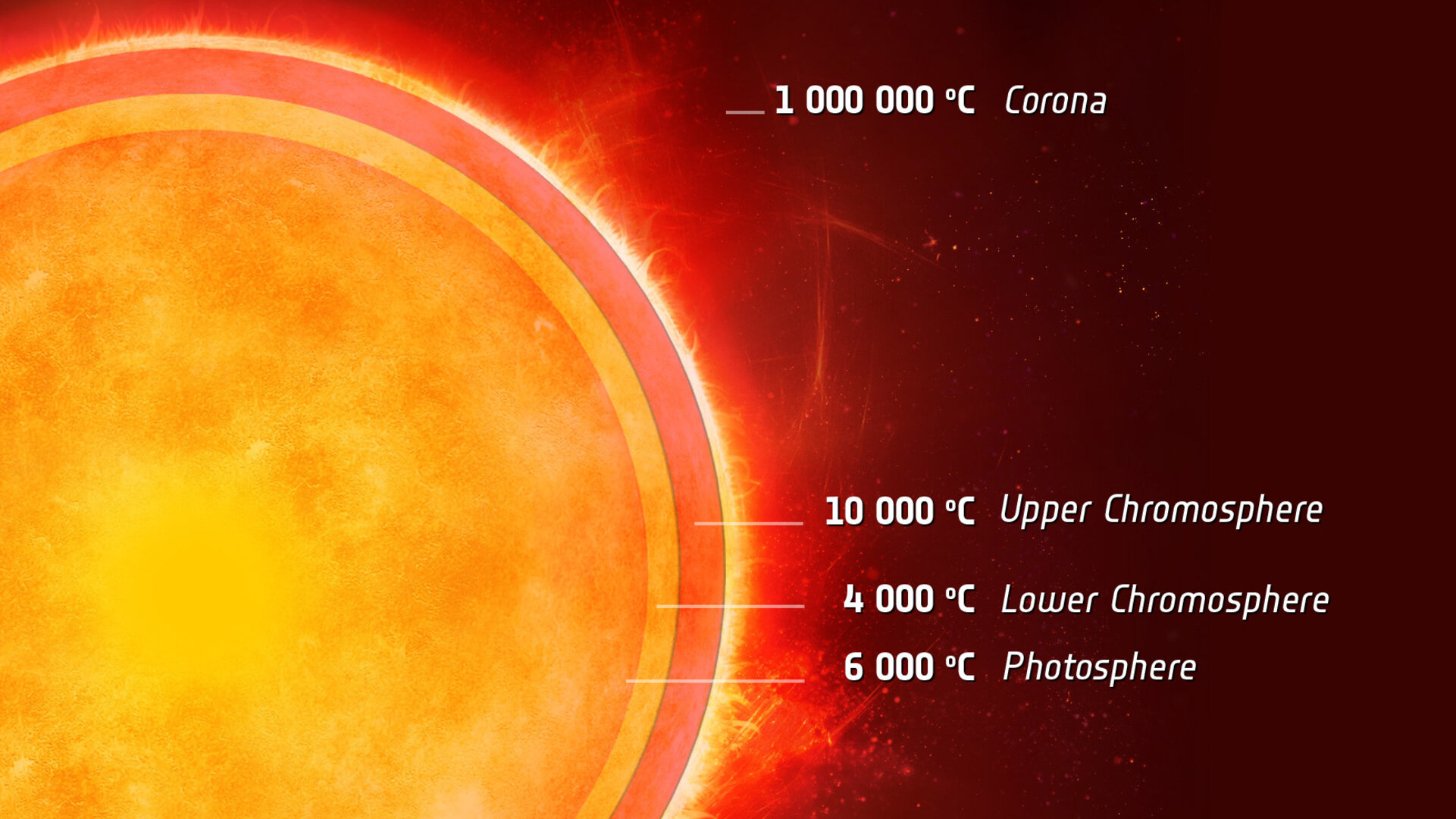 ESA’s Herschel space observatory has detected a cool layer in the atmosphere of Alpha Centauri A, the first time this has been seen in a star beyond our own Sun. The finding is not only important for understanding the Sun’s activity, but could also help in the quest to discover proto-planetary systems around other stars.

The Sun’s nearest neighbours are the three stars of the Alpha Centauri system. The faint red dwarf, Proxima Centauri, is nearest at just 4.24 light-years, with the tight double star, Alpha Centauri AB, slightly further away at 4.37 light-years.

Alpha Centauri B has recently been in the news after the discovery of an Earth-mass planet in orbit around it. But Alpha Centauri A is also very important to astronomers: almost a twin to the Sun in mass, temperature, chemical composition and age, it provides an ideal natural laboratory to compare other characteristics of the two stars.

One of the great curiosities in solar science is that the Sun’s wispy outer atmosphere – the corona – is heated to millions of degrees while the visible surface of the Sun is ‘only’ about 6000ºC. Even stranger, there is a temperature minimum of about 4000ºC between the two layers, just a few hundred kilometres above the visible surface in the part of Sun’s atmosphere called the chromosphere.

Both layers can be seen during a total solar eclipse, when the Moon briefly blocks the bright face of the Sun: the chromosphere is a pink-red ring around the Sun, while the ghostly white plasma streamers of the corona extend out millions of kilometres.

The heating of the Sun’s atmosphere has been a conundrum for many years, but is likely to be related to the twisting and snapping of magnetic field lines sending energy rippling through the atmosphere and out into space – possibly in the direction of Earth – as solar storms. Why there is a temperature minimum has also long been of interest to solar scientists.

Now, by observing Alpha Centauri A in far-infrared light with Herschel and comparing the results with computer models of stellar atmospheres, scientists have made the first discovery of an equivalent cool layer in the atmosphere of another star.

“The study of these structures has been limited to the Sun until now, but we clearly see the signature of a similar temperature inversion layer at Alpha Centauri A,” says René Liseau of the Onsala Space Observatory, Sweden, and lead author of the paper presenting the results.

“Detailed observations of this kind for a variety of stars might help us decipher the origin of such layers and the overall atmospheric heating puzzle.”

Understanding the temperature structure of stellar atmospheres may also help to determine the presence of dusty planet-forming discs around other stars like the Sun.

“Although it is likely only a small effect, a temperature minimum region in other stars could result in us underestimating the amount of dust present in a cold debris disc surrounding it,” says Dr Liseau.

“But armed with a more detailed picture of how Alpha Centauri A shines, we can hope to make more accurate detections of the dust in potential planet-bearing systems around other Sun-like stars.”

“These observations are an exciting example of how Herschel can be used to learn more about processes in our own Sun, as well as in other Sun-like stars and the dusty discs that may exist around them,” says Göran Pilbratt, ESA’s Herschel Project Scientist.

“α Centauri A in the far infrared. First measurement of the temperature minimum of a star other than the Sun,” by R. Liseau et al. is published in Astronomy & Astrophysics 549, L7 (2013).

The survey was conducted as part of the DUNES (Dust around Nearby Stars) Herschel Key Programme. Data were collected by the PACS instrument at 100 μm and 160 μm for the DUNES survey, and PACS 70 μm and 160μm and SPIRE 250 μm, 350 μm and 500 μm data obtained as part of the Hi-GAL programme were also analysed. Additional space- and ground-based infrared data were also included.