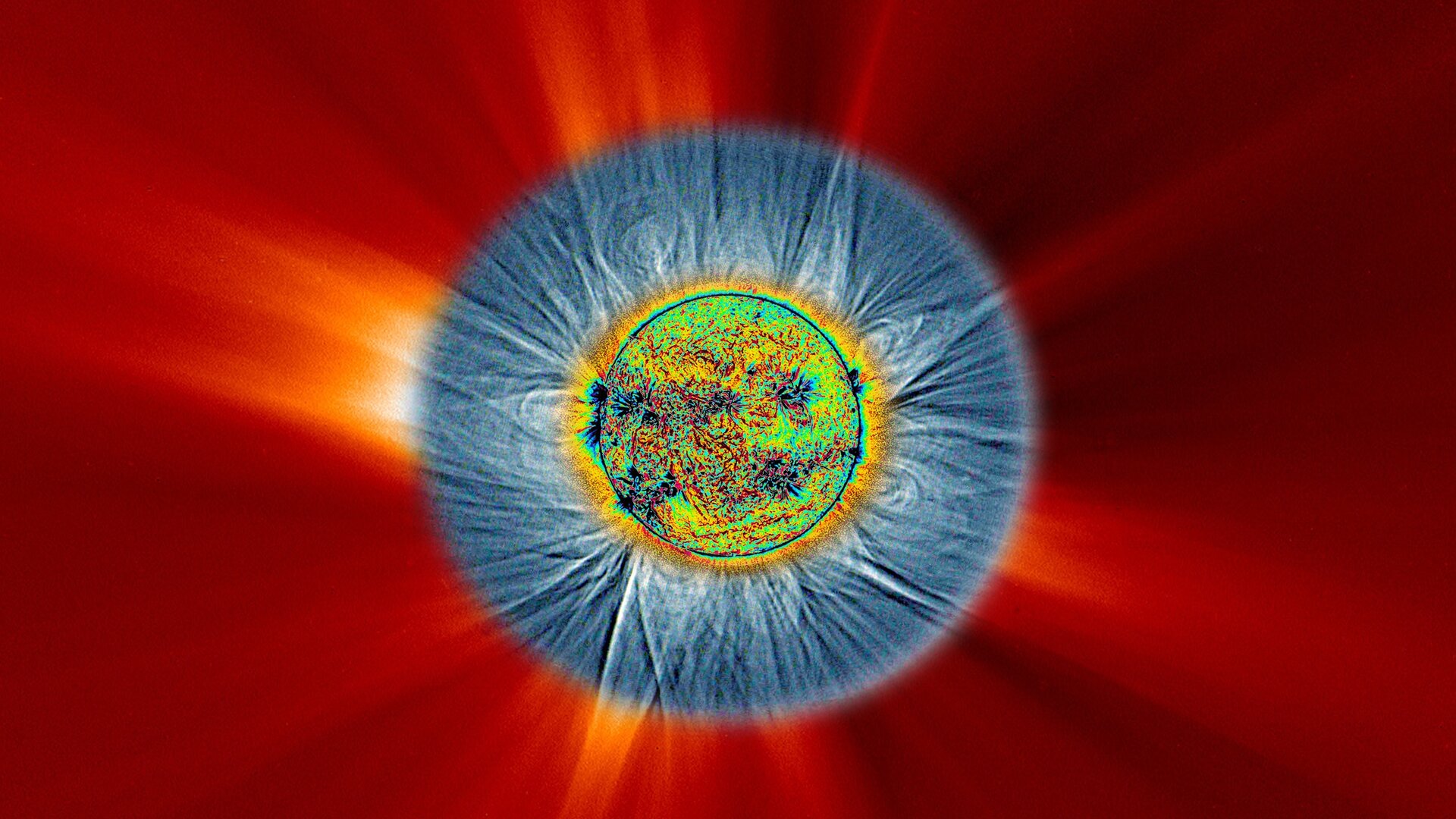 The Sun appears to be eyeballing us in this unique portrayal of the total solar eclipse last month, which combines ground-based images with views from the Proba-2 and SOHO satellites.

The colourful ‘pupil’ of this solar eye is created from ESA’s Proba-2 view of the solar disc at the time of the eclipse as observed from Earth.

The images were taken by the satellite’s SWAP imager, which observes the Sun in ultraviolet light.

The colours have been manipulated to distinguish between vastly different features, in particular to show the intensities of stormy active regions.

Dark blue sites represent sunspots, with bunches of magnetic field lines arching out from the surface. Sunspots are the footprints of some large solar flares and coronal mass ejections that are occasionally directed towards Earth.

The blue ‘iris’ is a composite of hundreds of white-light exposures taken continuously during the two-minute total eclipse as seen from northern Australia on 13 November.

Observing in visible light extremely close to the solar surface is only possible from the ground during eclipses when the solar disc is temporarily obscured by the Moon, briefly exposing the Sun’s atmosphere, or corona.

Loops of magnetic field lines and ‘streamers’ can clearly be seen in the white-light images, spilling over into the corresponding wide-field view from the ESA/NASA SOHO satellite as the solar wind blows these features out into space.

The connection between the ground- and space-based images provides a unique opportunity to correlate difficult-to-see regions of the Sun’s atmosphere, visible only during the fleeting moments of a total solar eclipse, with well-known features on the solar disc and the wider solar environment.

The image also reminds us that even as our planet’s northern hemisphere heads towards winter solstice this week, the Sun is still very active, with a magnetic environment that changes with every blink of an eye.