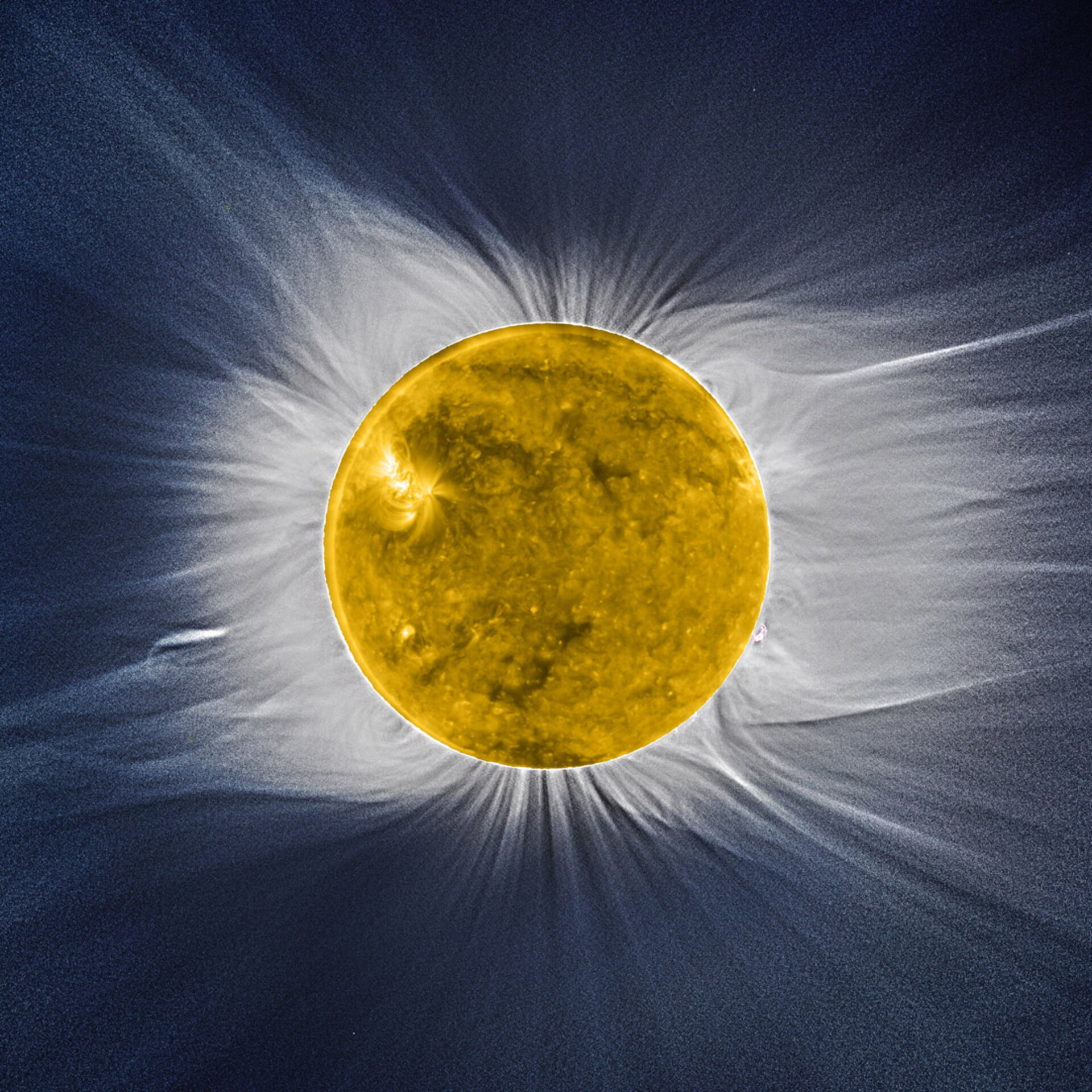 Tomorrow’s total solar eclipse will only be visible in its entirety to ground-based observers watching from northern Australia, but ESA’s Sun-watching Proba-2 satellite will have a ringside seat from its orbit around Earth.

During a total solar eclipse the Moon moves in front of the Sun as seen from Earth, their separation and alignment such that the Moon appears large enough to temporarily block out the Sun’s light.

An eerie light is cast over ground observers as the imposing black disc of the Moon briefly replaces the Sun’s bright face.

Totality – when the Sun is completely obscured – occurs tomorrow at 22:11:48 GMT over the South Pacific for four minutes and two seconds.

Observers along the east coast of Queensland, Australia, will be the lucky few to see the total eclipse, enjoying totality for about two minutes as the Sun rises 14 degrees above the horizon.

During totality the Sun appears to have a white halo – a rare glimpse of the Sun’s million-degree plasma atmosphere, or corona, which is too washed out by the Sun’s brightness to be observed normally.

In the image presented here, a Proba-2 image of the solar disc taken during the total eclipse of July 2010 is combined with ground-based images taken at the same time to reveal the exquisite details of the solar corona.

A snapshot of the ever-changing environment of the Sun’s magnetic field is momentarily exposed with plasma streaming out into space, alongside looping prominences seen much closer to the edge of the solar disc.

During tomorrow’s event Proba-2 will pass through the Moon’s shadow several times, catching three partial solar eclipses as it orbits around Earth. At the time of the total eclipse seen from Australia, however, Proba-2 will see the full solar disc, providing an ideal opportunity to compare the solar corona from the ground with observations of the Sun from space.

The satellite’s SWAP instrument will monitor the Sun in extreme ultraviolet light, while LYRA will measure solar output, which will become less intense as more of the Sun is obscured.

Please take care if you are lucky enough to be observing this event: observing the Sun with the naked eye is extremely dangerous and will cause permanent blindness. Please use certified equipment such as solar eclipse glasses, or a solar telescope under professional guidance.