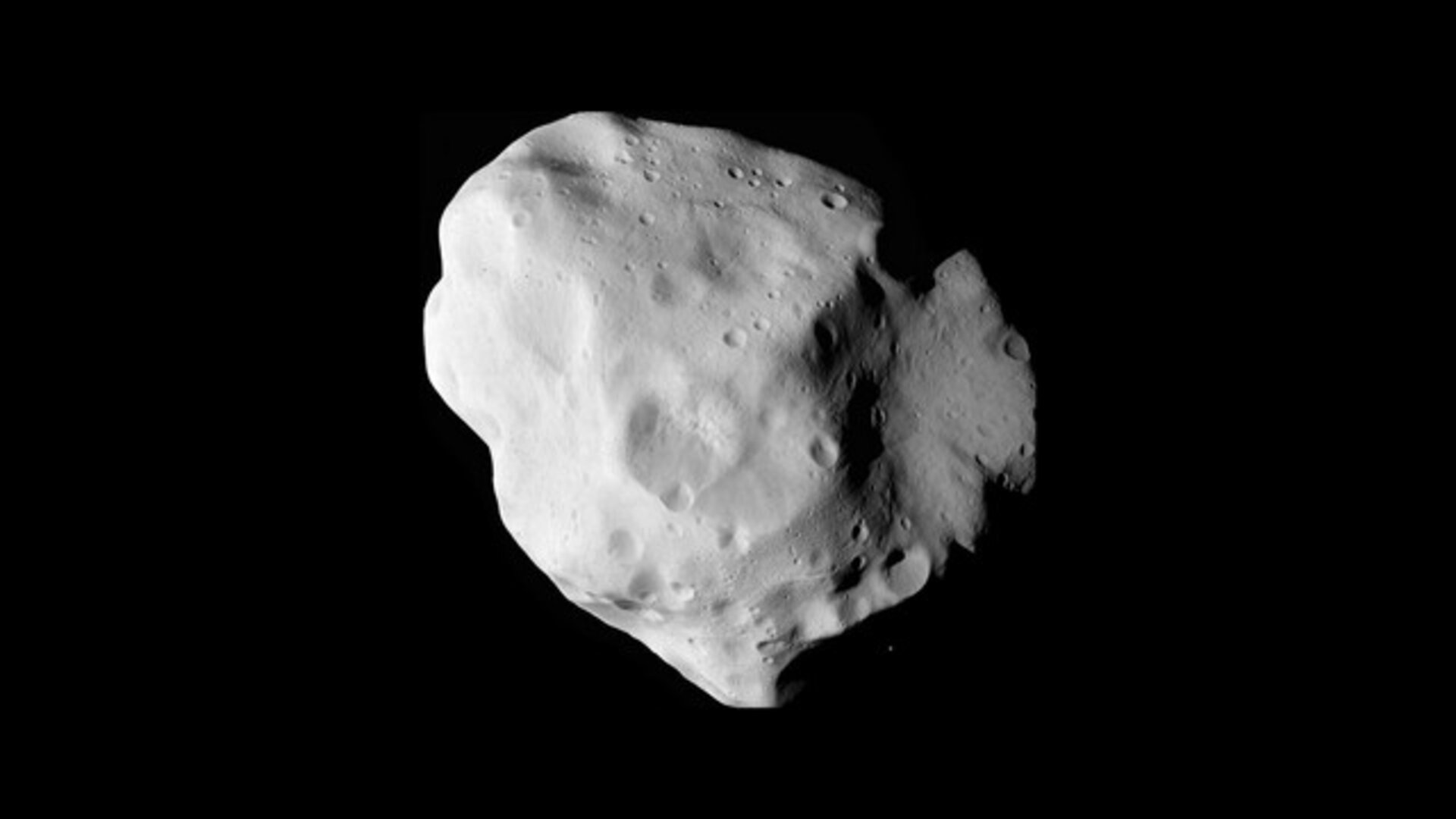 The long and tumultuous history of asteroid Lutetia was revealed by ESA’s Rosetta spacecraft as it raced past this large, ancient asteroid.

This spectacular movie shows a sequence of images snapped by Rosetta as it flew past the main-belt asteroid on 10 July 2010.

The sequence begins nine and a half hours before Rosetta made its closest pass, when the asteroid still appeared like a distant tumbling speck seen from a distance of 500 000 km.

Surface features quickly loom into view and the movie concludes six minutes after closest approach, with Rosetta 6300 km from the asteroid.

A wide variety of impact craters and other features that scar the surface of Lutetia, all revealed for the first time, provide a window into the asteroid’s geological past.

Perhaps the most prominent feature is a 57 km-wide crater that marks one of the most dramatic collision events in the asteroid’s long history. Lutetia’s oldest craters are estimated to be 3.4–3.7 billion years old, while the youngest regions are just a few tens of millions of years old.

Networks of grooves, fractures and fault lines suggest that seismic events also played a role in shaping the asteroid’s surface.

Lutetia is thought to be a survivor from the very earliest period of Solar System formation some 4.5 billion years ago, and may even have tried to grow a metal heart, just like the planets.

The Rosetta spacecraft is now on its way to rendezvous with comet 67P/Churyumov–Gerasimenko in May 2014. A few months later, its Philae probe will separate to make the first controlled landing on a comet.