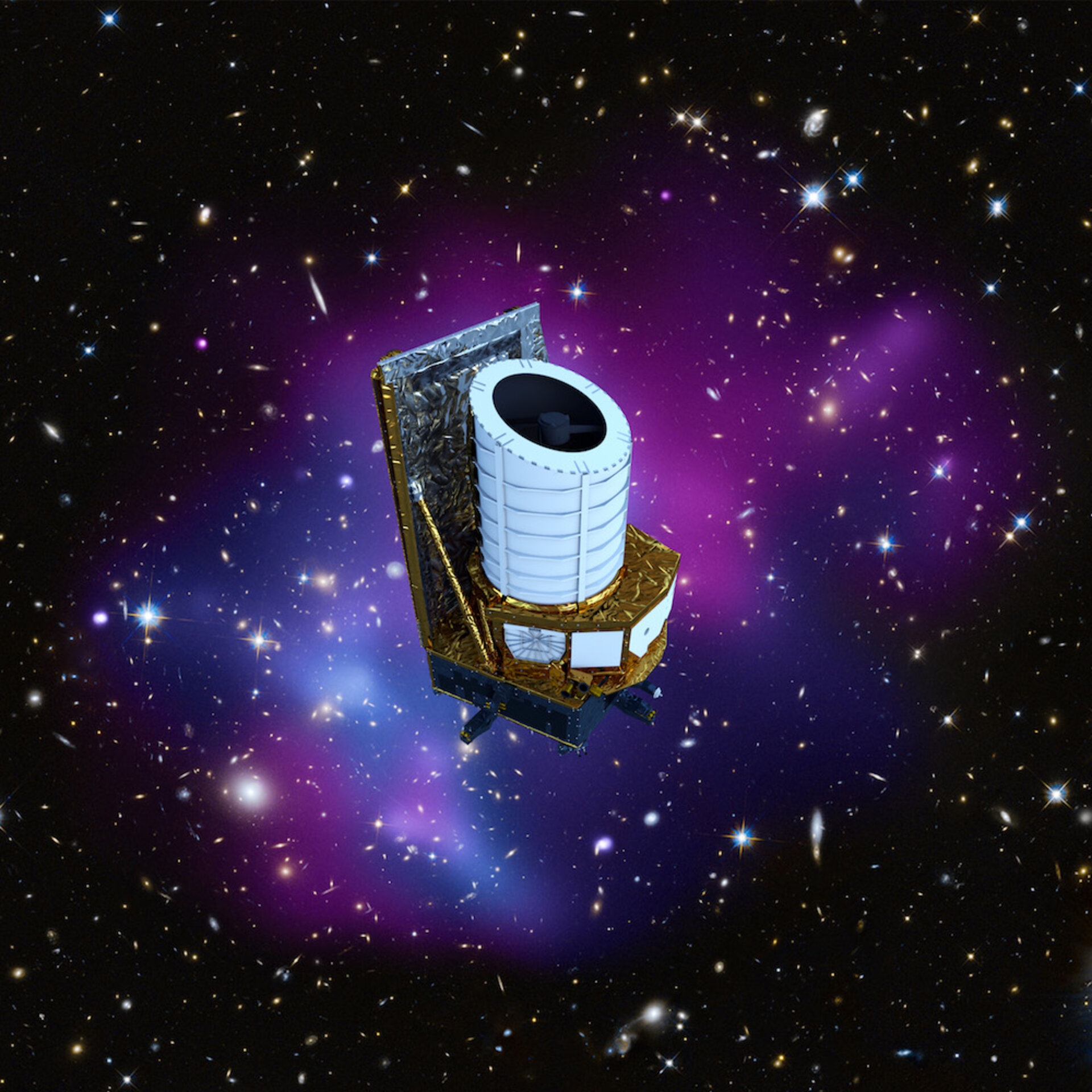 Arianespace and ESA today announced the signature of a launch services contract for the Euclid satellite – with the mission’s timeframe for liftoff starting in mid-2022 from the Guiana Space Centre, Europe’s Spaceport in French Guiana.

Euclid is a medium-class astronomy and astrophysics space mission in ESA’s Cosmic Vision 2015–2025 scientific programme to investigate the history of the expansion of our Universe over the past 10 billion years, looking into the current acceleration of cosmic expansion fueled by a mysterious component referred to as dark energy, and the growth of cosmic structures driven by the presence of dark matter. To this aim, Euclid will survey galaxies at a variety of distances from Earth in visible and near infrared wavelengths, over an area of the sky covering more than 35% of the celestial sphere. 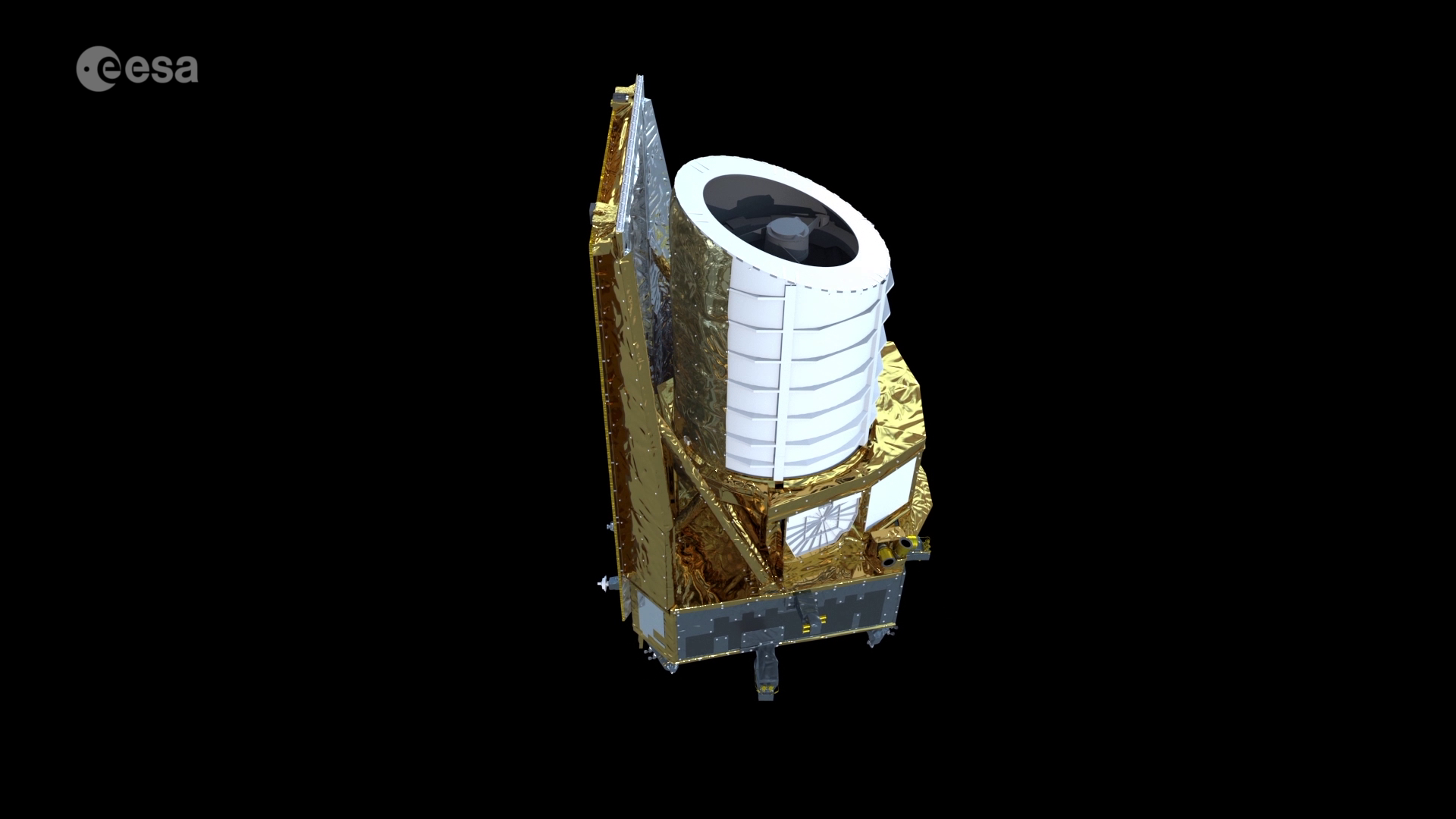 According to Albert Einstein’s general theory of relativity, gravity – the fundamental force that rules the Universe on its largest scales – is intimately linked to the geometry of spacetime, hence the mission concept was called Euclid, honouring the Greek mathematician Euclid of Alexandria who is considered as the father of geometry.

The Euclid mission will use either a Soyuz or an Ariane 62 launch vehicle from Europe’s Spaceport in French Guiana, with a launch timeframe starting in mid-2022.

The satellite will have a mass at liftoff of approximately 2160 kg and will orbit around the Sun at an average distance of 1.5 million km beyond Earth’s orbit. This special location, known as the L2 Lagrangian point, keeps pace with Earth as it orbits the Sun. Euclid’s planned mission lifetime is six years.

To accomplish the Euclid mission, ESA has selected Thales Alenia Space as the prime contractor, as well as for the construction of its Service Module (SVM). Airbus Defence and Space is providing the Payload Module (PLM), including the telescope.

Following the contract signature, Günther Hasinger, ESA’s Director of Science, said: “Euclid will scrutinise the very nature of our Universe, shedding light on its dark side – the mysterious dark matter and dark energy – and building up on the great progresses made in cosmology over the past decades, which were recently recognised with a share in this year’s Physics Nobel Prize. We’re thrilled to confirm Euclid has a ticket to ride on a launcher operated by Arianespace, and we are delighted to continue working with our responsible and reliable partner to fulfil the ambitious goals of our space science programme.”

Stéphane Israël, Chief Executive Officer of Arianespace, added: “Six months after being awarded the Juice (Jupiter Icy moons Explorer) mission, Arianespace is proud to start 2020 by announcing a new iconic scientific launch for ESA. With the goal of better understanding our Universe, launching this mission aboard an Ariane 62 or Soyuz is further proof of Arianespace’s ability to offer independent access to space for Europe’s ambitions.”