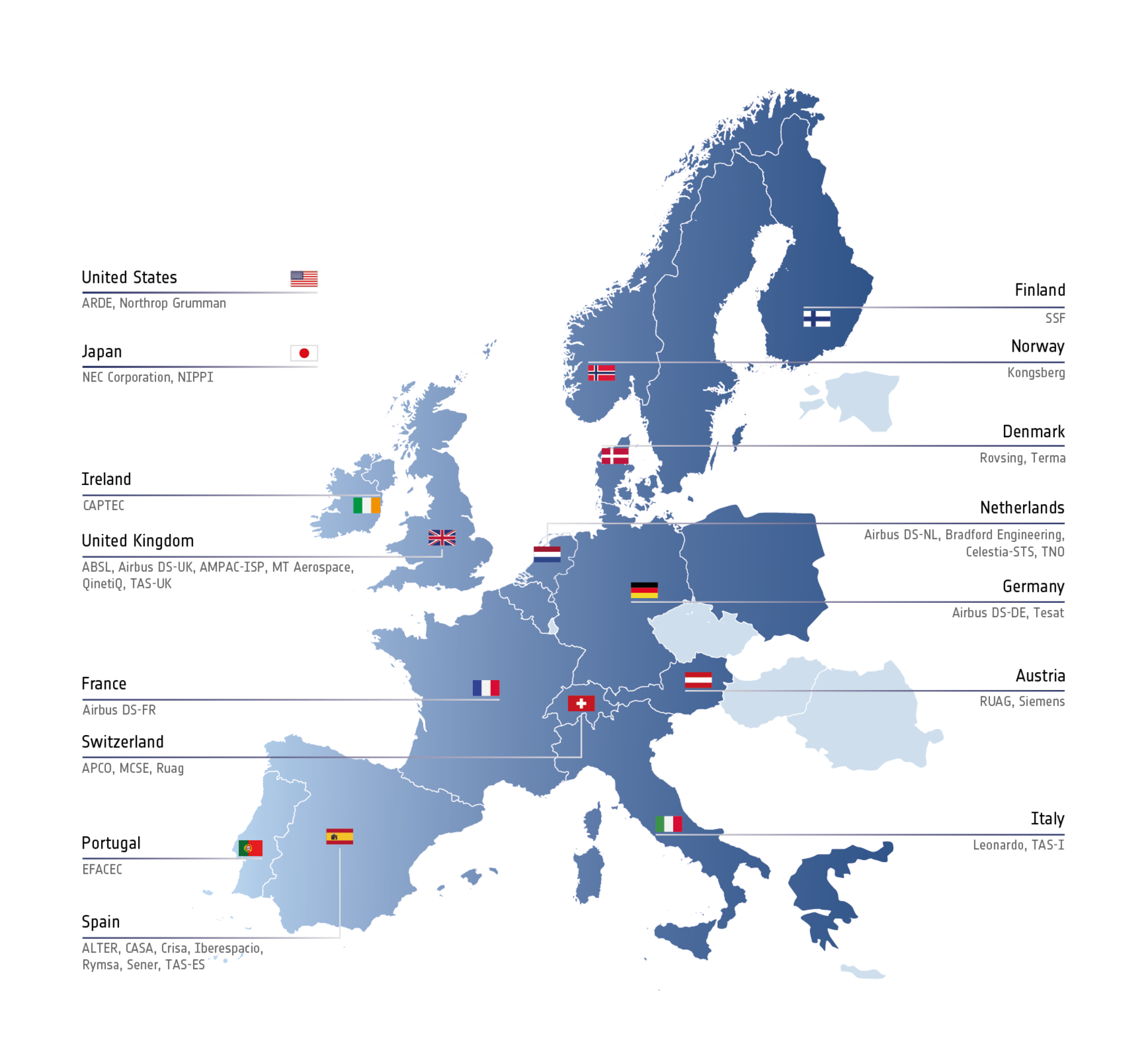 BepiColombo is the result of major international cooperation, with ESA being responsible for the overall mission design.

Airbus Defence and Space in Germany is the prime contractor for the design and procurement of the ESA parts of the spacecraft, including MPO, MTM, MMO’s sunshield, and the interface between MPO and MMO. Furthermore, it provided the design and development of the data management, attitude and orbit control subsystems, and solar arrays.

Thales Alenia Space Italy is the co-prime contractor for the development of the MPO’s electrical power, thermal control and communications systems and for the integration and test activities.

MMO was designed and developed by JAXA, who in turn was responsible for procuring the spacecraft from an industrial team led by NEC Corporation.