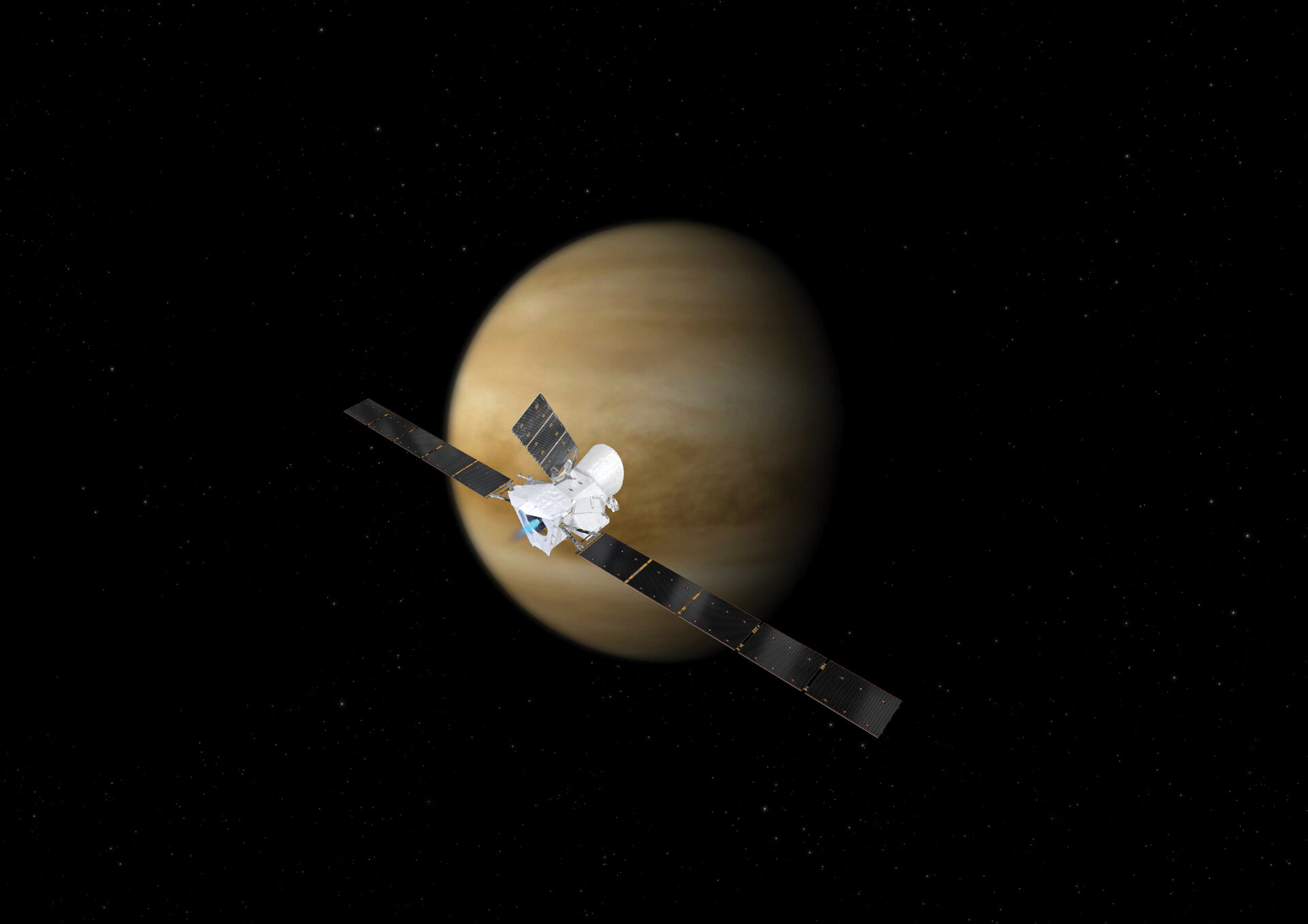 Next October, Venus will be the focus of an international campaign of coordinated observations as the ESA-JAXA BepiColombo makes its first flyby of the planet.

The collaboration aims to shed new light on the thick and complex atmosphere of Venus. Plans for the campaign and a call for ground-based astronomers to participate have been announced today by Dr Yeon Joo Lee of TU Berlin and Dr Valeria Mangano of INAF-IAPS at the EPSC-DPS Joint Meeting in Geneva.

On 15 October 2020, the ESA-JAXA BepiColombo spacecraft will pass close to Venus in the first of two flybys of the planet during the mission’s long journey to Mercury. The encounter will provide an unmissable opportunity to cross-check the accuracy of BepiColombo’s instrumentation with that of JAXA’s Venus orbiter, Akatsuki, and for the two missions to work together with Earth-based observers to study Venus’s atmosphere from multiple viewpoints and at different scales.

BepiColombo launched on 20 October 2018, at 01:45 UTC. It consists of two scientific orbiters, ESA’s Mercury Planetary Orbiter (MPO) and JAXA’s Mercury Magnetospheric Orbiter (MMO, renamed at launch ‘Mio’), which are designed to explore Mercury and its environment. The mission will go into orbit around Mercury in December 2025. BepiColombo will use encounters with Venus in October 2020 and August 2021 to help it spiral onto an orbital path where it can catch up with fast-moving Mercury, which whizzes round the Sun every 88 days.

Eight out of the eleven instruments onboard the MPO will be able to operate at Venus. While this suite of sensors has been designed to study the rocky, atmosphere-free environment at Mercury, the MPO instrumentation will be able to contribute valuable science at Venus during the flyby.

In particular, MPO’s thermal infrared spectrometer and radiometer (MERTIS) will provide temperature and density profiles and study the chemical composition and cloud cover in the mid-altitude atmosphere. This will be the first time observations of this kind have been made since the Russian Venera 15 mission in 1983. MPO’s UV spectrometer (PHEBUS) may provide UV range reflectivity from the clouds and emissions from the upper atmosphere while its approaching to Venus. Six other instruments on both MPO and Mio will study the interaction between the Sun and Venus’s upper atmosphere. The magnetometers on each spacecraft will study the magnetic environment.

The infrared and ultraviolet instruments will make coordinated observations with the corresponding cameras onboard Akatsuki (LIR and UVI). Earth-based telescopes, such as the Canada France Hawaii Telescope (CHFT), the NASA Infrared Telescope Facility (IRTF), and the Earth-orbiting Hisaki ultraviolet astronomy satellite, will contribute a different viewing perspective and enable global mapping of atmospheric features at Venus.

Yeon Joo Lee, said: “The opportunity to use all these instruments simultaneously will give us access to multiple wavelengths to probe different altitudes of the atmosphere and to distinguish the different gases present. Simultaneous observations from a close-up to a global view mean that we can study physical processes on the planet at a variety of scales, from convection across a few tens of kilometres to global circulation patterns. The different viewing angles and distances of all the spacecraft and telescopes involved will enable us to see what’s happening on the dayside and the nightside of the planet and how processes evolve over time, which can be missed by just one mission.”

Akatsuki has made several significant discoveries since arriving at Venus, including global scale waves in the Venusian atmosphere, complex variations in cloud cover and surprising decadal variations of a mysterious constituent of the atmosphere that absorbs of ultraviolet radiation.

Valeria Mangano said: “These collaborative Venus observations with BepiColombo, Akatsuki, and Earth-based telescopes will provide important data to put these recent findings on atmospheric structure and dynamics of Venus into context and improve our understanding of the planet. Should this campaign be fruitful, the effort will be repeated a second time during the next Venus flyby of BepiColombo on 10th August 2021, when a much closer flyby at Venus will happen at less than 1,000 kilometres.”

This article was published by the Europlanet press office today.