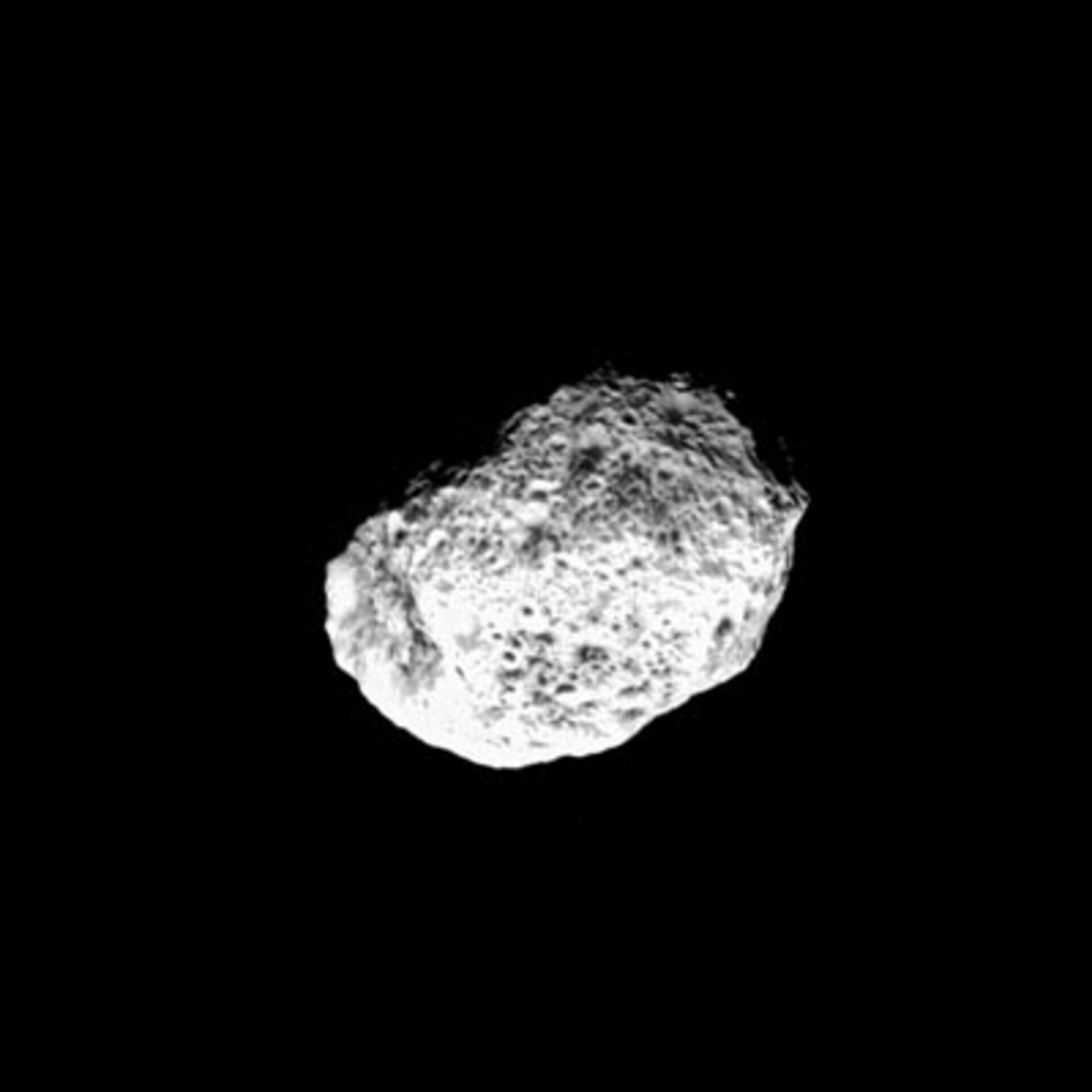 As the spacecraft whizzes past, Hyperion's unusual shape is most apparent. The jagged outlines are indicators of large impacts chipping away at Hyperion's shape. Hyperion's irregular dimensions are 164 by 130 by 107 kilometres.

These Cassini images are the best views yet of one of the large, low-density objects that orbit Saturn. Hyperion is close to the size limit where internal pressure due to the moon's gravity will begin to crush weak materials like ice, closing pore spaces and eventually creating a more spherical shape.

However, this moon has a very irregular shape and preliminary estimates of its density show that it is only about 60 percent as dense as solid water ice. This suggests that much of its interior (40 percent or more) must be empty space.

The low density further suggests that Hyperion is mostly made of water ice, with a low rock and metal content. If the moon had significant higher density components, its implied porosity would be significantly higher than 50 percent.

The dark material on the surface is therefore likely a minor component, possibly originating from impacts of dark material, as seen on Iapetus.

Hyperion's elliptical orbit and irregular shape influence its chaotic tumbling. Further, because it is in a resonance orbit with the giant moon Titan, impact debris ejected with sufficient energy does not come to rest again on Hyperion. Instead, debris is tugged gravitationally into Titan's orbit, where it impacts the large smoggy moon.

Cassini will have one more close, targeted fly-by of Hyperion on 26 September 2005.