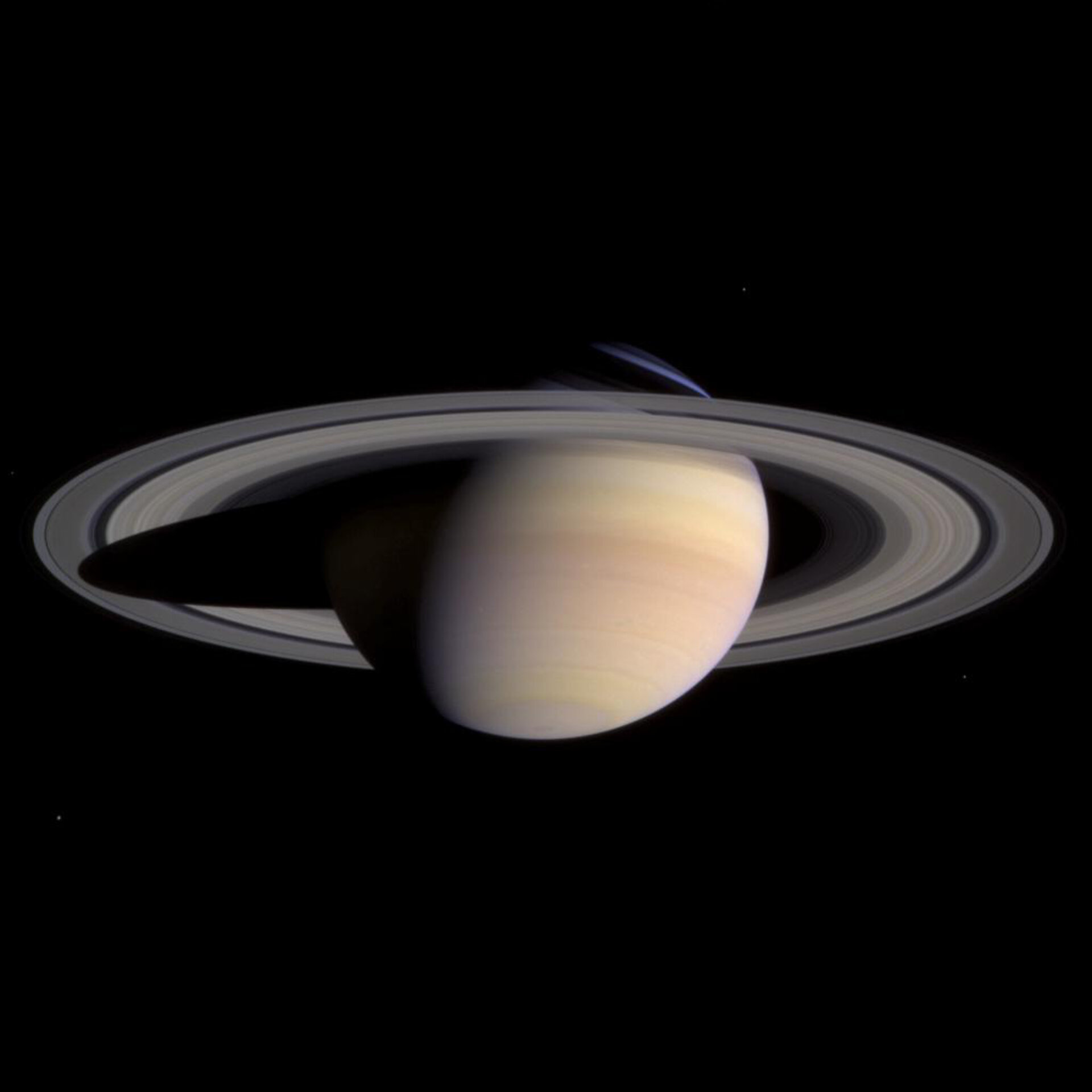 Saturn and its rings completely fill the field of view of the narrow-angle camera on the NASA/ESA/ASI Cassini-Huygens spacecraft.

Colour variations between atmospheric bands and features in the southern hemisphere of Saturn, as well as subtle colour differences across the planet’s middle B ring, are now more distinct than ever.

These variations generally imply different compositions. The nature and causes of any compositional differences in both the atmosphere and the rings are major questions to be investigated by Cassini scientists as the mission progresses.

The bright blue sliver of light in the northern hemisphere is sunlight passing through the 'Cassini Division' in Saturn's rings and being scattered by the cloud-free upper atmosphere.

Two faint dark spots are visible in the southern hemisphere. These spots are close to the latitude where Cassini-Huygens saw two storms merging in mid-March. The fate of the storms visible here is unclear. They are getting close and will eventually merge or squeeze past each other.