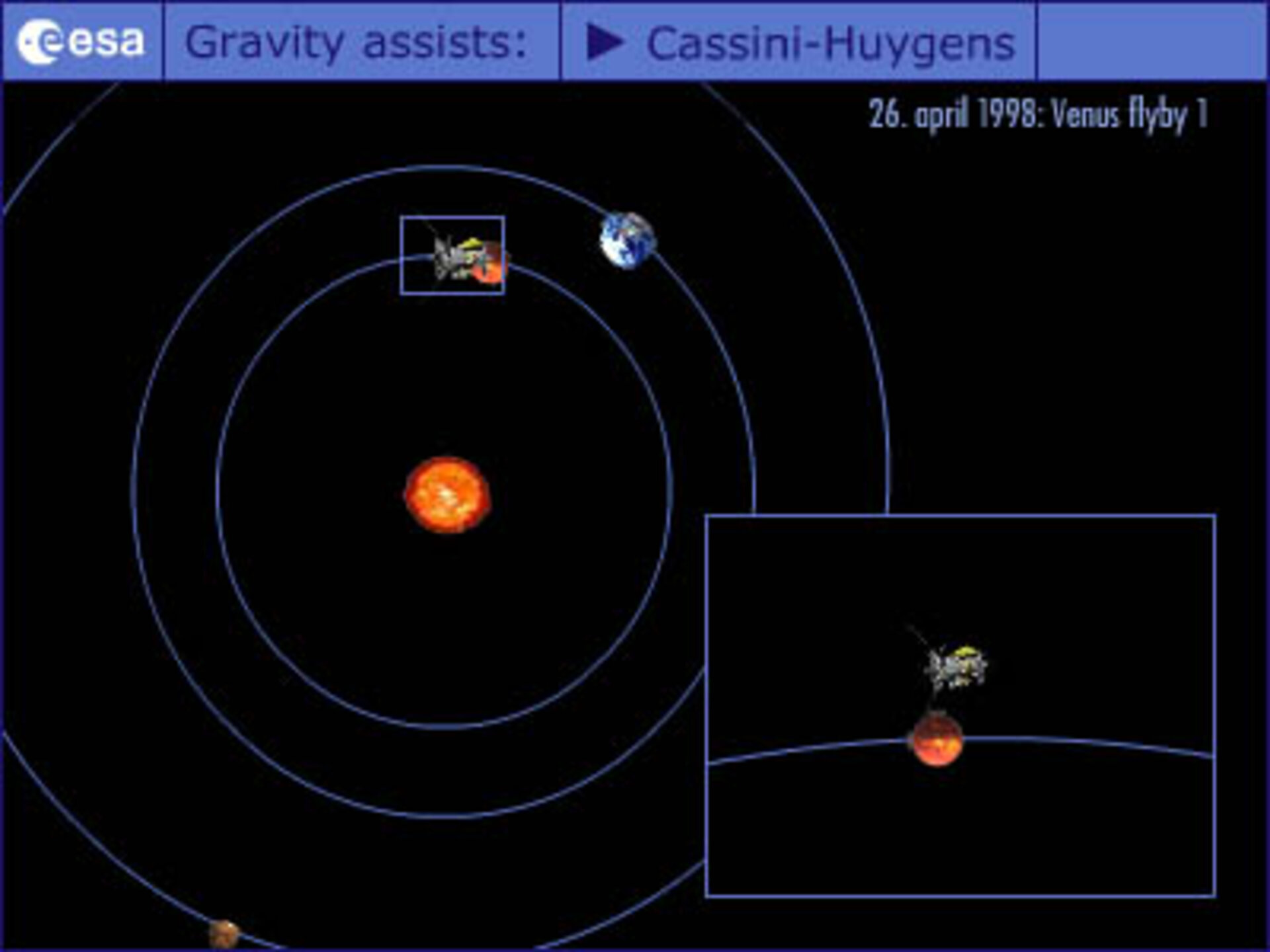 When a spacecraft launches on a mission to another planet it must first break free of the Earth’s gravitational field. Once it has done that, it enters interplanetary space, where the dominant force is the gravitational field of the Sun.

Sometimes passing a planet can result in the spacecraft being accelerated, even without the spacecraft firing any of its thrusters. This is known as the 'slingshot' effect.  Such 'gravity assist' manoeuvres are now a standard part of spaceflight and are used by almost all ESA interplanetary missions. They take advantage of the fact that the gravitational attraction of the planets can be used to change the trajectory and speed of a spacecraft.

ESA’s comet-chasing Rosetta mission launched in 2004 and is using slingshot manoeuvres to reach its destination, Comet 67P/Churyumov-Gerasimenko, in 2014. It has received gravitational ‘kicks’ from close flybys of Mars (2007) and Earth (2005, 2007 and 2009). Rosetta has also made close flybys of two asteroids.