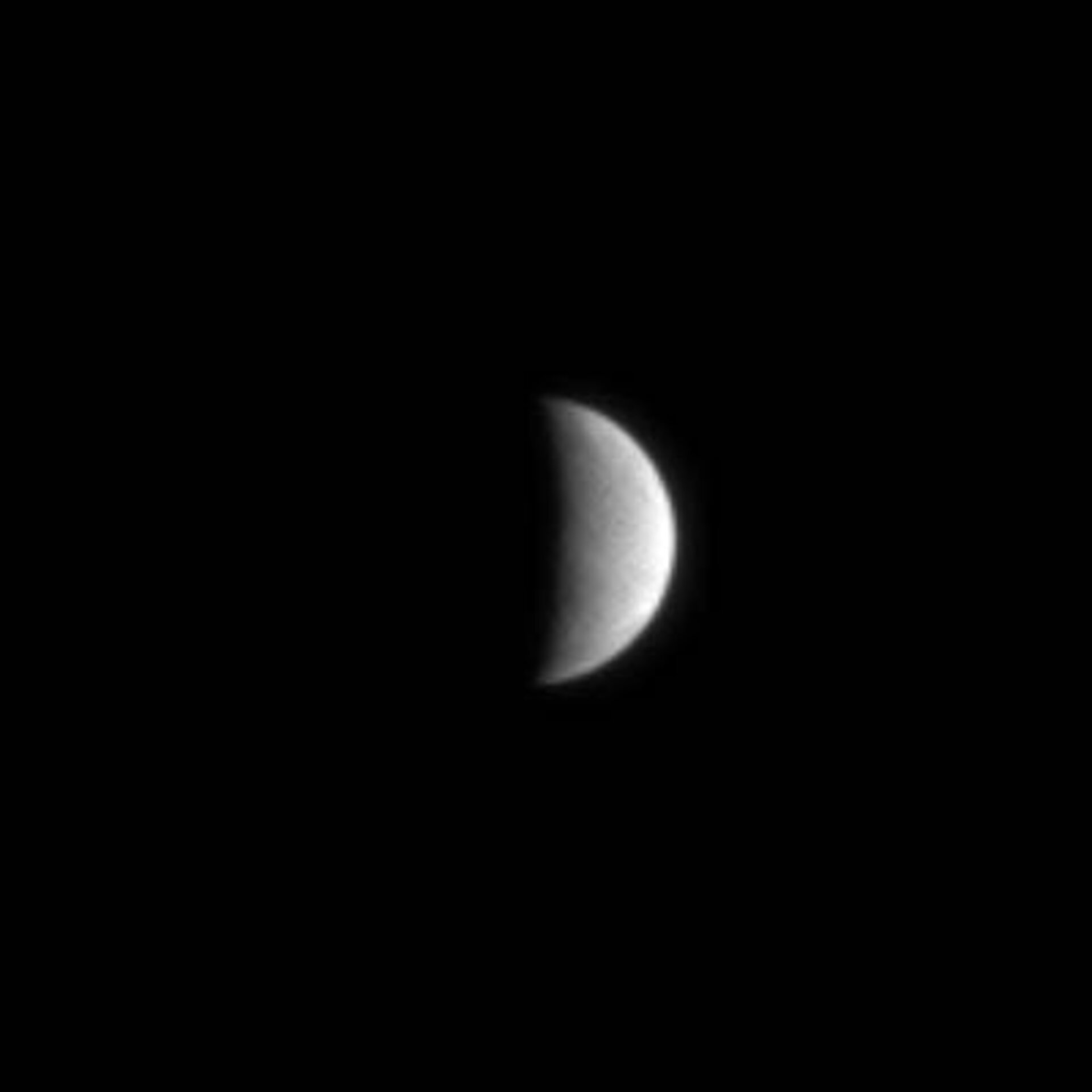 Reflecting greater than 90 percent of the incident sunlight, this is Saturn's brilliant jewel, the water-ice covered Enceladus (499 kilometres across).

Enceladus is the most reflective body in the Solar System, and was the source of much surprise during the Voyager era. Enceladus exhibits both smooth and lightly cratered terrains that are criss-crossed by linear, groove-like features.

It also has characteristics similar to those of Jupiter's moons, Ganymede and Europa, making it one of Saturn's most enigmatic moons.

Cassini will investigate its rich geological record in a series of four planned close fly-bys. The first fly-by is scheduled for 17 February 2005.