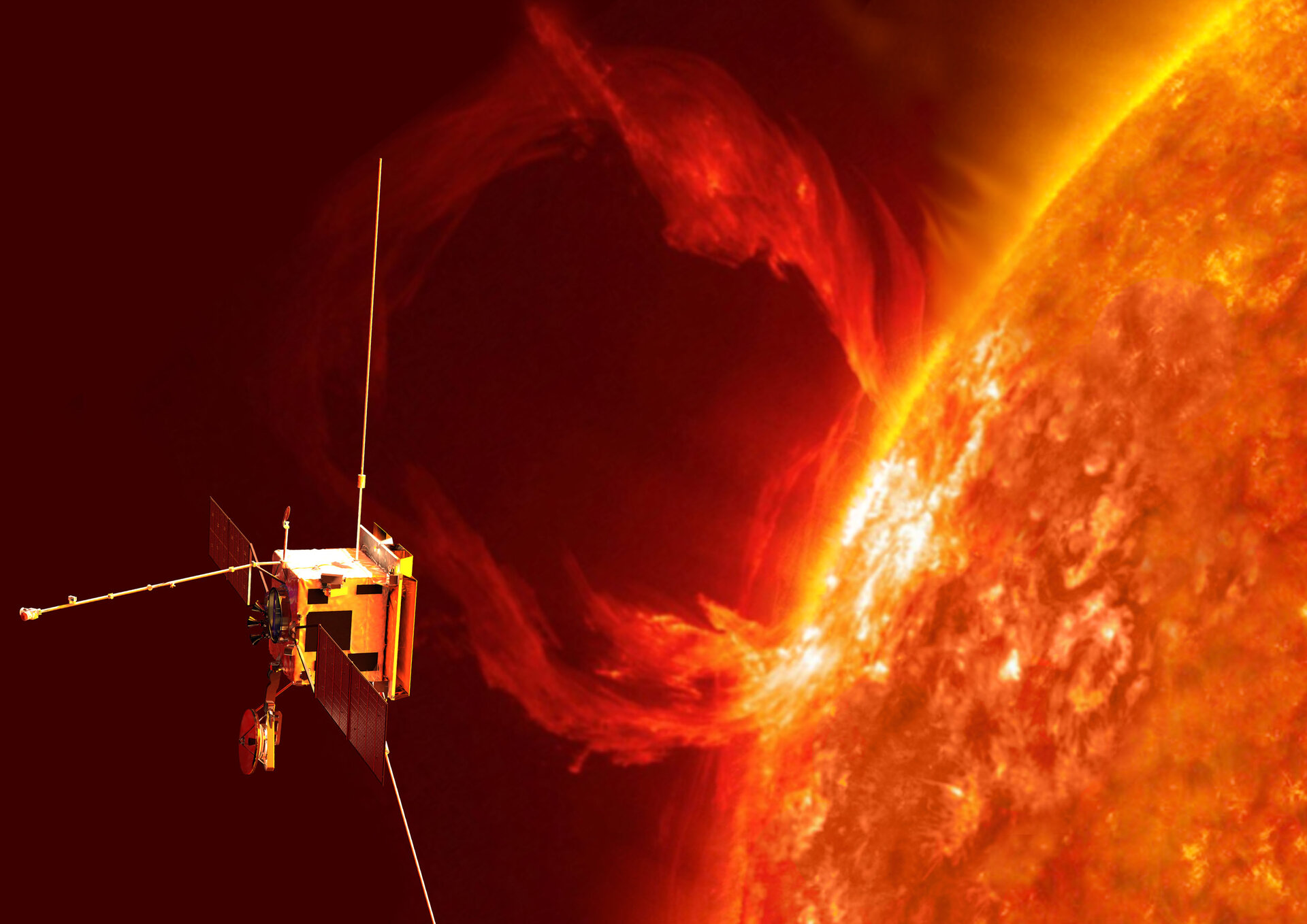 ESA has awarded the contract to build its next-generation Sun explorer to Astrium UK. Solar Orbiter will investigate how the Sun creates and controls the heliosphere, the extended atmosphere of the Sun.

Prof. Alvaro Giménez Cañete, ESA Director of Science and Robotic Exploration and Miranda Mills, National Director – Earth Observation, Navigation and Science of Astrium signed the contract on 26 April on the occasion of a ceremony celebrating 50 years of the UK in space.

The signature marks the start of the development and construction phase of Solar Orbiter, due for launch in 2017. Astrium UK will lead a team of European companies who will supply various parts of the spacecraft. The contract carries a value of about €300 million, one of the largest ever signed between the ESA Science Programme and a UK company.

In addition, ten scientific instruments will be funded by the Member States of ESA and the United States, and developed by teams led by Principal Investigators from Belgium, France, Germany, Italy, Spain, Switzerland, the UK, and the US.

Solar Orbiter continues a long tradition of European Sun explorers, including Helios 1 and 2, Ulysses, and SOHO, all in partnership with NASA, as well as ESA’s PROBA-2.

They have all prepared the ground for Solar Orbiter to advance our understanding of how the Solar System works, one of the major scientific questions of ESA’s Cosmic Vision 2015–2025 programme.

Solar Orbiter will investigate the connections and the coupling between the Sun and the heliosphere, a huge bubble in space created by the solar wind that extends far beyond our Solar System. It is through this wind that solar activity can cause auroras and disrupt satellite-based communication.

To get a close-up view of the Sun and to observe the solar wind before it becomes disrupted, Solar Orbiter will fly to within 45 million kilometres of the Sun, closer than Mercury. It will image the poles for the first time, helping us understand how the Sun generates its magnetic field.

“Solar Orbiter is a fantastic mission,” said Prof. Giménez Cañete. “It will help us understand how the Sun, essential to almost all life on Earth, forms the heliosphere and the origin of space weather, which can have an enormous influence on our modern civilisation.”

“I am delighted that Astrium has won Solar Orbiter, which reaffirms our leading position in science and exploration missions. Solar Orbiter is the second prime contract awarded by ESA to Astrium in less than six months. This contract builds on our unrivalled heritage in solar missions which includes the SOHO satellite which is still operational after 17 years providing valuable data for solar scientists across the world”, said Colin Paynter, Head of Astrium UK.

Solar Orbiter is an ESA-led mission with participation from NASA, who will contribute the launcher, one full instrument and one sensor.