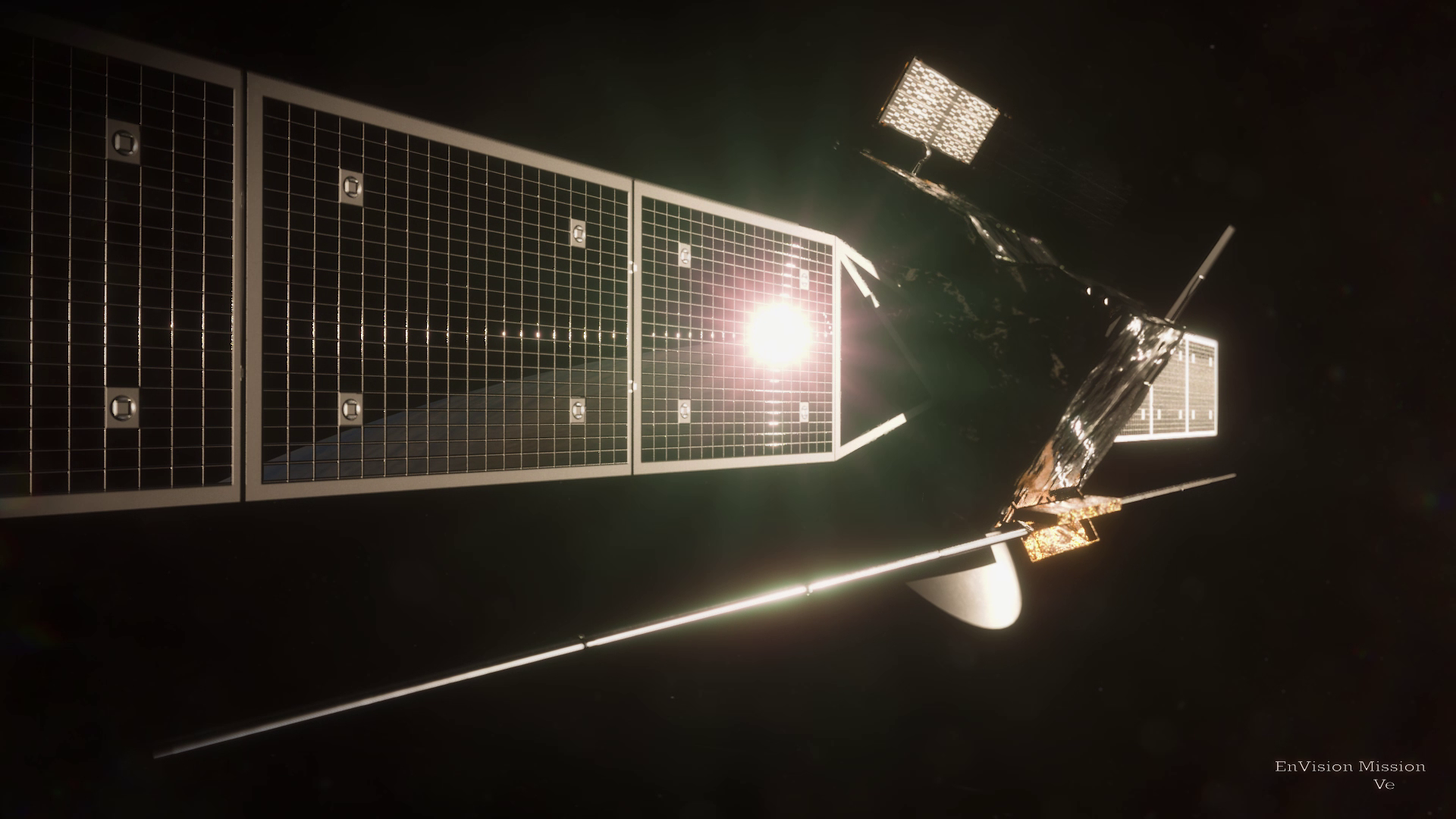 EnVision will be ESA’s next Venus orbiter, providing a holistic view of the planet from its inner core to upper atmosphere to determine how and why Venus and Earth evolved so differently.

The mission was selected by ESA’s Science Programme Committee on 10 June as the fifth Medium-class mission in the Agency’s Cosmic Vision plan, targeting a launch in the early 2030s.

“A new era in the exploration of our closest, yet wildly different, Solar System neighbour awaits us,” says Günther Hasinger, ESA Director of Science. “Together with the newly announced NASA-led Venus missions, we will have an extremely comprehensive science programme at this enigmatic planet well into the next decade.”

A key question in planetary science is why, despite being roughly the same size and composition, our next-door neighbour in the inner Solar System experienced such a dramatic climate change: instead of being a habitable world like Earth, it has a toxic atmosphere and is enshrouded with thick sulphuric acid-rich clouds. What history did Venus experience to arrive at this state and does this foretell Earth’s fate should it, too, undergo a catastrophic greenhouse effect? Is Venus still geologically active? Could it have once hosted an ocean and even sustained life? What lessons can be learned about the evolution of terrestrial planets in general, as we discover more Earth-like exoplanets?

EnVision’s innovative instrument package will tackle these big questions. It will be equipped with a suite of European instruments including a sounder to reveal underground layering, and spectrometers to study the atmosphere and surface. The spectrometers will monitor trace gases in the atmosphere and analyse surface composition, looking for any changes that might be linked to signs of active volcanism. A NASA-provided radar will image and map the surface. In addition, a radio science experiment will probe the planet’s internal structure and gravity field as well as investigate the structure and composition of the atmosphere. The instruments will work together to best characterise the interaction between the planet’s different boundaries – from the interior to surface to atmosphere – providing an all-encompassing global view of the planet and its processes.

EnVision follows on from ESA’s highly successful Venus Express (2005-2014) that focused primarily on atmospheric research, but which also made dramatic discoveries that pointed to possible volcanic hotspots on the planet’s surface. JAXA’s Akatsuki spacecraft has also been studying the atmosphere since 2015. EnVision will significantly improve on the radar images of the surface obtained by NASA’s Magellan in the 1990s. Working together with NASA’s upcoming DAVINCI+ (Deep Atmosphere Venus Investigation of Noble gases, Chemistry, and Imaging) and VERITAS (Venus Emissivity, Radio Science, InSAR, Topography, and Spectroscopy) missions, the trio of new spacecraft will provide the most comprehensive study of Venus ever. 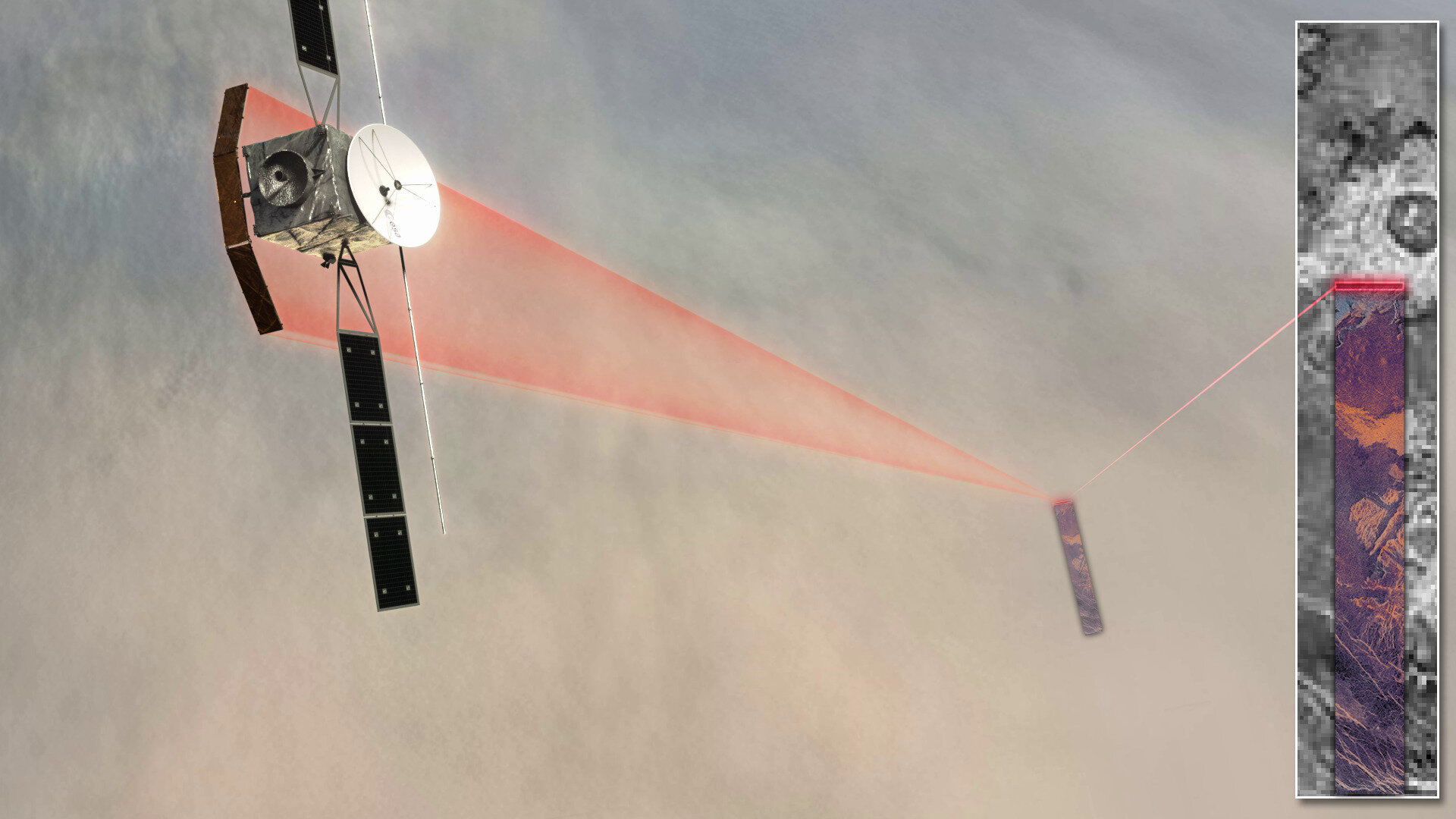 “EnVision benefits from collaboration with NASA, combining excellence in European and American expertise in Venus science and technology, to create this ambitious mission,” says Günther.
“EnVision further strengthens Europe’s role in the scientific exploration of the Solar System. Our growing mission fleet will give us, and future generations, the best insights ever into how our planetary neighbourhood works, particularly relevant in an era where we are discovering more and more unique exoplanet systems.”

“We are thrilled to contribute to ESA’s exciting new mission to investigate Venus,” says Thomas Zurbuchen, NASA’s associate administrator for science. “EnVision leverages strengths in instrument development by both our agencies. Combined with NASA’s Discovery missions to Venus, the science community will have a powerful and synergistic set of new data to understand how Venus formed and how the surface and atmosphere changed over time.”

Following an initial call for the fifth Medium-class mission concept in 2016, the final competition came down to EnVision and Theseus, the Transient High-Energy Sky and Early Universe Surveyor. Theseus would monitor transient events across the whole sky and in particular focus on gamma-ray bursts from the Universe’s first billion years, to help shed light on the life cycle of the first stars. While EnVision was recommended by the Senior Science Committee, it was recognised that Theseus also has a highly compelling science case that could make extremely important contributions to the field.

The next step for EnVision is to move to the detailed ‘Definition Phase’, in which the design of the satellite and instruments is finalised. Following the design phase, a European industrial contractor will be selected to build and test EnVision, which is foreseen to launch on an Ariane 6 rocket. The earliest launch opportunity for EnVision is 2031, with other possible options in 2032 and 2033. The spacecraft would take around 15 months to reach the planet, with a further 16 months to achieve orbit circularisation through aerobraking. Its 92-minute orbit will be quasi-polar with an altitude of between 220 km and 540 km.

Notes for Editors
EnVision is an ESA-led mission with important contributions from NASA, which will provide VenSAR (Synthetic Aperture Radar), as well as Deep Space Network support. The other payload instruments are contributed by ESA member states, with ASI, DLR, BelSPO, and CNES leading the procurement of SRS (Subsurface Sounding Radar), VenSpec-M, VenSpec-H and VenSpec-U spectrometers, respectively. The radio science experiment is led by institutes in France and Germany.

The mission Assessment Study reports (Yellow Books) for both EnVision and Theseus are available here: https://www.cosmos.esa.int/web/m5-public-presentation/home