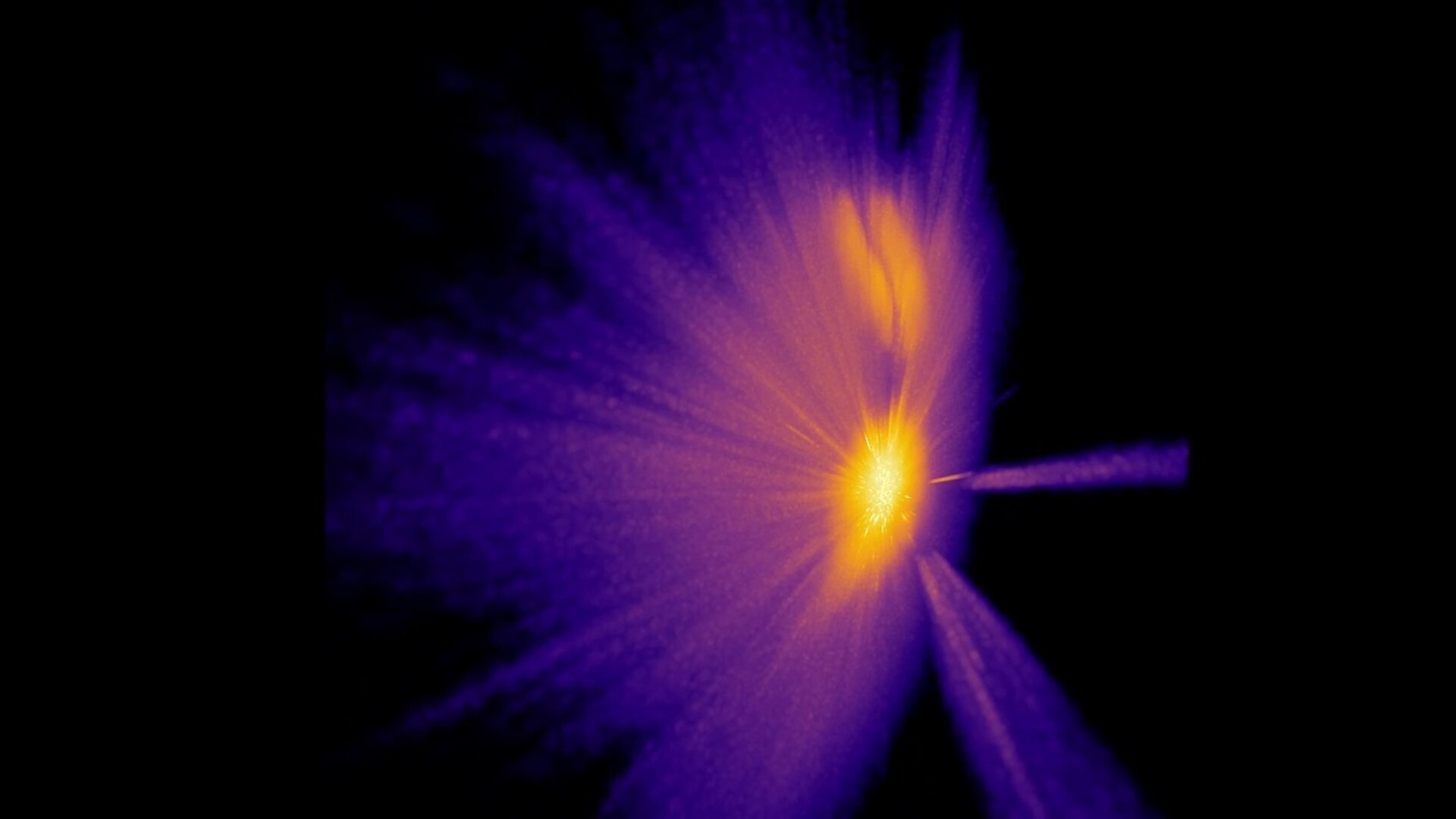 The first direct measurement of the bar-shaped collection of stars at the centre of our Milky Way galaxy has been made by combining data from ESA’s Gaia mission with complementary observations from ground- and space-based telescopes.

The second release of data from ESA’s Gaia star-mapping satellite, published in 2018, has been revolutionising many fields of astronomy. The unprecedented catalogue contains the brightnesses, positions, distance indicators and motions across the sky for more than one billion stars in our Milky Way galaxy, along with information about other celestial bodies.

As impressive as this dataset sounds, this is really just the beginning. While the second release is based on the first 22 months of Gaia’s surveys, the satellite has been scanning the sky for five years and has many years ahead. New data releases planned in coming years will steadily improve measurements as well as provide extra information that will enable us to chart our home galaxy and delve into its history like never before.

Meanwhile, a team of astronomers have combined the latest Gaia data with infrared and optical observations performed from ground and space to provide a preview of what future releases of ESA’s stellar surveyor will reveal.

“We looked in particular at two of the stellar parameters contained in the Gaia data: the surface temperature of stars and the ‘extinction’, which is basically a measure of how much dust there is between us and the stars, obscuring their light and making it appear redder,” says Friedrich Anders from University of Barcelona, Spain, lead author of the new study.

“These two parameters are interconnected, but we can estimate them independently by adding extra information obtained by peering through the dust with infrared observations.”

The team combined the second Gaia data release with several infrared surveys using a computer code called StarHorse, developed by co-author Anna Queiroz and collaborators. The code compares the observations with stellar models to determine the surface temperature of stars, the extinction and an improved estimate of the distance to the stars.

As a result, the astronomers obtained much better determination of the distances to about 150 million stars – in some cases, the improvement is up to 20% or more. This enabled them to trace the distribution of stars across the Milky Way to much greater distances than possible with the original Gaia data alone.

“With the second Gaia data release, we could probe a radius around the Sun of about 6500 light years, but with our new catalogue, we can extend this ‘Gaia sphere’ by three or four times, reaching out to the centre of the Milky Way,” explains co-author Cristina Chiappini from Leibniz Institute for Astrophysics Potsdam, Germany, where the project was coordinated.

There, at the centre of our galaxy, the data clearly reveals a large, elongated feature in the three-dimensional distribution of stars: the galactic bar.

“We know the Milky Way has a bar, like other barred spiral galaxies, but so far we only had indirect indications from the motions of stars and gas, or from star counts in infrared surveys. This is the first time that we see the galactic bar in 3D space, based on geometric measurements of stellar distances,” says Friedrich.

“Ultimately, we are interested in galactic archaeology: we want to reconstruct how the Milky Way formed and evolved, and to do so we have to understand the history of each and every one of its components,” adds Cristina.

“It is still unclear how the bar – a large amount of stars and gas rotating rigidly around the centre of the galaxy – formed, but with Gaia and other upcoming surveys in the next years we are certainly on the right path to figure it out.”

The team is looking forward to the next data release from the Apache Point Observatory Galaxy Evolution Experiment (APOGEE-2), as well as upcoming facilities such as the 4-metre Multi-Object Survey Telescope (4MOST) at the European Southern Observatory in Chile and the WEAVE (WHT Enhanced Area Velocity Explorer) survey at the William Herschel Telescope (WHT) in La Palma, Canary Islands.

The third Gaia data release, currently planned for 2021, will include greatly improved distance determinations for a much larger number of stars, and is expected to enable progress in our understanding of the complex region at the centre of the Milky Way.

“With this study, we can enjoy a taster of the improvements in our knowledge of the Milky Way that can be expected from Gaia measurements in the third data release,” explains co-author Anthony Brown of Leiden University, The Netherlands, and chair of the Gaia Data Processing and Analysis Consortium Executive.

“We are revealing features in the Milky Way that we could not see otherwise: this is the power of Gaia, which is enhanced even further in combination with complementary surveys,” concludes Timo Prusti, Gaia project scientist at ESA.

The study combines data from Gaia’s second release with the Pan-STARRS1 survey conducted with the first Pan-STARRS telescope in Hawaii, US; the Two Micron All Sky Survey (2MASS) conducted with telescopes in the US and Chile; the AllWISE survey from NASA’s Wide-field Infrared Survey Explorer (WISE).

The computations were conducted at the cluster facility of the Leibniz Institute for Astrophysics Potsdam, Germany.
The new catalogue is available here: https://data.aip.de/projects/starhorse2019.html