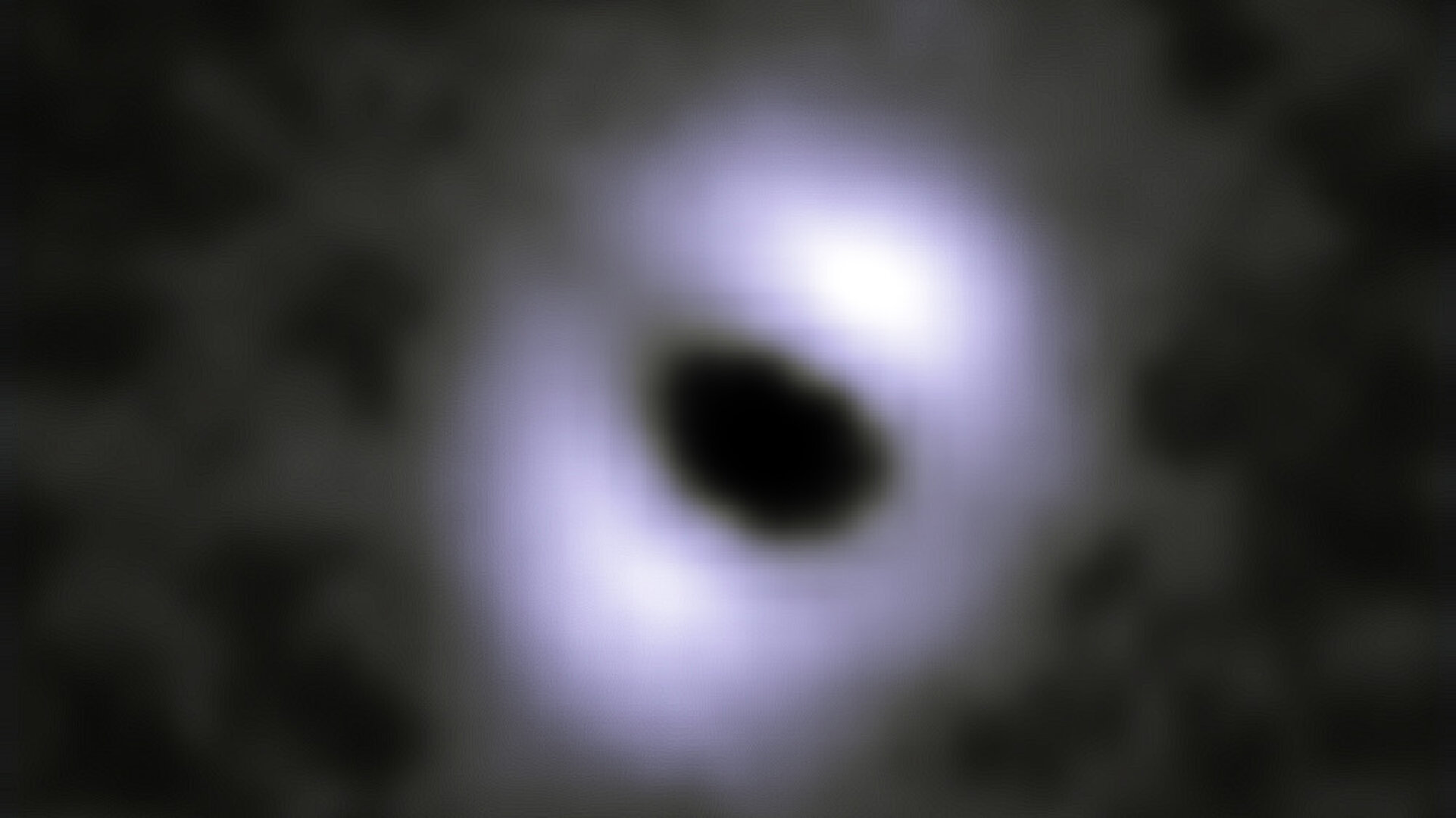 ESA’s Herschel space observatory has provided the first images of a dust belt – produced by colliding comets or asteroids – orbiting a subgiant star known to host a planetary system.

After billions of years steadily burning hydrogen in their cores, stars like our Sun exhaust this central fuel reserve and start burning it in shells around the core. They swell to become subgiant stars, before later becoming red giants.

At least during the subgiant phase, planets, asteroids and comet belts around these ‘retired’ stars are expected to survive, but observations are needed to measure their properties. One approach is to search for discs of dust around the stars, generated by collisions between populations of asteroids or comets.

Thanks to the sensitive far-infrared detection capabilities of the Herschel space observatory, astronomers have been able to resolve bright emission around Kappa Coronae Borealis (κ CrB, or Kappa Cor Bor), indicating the presence of a dusty debris disc.

The star is a little heavier than our own Sun at 1.5 solar masses, is around 2.5 billion years old and lies at a distance of roughly 100 light years.

From ground-based observations, it is known to host one giant planet roughly twice the mass of Jupiter orbiting at a distance equivalent to the Asteroid Belt in our own Solar System. A second planet is suspected, but its mass is not well constrained.

Herschel’s detection provides rare insight into the life of planetary systems orbiting subgiant stars, and enables a detailed study of the architecture of its planet and disc system.

“This is the first ‘retired’ star that we have found with a debris disc and one or more planets,” says Amy Bonsor of the Institute de Planétologie et d’Astrophysique de Grenoble, and lead author of the study.

“The disc has survived the star’s entire lifetime without being destroyed. That’s very different to our own Solar System, where most of the debris was cleared away in a phase called the Late Heavy Bombardment era, around 600 million years after the Sun formed.”

The first model has just one continuous dust belt extending from 20 AU to 220 AU (where 1 AU, or Astronomical Unit, is the distance between Earth and Sun).

By comparison, the icy debris disc in our Solar System – known as the Kuiper Belt – spans a narrower range of distances, 30–50 AU from the Sun.

In this model, one of the planets orbits at a distance of greater than 7 AU from the star, and its gravitational influence may sculpt the inner edge of the disc.

A variation on this model has the disc being stirred by the gravitational influence of both companions, mixing it up such that the rate of dust production in the disc peaks at around 70–80 AU from the star.

In another interesting scenario, the dust disc is divided into two narrow belts, centred on 40 AU and 165 AU, respectively. Here, the outermost companion may orbit between the two belts between a distance of about 7 AU and 70 AU, opening the possibility of it being rather more massive than a planet, possibly a substellar brown dwarf.

“It is a mysterious and intriguing system: is there a planet or even two planets sculpting one wide disc, or does the star have a brown dwarf companion that has split the disc in two?” says Dr Bonsor.

As this is the first known example of a subgiant star with planets and a debris disc orbiting it, more examples are needed to determine whether Kappa Cor Bor is unusual or not.

“Thanks to Herschel’s sensitive far-infrared capabilities and its rich dataset, we already have hints of other subgiant stars that may also have dusty discs. More work will be needed to see if they also have planets,” says Göran Pilbratt, ESA’s Herschel project scientist.

“Spatially Resolved Images of Dust Belt(s) Around the Planet-hosting Subgiant κ CrB”, by A. Bonsor et al. is published in the Monthly Notices of the Royal Astronomical Society, April 2013.