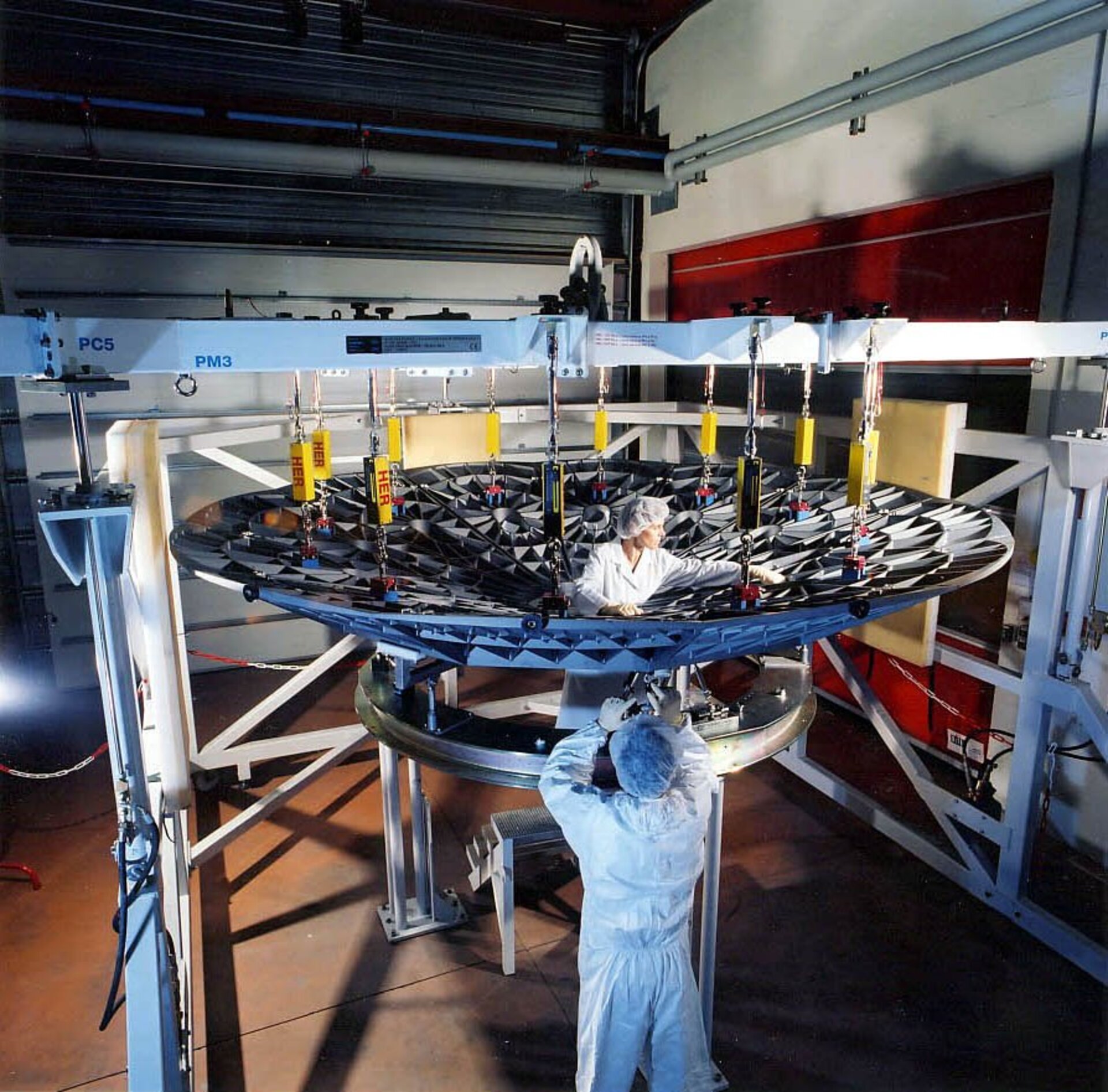 The largest telescope mirror ever put into space will be launched into space on ESA's Herschel observatory mission in 2007 and will be used to study the Universe by gathering infrared radiation.

The manufacture of the shaped blank that will be used to create the flight model primary mirror for Herschel's telescope was completed late last year at the Boostec facility in Tarbes, France.

Unlike conventional reflecting telescopes, Herschel's telescope mirror is being made from a novel ceramic material called silicon carbide. This will make it lighter than if it was made of metal or glass.

In addition to weight savings, this material also has excellent structural stability and thermal properties which are also very important for the accuracy of the telescope.

The mirror blank, at 3.5 metres across, is the biggest silicon carbide structure in the world and, when completed, the mirror will be the largest single-component telescope reflector ever made for use in space. Larger mirrors are planned for future missions but they will be composed of multiple, deployable sections.

The next step is to machine the mirror to reduce its mass. Its internal stiffeners, used to provide stability during manufacture, will be taken out and the mirror's thickness reduced to 2.5 millimetres.

After that it will be taken to Finland where it will be polished to produce a parabolic surface with a roughness of less than 30 millionths of a millimetre.

Following this, the polished mirror will be coated by vacuum deposition at the Calar Alto Observatory in Spain, first with microscopically thin adhesive layer of nickel-chrome and then with a reflective layer of aluminium. It will then be shipped to Friedrichshafen, Germany, for final assembly of the spacecraft.

The Herschel mission will study the molecular chemistry of the Universe, in particular the formation of stars and galaxies and their interaction with interstellar clouds of dust and gas.