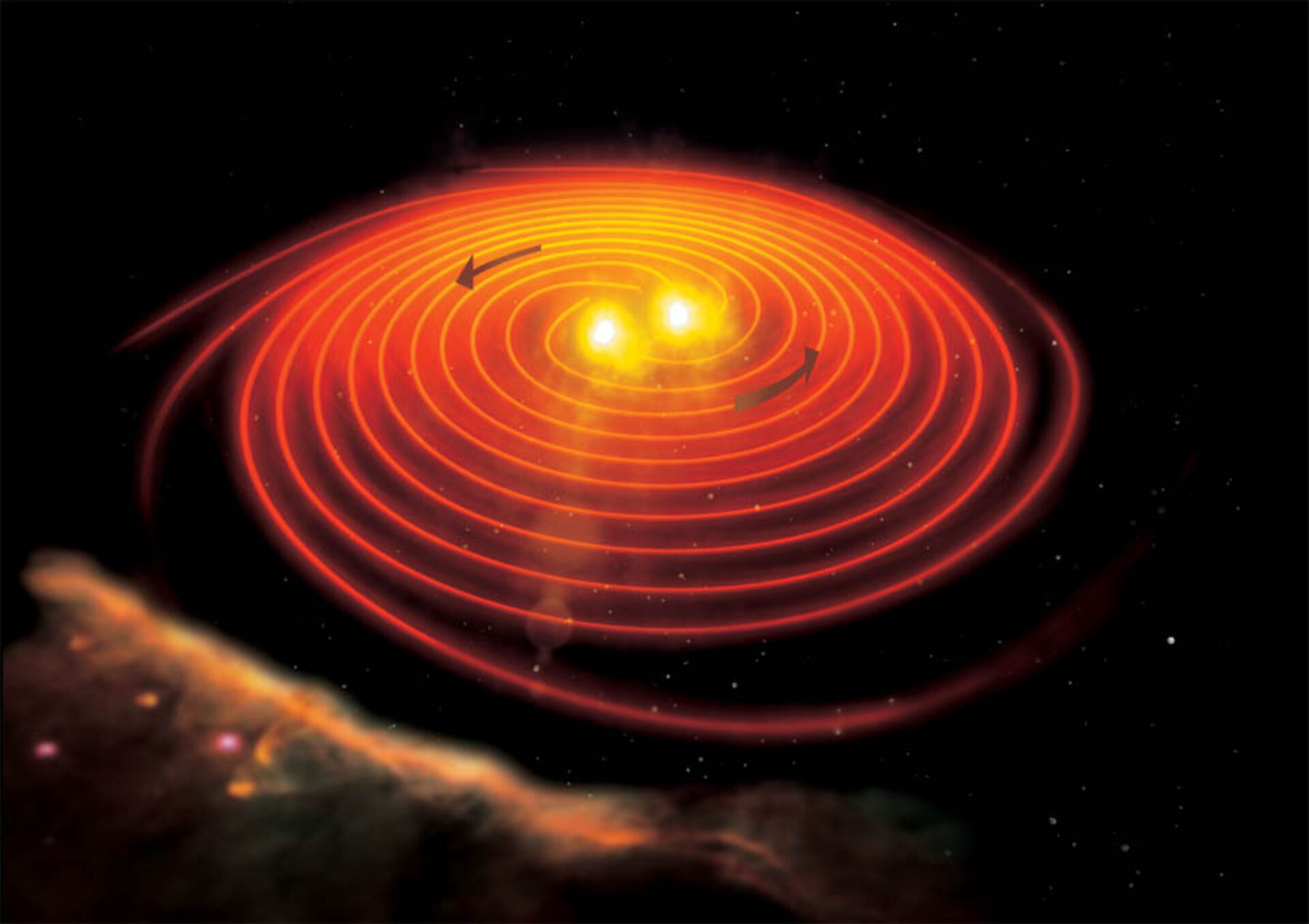 Astronomical satellites register sudden bursts of gamma rays, always from a random direction, roughly once a day. These bursts may last a hundredth of a second, or anything up to 90 minutes. They become, briefly, the brightest objects in the gamma-ray sky but are never seen to repeat.

For over 20 years, astronomers had no clues about how far away these explosions occurred. Until in 1997, the Italian-Dutch satellite BeppoSAX provided accurate X-ray measurements so quickly that a burst’s location could be pinpointed, enabling follow-up observations with optical and other telescopes.

These observations confirmed that the gamma-ray bursts are extremely distant and therefore must be caused by tremendous explosions equal to the radiance of millions of millions of stars.

Where does this energy come from? This colossal amount of energy may be released when compact objects collide, such as neutron stars or black holes. Astronomers know of a small number of neutron stars in our galaxy that are in orbit around one another and may merge in the far future.

There is also mounting evidence that incredibly powerful supernovae, called ‘hypernovae’, are the source of the gamma-ray bursts.

Integral will be able to look at the glowing debris for the telltale signs of elements created when a star explodes.