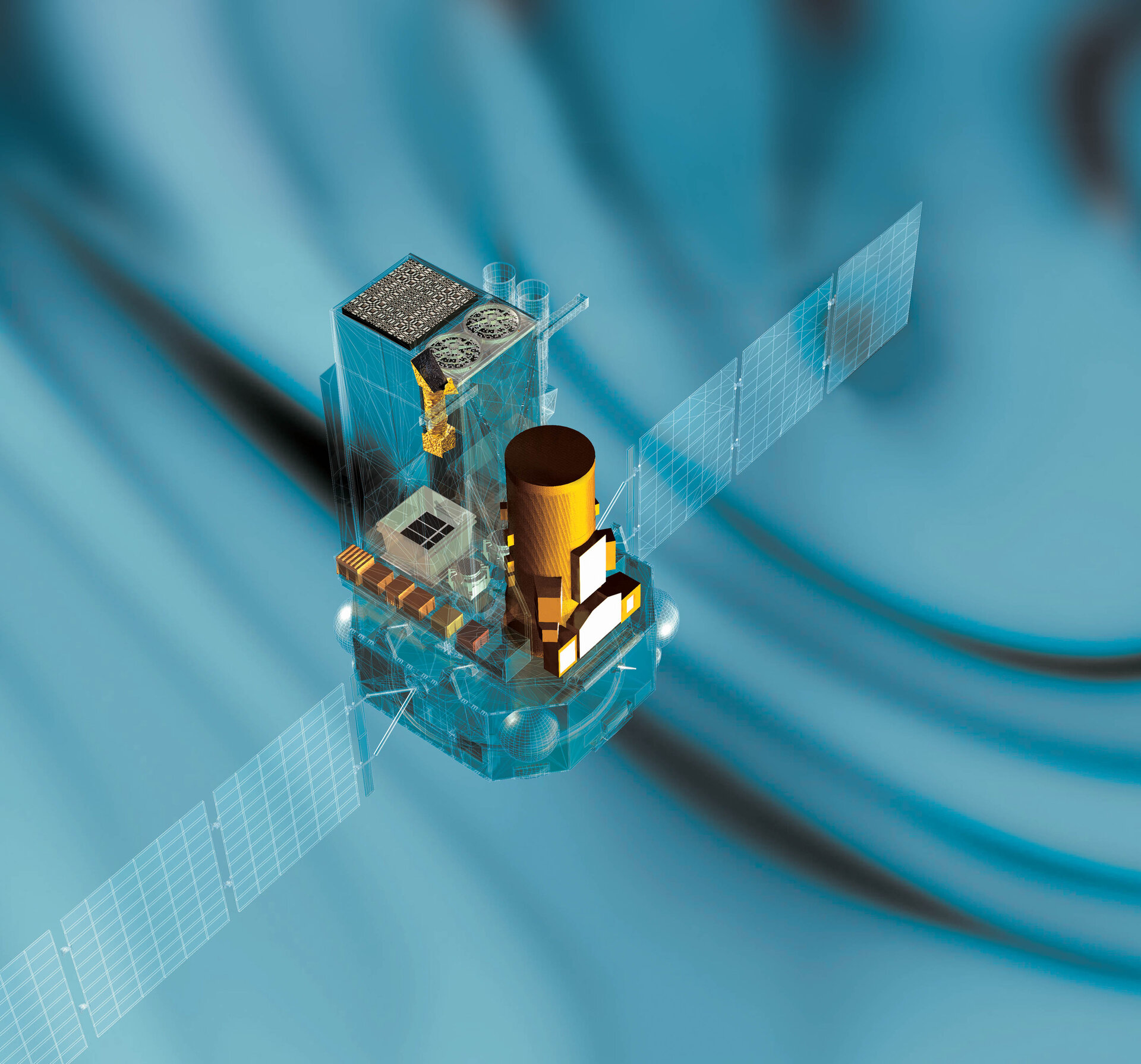 Integral is the first space observatory that can simultaneously observe objects in gamma rays, X-rays and visible light. Its principal targets are violent explosions known as gamma-ray bursts, powerful phenomena such as supernova explosions, and regions in the Universe thought to contain black holes.

Gamma rays are even more powerful and penetrating than the X-rays used in medical examinations. Fortunately, the Earth's atmosphere acts as a shield to protect us from this dangerous cosmic radiation.

This means that gamma rays from space can only be detected above the Earth’s atmosphere. Integral is the most advanced gamma-ray observatory ever launched. It can detect radiation from events far away and from the processes that shape the Universe.

Integral was selected by the ESA in June 1993 as the next ESA medium-size scientific mission (M2) of its Horizon 2000 programme. The mission was conceived as an observatory led by ESA with contributions from Russia (Proton launcher) and NASA (Deep Space Network ground station).

Integral is a truly international mission with the participation of all Member States of ESA plus United States, Russia, the Czech Republic and Poland.

ESA appointed Alenia Aerospazio, from Italy, as industrial prime contractor, responsible for the design, integration and testing of the satellite. On board, four instruments from teams led by scientists in Italy, France, Germany, Denmark and Spain will gather and analyse the gamma rays from space.