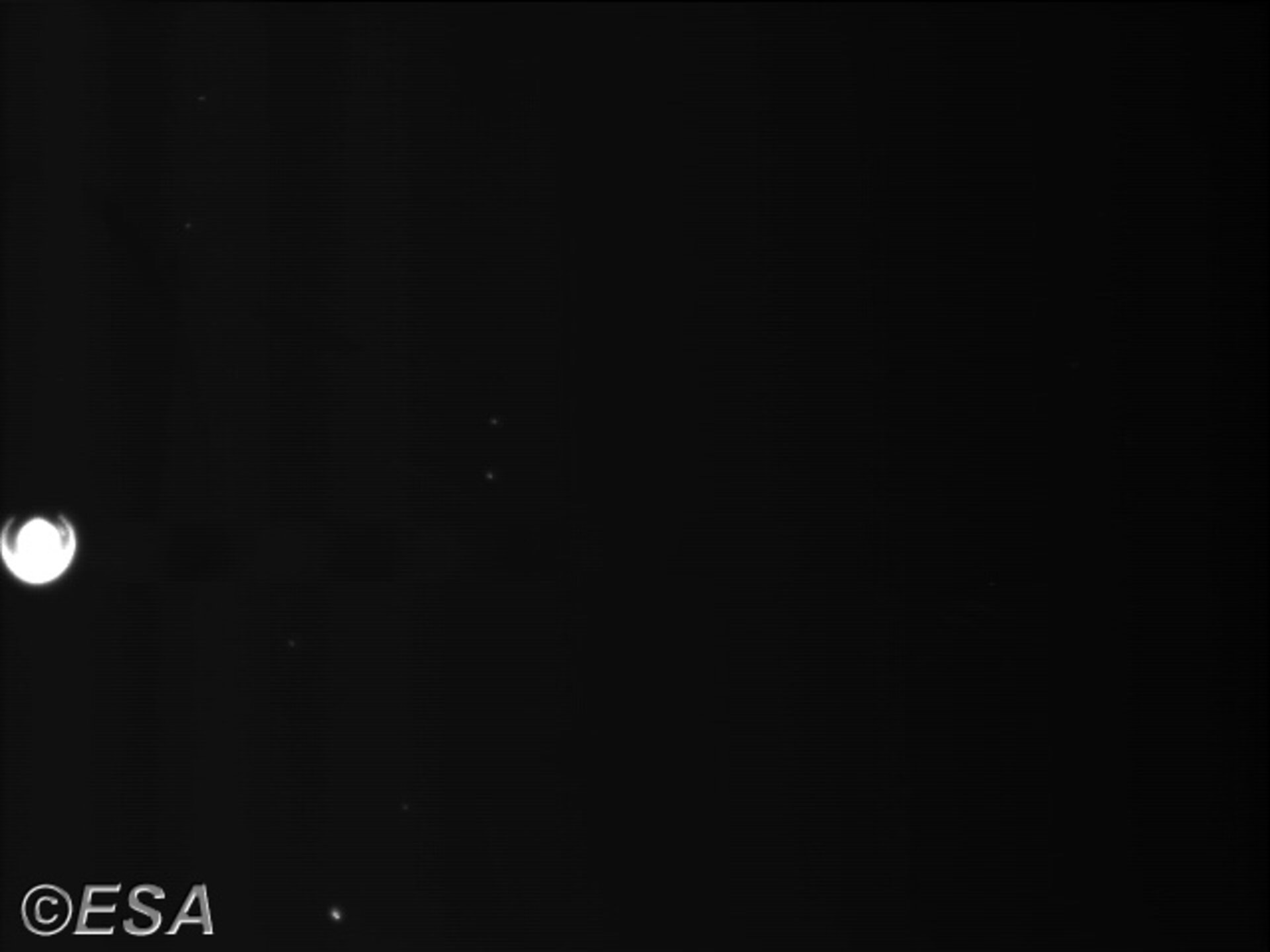 ESA PR 83-2003. This morning, ESA's Mars Express flawlessly released the Beagle 2 lander that it has been carrying since its launch on 2 June this year. Beagle 2 is now on its journey towards the surface of Mars, where it is expected to land early in the morning of 25 December. Mars Express, Europe's first mission to Mars, has passed another challenging milestone on its way towards its final destination.

At 9:31 CET, the crucial sequence started to separate the Beagle 2 lander from Mars Express. As data from Mars Express confirm, the pyrotechnic device was fired to slowly release a loaded spring, which gently pushed Beagle 2 away from the mother spacecraft. An image from the on-board visual monitoring camera (VMC) showing the lander drifting away is expected to be available later today.

Since the Beagle 2 lander has no propulsion system of its own, it had to be put on the correct course for its descent before it was released. For this reason, on 16 December, the trajectory of the whole Mars Express spacecraft had to be adjusted to ensure that Beagle 2 would be on course to enter the atmosphere of Mars. This manoeuvre, called 'retargeting', was critical: if the entry angle is too steep, the lander could overheat and burn up in the atmosphere; if the angle is too shallow, the lander might skim like a pebble on the surface of a lake and miss its target.

This fine targeting and today's release were crucial manoeuvres for which ESA's Ground Control Team at ESOC (European Space Operations Centre) had trained over the past several months. The next major milestone for Mars Express will be the manoeuvre to enter into orbit around Mars. This will happen at 2:52 CET on Christmas morning, when Beagle 2 is expected to land on the surface of Mars.