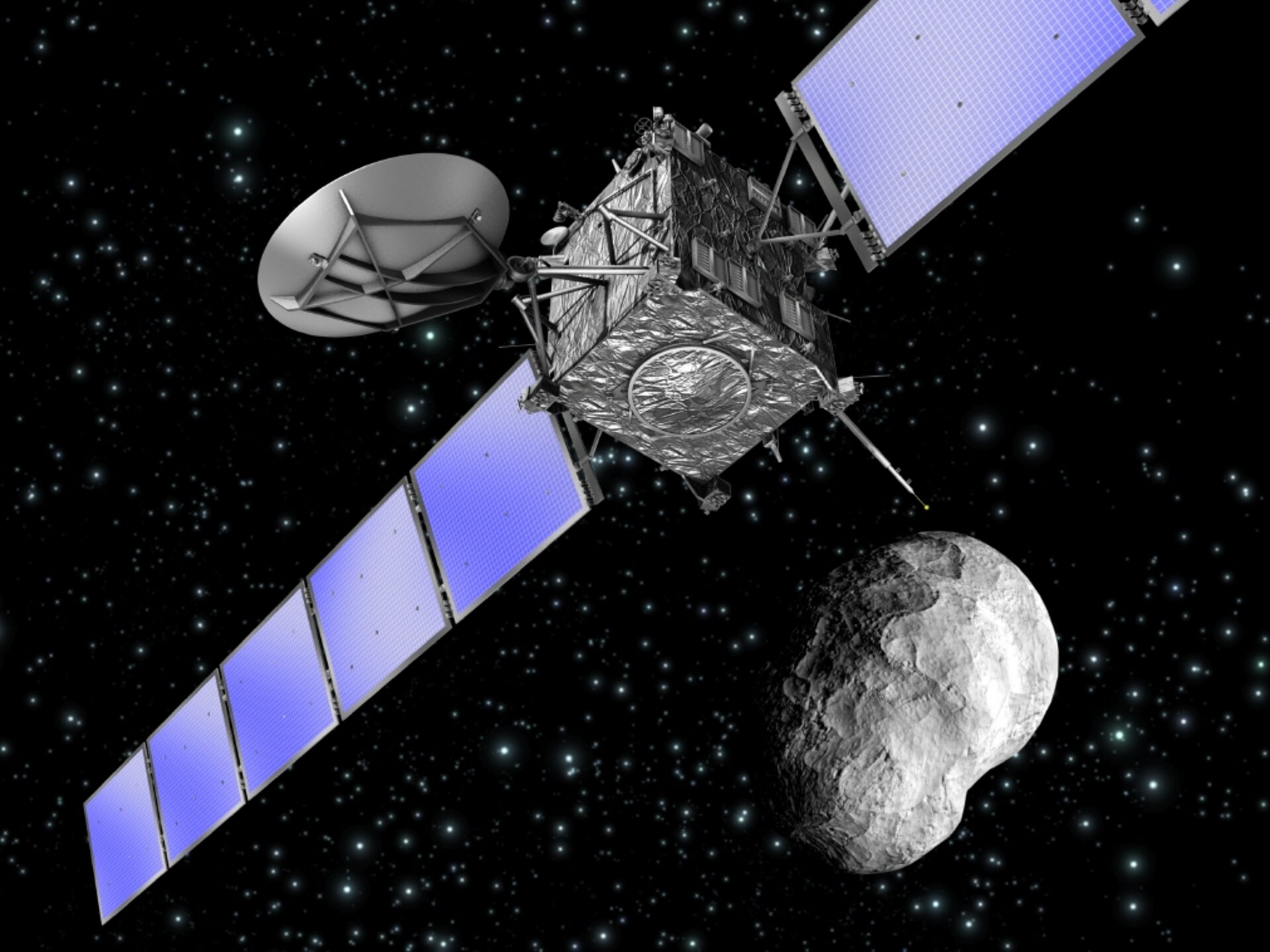 Closest approach took place at 20:58 CEST ground time, 20:38 CEST spacecraft time, at a distance of 800 km. Rosetta’s relative speed with respect to Steins was 8.6 km/sec, or about 31 000 km/h. The exact time of closest approach will be confirmed over the next few days after a detailed analysis of telemetry data.

To optimise the science return from this historic encounter, a series of critical operations were executed before closest approach, some of which required the spacecraft flip over and change its orientation rapidly, pushing it to its design limits.

After the flip, at 20:39 CEST (ground time), Rosetta switched to the asteroid fly-by mode, during which its orientation was automatically controlled by the on-board navigation cameras. The asteroid was tracked continuously and kept it in the field of view of the imaging instruments.

At 20:48 CEST (ground time), while still in asteroid fly-by mode, Rosetta’s high gain antenna was turned away from Earth and the science observations were carried out. Radio contact established again at 22:14 CEST and the first bit of telemetry was received through NASA’s Goldstone antenna.

Science data download will start tomorrow morning, 6 September at about 02:00 CEST and continue through the night. Images and the preliminary results from the fly-by will be presented tomorrow at a press conference which be held at ESOC starting at 12:00 CEST. The press conference will be streamed on the web at www.esa.int/rosetta.