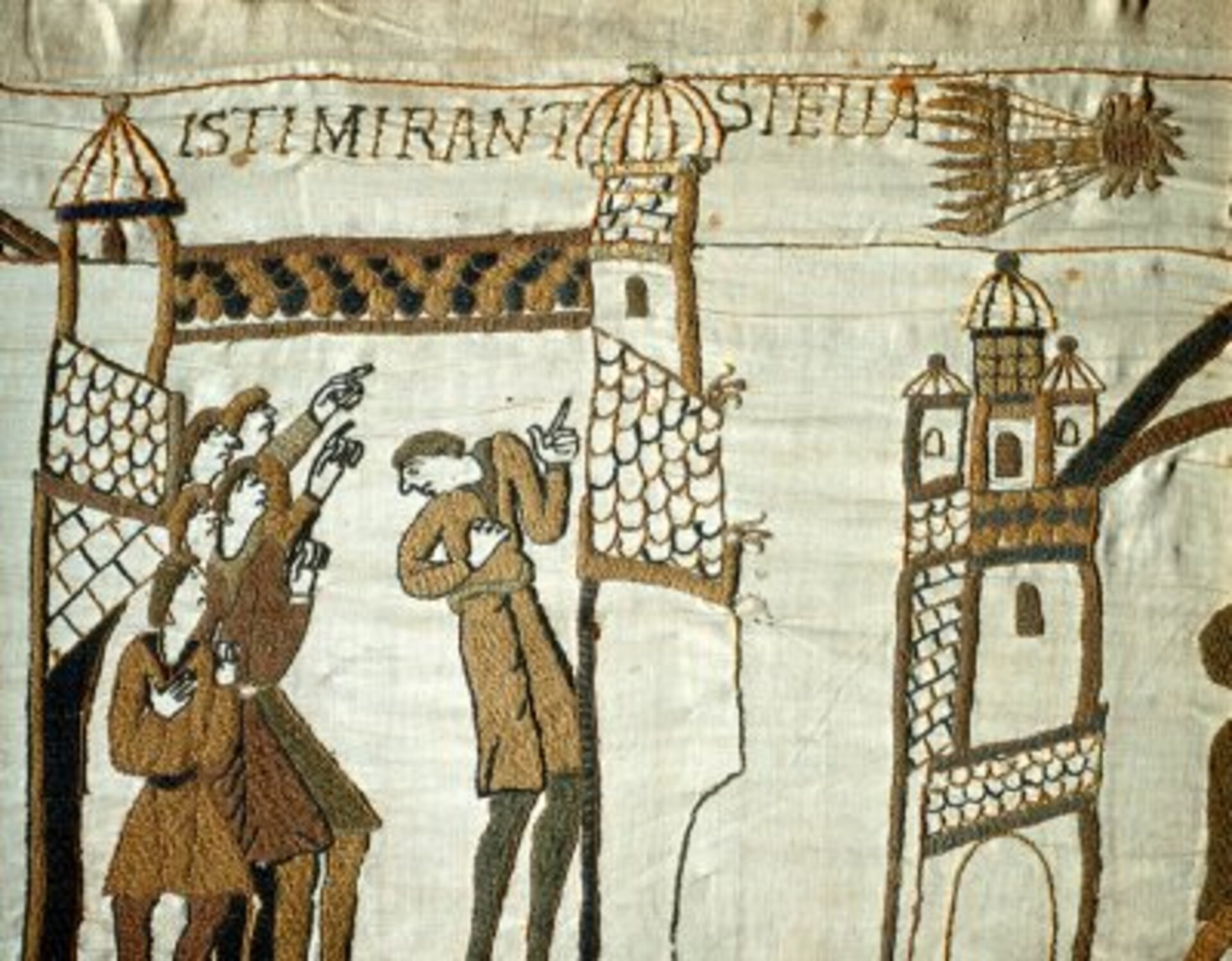 Giotto was originally put forward as part of a joint NASA/ESA comet mission. After USA pulled out, ESA took the bold decision to proceed alone on this once-in-a-lifetime venture. There was little margin for delay - if this fly-by opportunity was missed, Comet Halley would disappear into the depths of the Solar System to be hidden from view for the next 75 years!

The plan was to send five spacecraft — two Soviet, two Japanese and one European — towards the comet on its return to the inner Solar System in 1986.

While the Japanese spacecraft made long distance measurements, the Soviet Vegas would act as pathfinders, passing close enough to locate the comet’s nucleus. The information they sent back would allow Giotto to home in with great accuracy on Halley’s solid heart.

The most difficult problem to overcome in the Giotto mission was how to ensure that the spacecraft survived long enough to snap its close-up pictures of the nucleus.

The spacecraft and the comet were heading towards each other at a combined speed of 245 000 kilometres per hour.

That is an equivalent speed to crossing the Atlantic Ocean in 11 minutes! At this speed, a 0.1 gram dust particle would be able to penetrate through 8 centimetres of solid aluminium.

Since it was out of the question to equip Giotto with a 600-kilogram aluminium shield, engineers turned to a more subtle, ‘sandwich’ design first proposed by American astronomer Fred Whipple back in 1947 — long before the beginning of the Space Age.

Giotto was based on the GEOS Earth-orbiting research satellites, which were built by British Aerospace at Bristol, United Kingdom. To protect it from a battering by the high-speed dust particles during the comet encounter, the most significant modification was the addition of a dust shield.

This dust shield consisted of two protective sheets, 23 centimetres apart. At the front was a sheet of aluminium (1 millimetre thick), which would vaporise all but the largest of the incoming dust particles.

A 12-millimetre thick sheet of Kevlar at the rear would absorb any debris that pierced the front barrier. Together these sheets could withstand impacts from particles up to 1 gram in mass and travelling 50 times faster than a bullet.