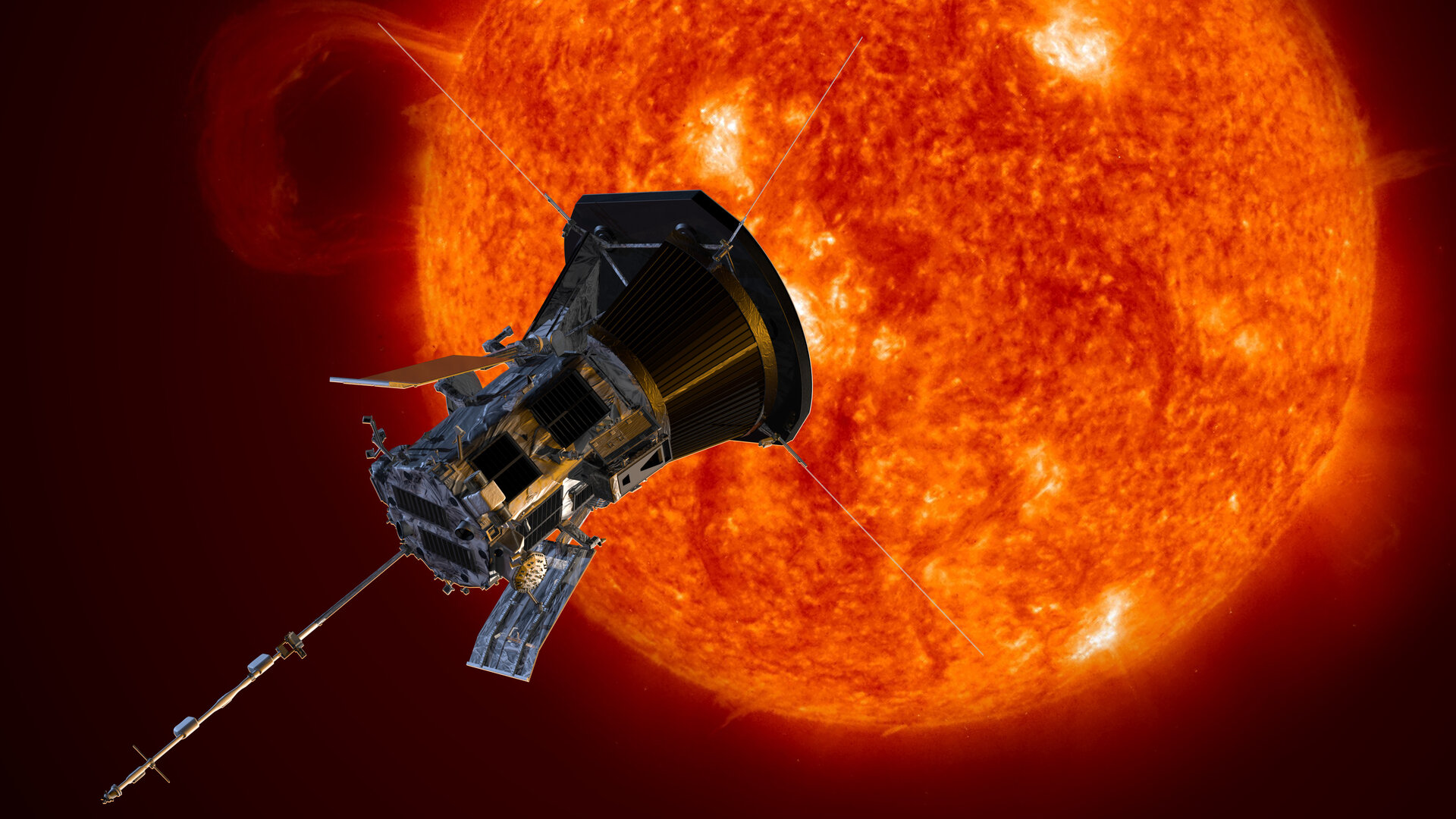 ESA’s Solar Orbiter will be one of two complementary spacecraft studying the Sun at close proximity: it will join NASA’s Parker Solar Probe, which is already engaged in its mission. Launched from Cape Canaveral on a Delta IV Heavy rocket on 12 August 2018, Parker Solar Probe was named after Eugene Parker, who developed the theory of the solar wind in 1958.

Parker Solar Probe carries a smaller payload than Solar Orbiter but it goes closer to the Sun. Like Solar Orbiter, it too uses gravitational assist manoeuvres to plunge it closer and closer to the Sun. It already holds the record for the closest pass of the Sun. On 4 April 2019, it passed the solar surface at a distance of around 24 million kilometres, and this will only get closer during the 24 close encounters it is expected to have with the Sun. On the final three orbits of its nominal mission, Parker Solar Probe will pass within 6.2 million kilometres of the Sun’s surface, facing heat and radiation like no spacecraft before it.

Parker Solar Probe carries instruments to sample the Sun’s corona, and is targeting the region of space where the coronal plasma detaches to become the solar wind. This will give the scientists ‘ground truth’ about the conditions of the plasma in that region, and help pinpoint how it is accelerated outwards towards the planets. However, Parker Solar Probe has no cameras that view the Sun directly. No current technology could look at the Sun from that close a distance and survive. This is where Solar Orbiter comes in.

Beyond accomplishing its own science goals, Solar Orbiter will provide contextual information to improve the understanding of Parker Solar Probe’s in situ measurements. By working together in this way, the two spacecraft will collect complementary data sets will allow more science to be distilled from the two missions than either could manage on its own.

The Sun is obviously essential to life on Earth. It is both the central engine of the Solar System, and its central enigma. By the end of the European Space Agency’s Solar Orbiter mission we will know more about the Sun, and how to reduce the risks of its disruption of our technology on Earth, than ever before.