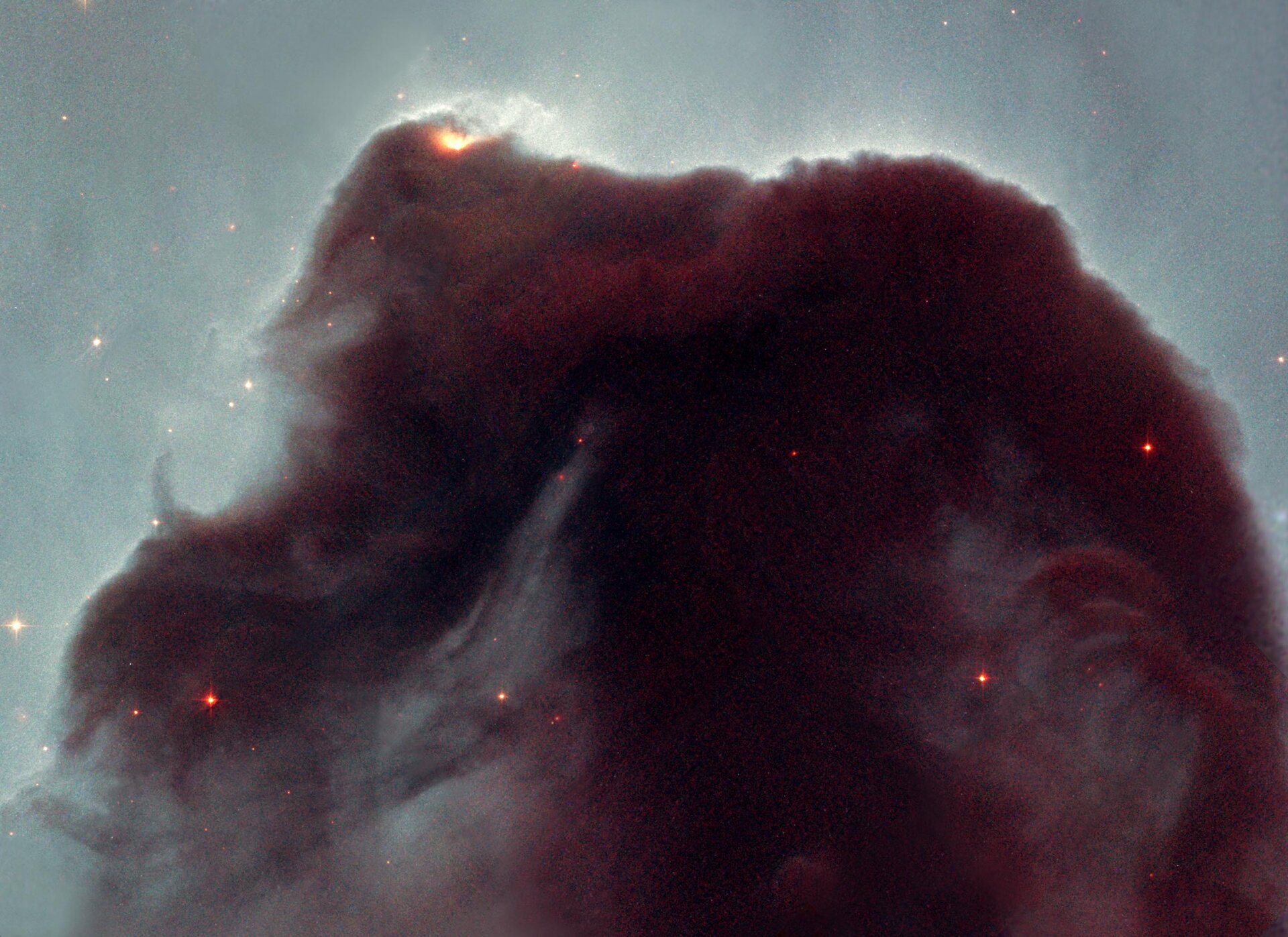 You cannot fail to notice it – space is littered with spherical shapes, from our own Earth to the enormous planet Jupiter. Why is Nature obsessed with all things round?

Gravity is the force that keeps us on our planet by drawing us so powerfully towards its centre. It has much the same effect on everything else floating in the cosmos, as long as it is big enough. All objects in the Universe are subject to their own force of gravity. It is one of the fundamental forces of our Universe. For objects larger than approximately one fifth the size of Earth, gravity (rather than electrostatic forces, for example) will be the dominant force determining their shape.

As gravity pulls matter towards other matter, a sphere forms. Why? Only a sphere allows every point on its surface to have the same distance from the centre, so that no part of the object can further 'fall' toward its centre. Gravity just keeps on pulling. Given time, even the highest mountains on Earth will eventually be levelled under its power.

The gravity of objects in our Universe, such as Jupiter, does not just attract matter, but also can actually bend light. ESA's Gaia mission, due for launch around 2010, will accurately determine the position of a large number of stars. While doing this, it will look at exactly how star light coming from distant stars is bent, as it approaches a giant body with a large gravitational field.

Gravity bending is everywhere, on scales ranging from planetary bodies to clusters of galaxies. In this case, the bending is larger than you would expect from visible matter, so scientists think that large amounts of 'dark matter' are present. Dark matter is invisible to the telescopes, and you only detect its presence by the gravitational effect it has on light beams passing by.

Smaller objects in space are spared from the overwhelming power of gravity, which is why we see asteroids that look like pieces of rubble. Why do these bodies have the shape that they have? Their shape arises from a simple electrostatic force. When you use your hands to push together millions upon millions of grains of sand to build sandcastles on the beach, it is the same force. The cohesion is strong enough until a stronger force like a big wave comes along and overcomes it.

The Hubble Space Telescope has provided us with glorious images of a different shape in space. For example, consider the shapes of nebulae – those swirling clouds of gas and dust in which newly hatched stars begin to shine. In these cases, gravity is competing with the pressure of light. What gives these beautiful clouds their shape is the push and pull of the intense light given out by the stars in their infancy, which compete with each other to draw the gas and dust towards them.

However, if the nebulae are dense enough (as in the disc around a forming star) and some perturbation causes these gas and dust particles to form areas with higher density, gravity starts to play a role again: in a chain effect. The areas can merge, forming larger and larger pieces that eventually grow to the size of planets. If they become large enough, their gravitational field becomes more significant, which encourages the inevitable formation of a familiar shape.

Generally, then, the shape of things to come will therefore always be... spherical!