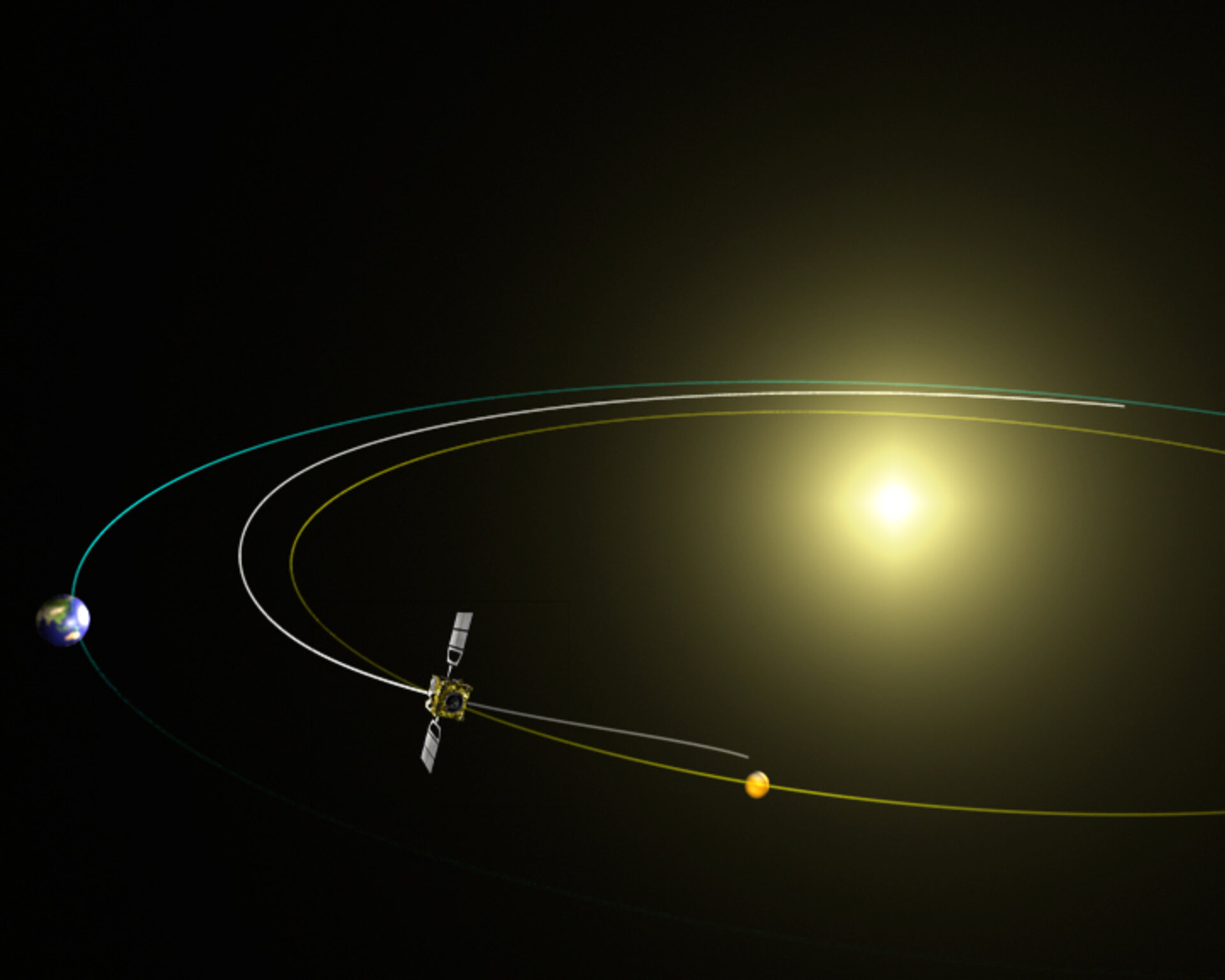 Excitement grows around the progress of ESA’s Venus Express spacecraft as the distance to its destination gets shorter, in the week which sees the anniversary of another historical Venus mission.

On 1 March 1982, the first colour picture of the Venusian surface was returned by the Russian Venera 13 spacecraft.

Now, twenty-four years later and about forty days before its thrilling arrival at Venus, the Venus Express spacecraft has passed an important exam. The Venus Express mission team declared that the spacecraft systems are ready for the orbit insertion around Venus and for the first in-orbit operations.

The assessment of the spacecraft readiness for the first complex operations that will mark the approach to Venus was also based on the excellent performance of the spacecraft main engine during the test that took place on 17 February.

In fact, after the engine burn, the ground control team had to make only a minor trajectory correction. This operation, involving the spacecraft’s four thrusters, successfully took place on 24 February and lasted only fourteen seconds.

Following the Venus Express readiness review this week, ESA and industry can now begin practising all the procedures needed for the Venus Orbit Insertion manoeuvre through a series of intensive ground simulations.

Venus Express has now travelled for more than 250 million kilometres – more than half of its way to Venus. The spacecraft has just crossed the path of the planet around the Sun. Its trajectory will now take it inside the orbit of Venus to ‘anticipate’ the celestial motion of the planet and finally to catch up with it on 11 April this year.