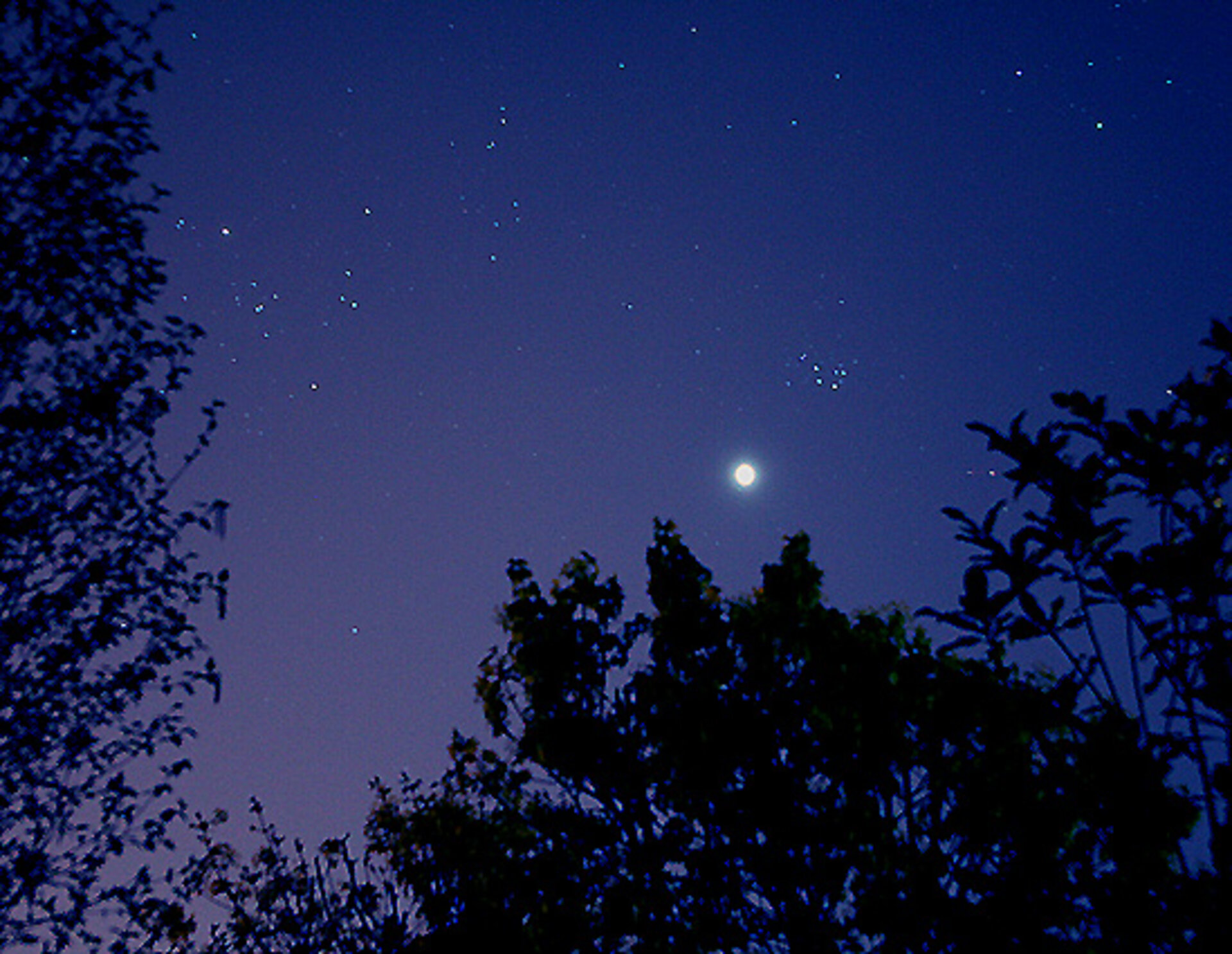 Venus Express, Europe’s first mission to Venus, has now successfully orbited our closest neighbour 355 times during the past year. Coincidentally on its first anniversary on 11 April, Venus and the constellation Pleiades are very close in the sky, for your viewing pleasure.

The celestial spectacle is clearly visible with the naked eye – provided that there are no clouds to cover it. Venus and Pleiades can be seen drawing closer together in the western sky; after sunset and before midnight. The planet and the star cluster will be close enough to fit behind an upturned thumb held at arm's length.

Although the time of closest approach as seen from Earth is during the early morning hours of 12 April, it will not be visible then since Venus sets at midnight. Given that there is currently no moon in the evening hours, the uncommon occurrence will be even more obvious.

Venus and the Pleiades form a peculiar couple. Venus is extravagantly bright surrounded by a thick atmosphere reflecting 70 percent of all received light. The Pleiades however are dim and slight, since the young and not yet completely formed cluster is 400 light years away. These opposite characteristics offer a pretty view for star-gazers as well as photographers and astronomers.

Thanks to its intense reflection, Venus is the brightest planet within the solar system making it fairly easy to distinguish the ensemble as it outshines all stars and planets in the evening sky.

Take a look and raise a toast to Venus Express’ first anniversary!