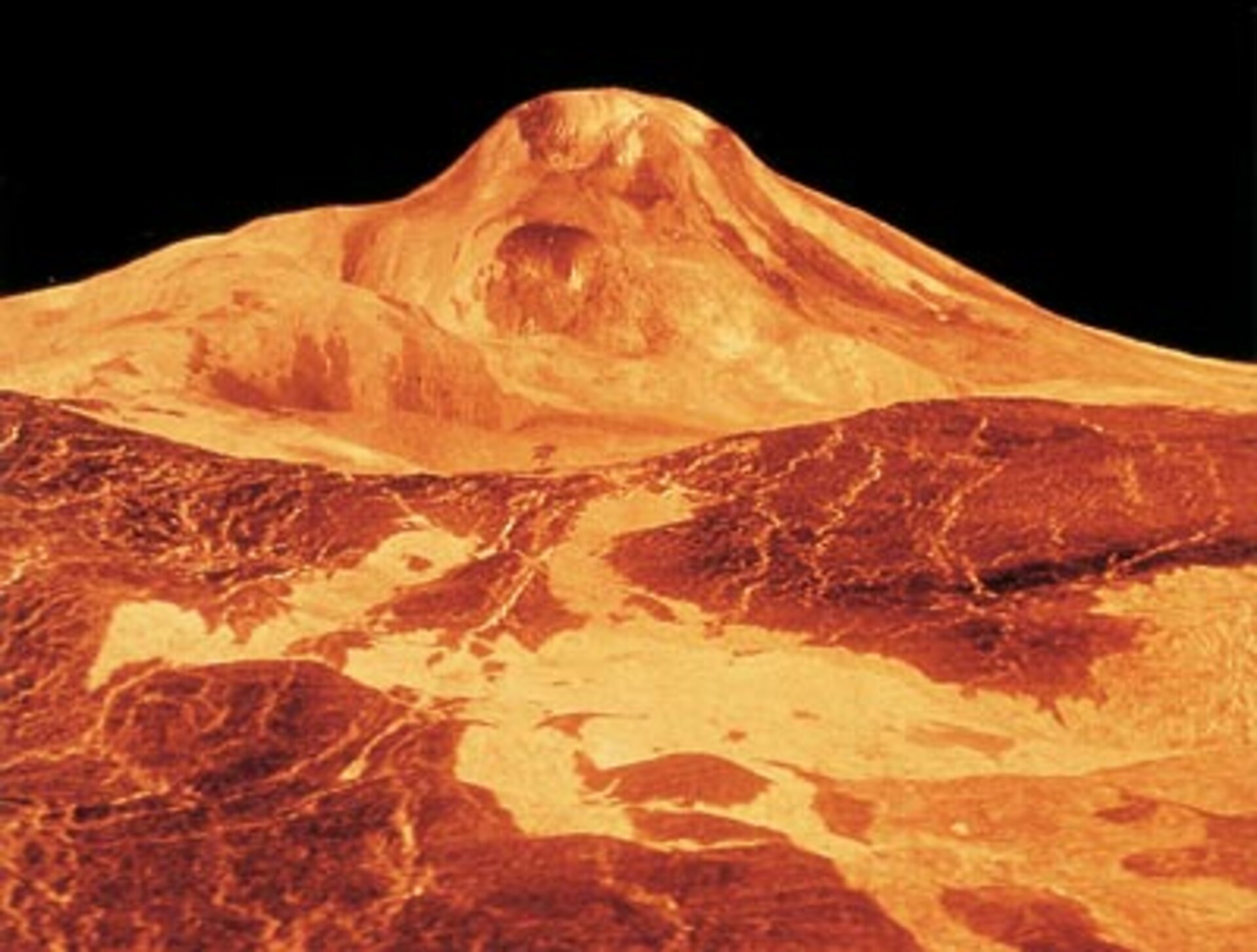 Venus, Mars and Earth, three out of the four inner or ‘rocky’ planets of the Solar System, have a lot in common. It is amazing to compare some of the planetary features of Venus with those of Earth.

Their masses are basically the same, and their densities too. Their radii seem just copied from one planet to the other. Their distances from the Sun are not so different – Venus is about 108 million kilometres and Earth is 150 million kilometres.

Their rocks are both largely basaltic, result of intense volcanism and of a similar solidification process, initiated about at the same time, four and a half thousand million years ago, when the planets of the Solar System started to form from the solar ‘proto-planetary nebula’.

However, looking closer, Venus and Earth are worlds truly apart in many major aspects. Walking on Venus’s surface would be difficult, like walking under water at 900 metres depth (the atmospheric pressure at Venus is 90 times higher than on Earth at sea level) - and as uncomfortable as staying in an oven at 465 °C!

Venus’s surface is indeed the hottest in the Solar System. Despite only 10% of the solar flux reaching the surface, enough energy is trapped by gases and particles present in the lower atmosphere, to raise the temperature at the surface dramatically. A catastrophic ‘greenhouse effect’ is taking place.

Venus’s atmosphere is composed almost entirely of carbon dioxide, with very little water vapour. It has significant amounts of corrosive sulphur-bearing gases and rapidly moving clouds of sulphuric acid droplets. The dense clouds scatter back to space about 80% of the radiation received from the Sun. Scientists translate this concept into saying that Venus has a very high albedo.

Venus is almost 70% covered by gently rolling uplands, about 20% by very flat lowlands called planitia, and 10% by continent-size highlands, rising above the lowland regions, called tesserae. On Earth, continents are associated with the borders of tectonic plates, which drift and collide in time, giving birth to mountains and causing earthquakes.

On Venus there does not seem to be any tectonic plate activity to move and shape the surface. On the contrary, it seems that there is a single plate covering the whole planet. Whether this crust is thick or thin, and whether it still moves, no one yet knows.

It is definite that the surface of Venus is shaped by deformation of the crust and volcanism. Lava flows extend hundreds miles across the surface. Volcanism indicates that, at least in the past, the crust has been laying on a liquid mantle, like on Earth.

However, on Venus there are signs of many different kinds of volcanism, such as volcanic plains and volcanic rises, besides the classic cones we find on Earth. Are volcanoes still active on Venus?

High mountains and many impact craters dot the surface. Differently from other worlds, however, it is almost impossible to find craters less than two kilometres in size. This is possibly due to the high density of the atmosphere, which pulverises smaller meteorites before they hit the ground.

The oldest craters seem not to be older than 500 million years, which may indicate that a global resurfacing has taken place in this timeframe. On Earth, plate tectonics and volcanism ensures that internal energy is dissipated gradually.

Instead, on Venus, instabilities inside the planet build up until the whole world is engulfed in a global eruption. As an effect the planet is resurfaced in a geologically short time, and many craters that have formed are destroyed.

Venus rotates backwards with respect to Earth, so the Sun appears rising from west. It also rotates very slowly – one rotation, or sidereal day, takes 243 Earth days. This is longer than the Venusian year, 225 Earth days long. However its winds are so fast that they can circumnavigate the planet in only four Earth days: it is still not known why this happens.

Venus does not have its own planetary magnetic field to protect it from the solar wind. On Earth, the magnetic field is generated by movements in the metallic core coupled to the relatively fast rotation of the planet.

On Venus, the core is perhaps solid, and furthermore the rotation of the planet is very slow. This may explain the lack of a magnetic field, but scientists are still debating the reasons.

By studying Venus we are not only trying to understand how the Solar System formed and evolved, but also how the complex set of forces and processes that have made such a dramatic difference in the internal structures, surfaces and atmospheres of Venus and Earth. An understanding of Venus can lead eventually to a better understanding of our own planet, especially concerning the long-term climate evolution on Earth.