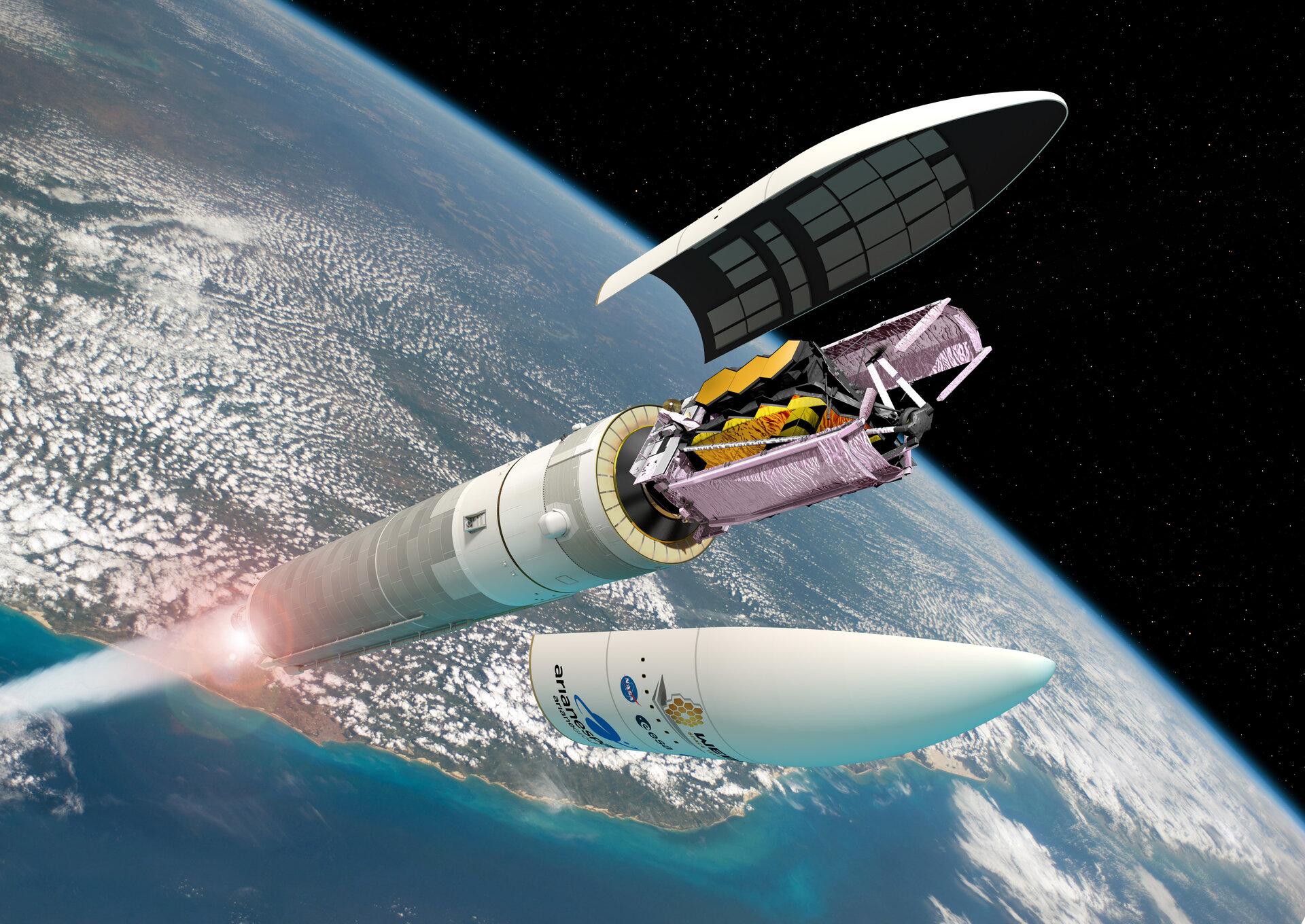 The launch readiness date for the James Webb Space Telescope (Webb) is moving to no earlier than 22 December 2021 to allow for additional testing of the observatory, following a recent incident that occurred during Webb's launch preparations.

The incident occurred during operations at the satellite preparation facility at Europe's Spaceport in Kourou, French Guiana, performed under Arianespace overall responsibility. Technicians were preparing to attach Webb to the launch vehicle adapter, which is used to integrate the observatory with the upper stage of the Ariane 5 rocket. A sudden, unplanned release of a clamp band – which secures Webb to the launch vehicle adapter – caused a vibration throughout the observatory.

A NASA-led anomaly review board was immediately convened to investigate and instituted additional testing to determine with certainty the incident did not damage any components. NASA and its mission partners will provide an update when the testing is completed at the end of this week.

Webb was previously scheduled to launch 18 December on an Arianespace Ariane 5 rocket from Europe's Spaceport.

The James Webb Space Telescope is the next great space science observatory following Hubble, designed to answer outstanding questions about the Universe and to make breakthrough discoveries in all fields of astronomy. Webb will see farther into our origins – from the Universe's first galaxies, to the birth of stars and planets, and exoplanets with the potential for life. Closer to home, Webb will also look at our own Solar System. Webb is an international partnership between NASA, ESA and the Canadian Space Agency (CSA). The telescope launches on an Ariane 5 from Europe's Spaceport in French Guiana. As well as launch services, ESA contributes to two of the four science instruments, as well as personnel to support mission operations.