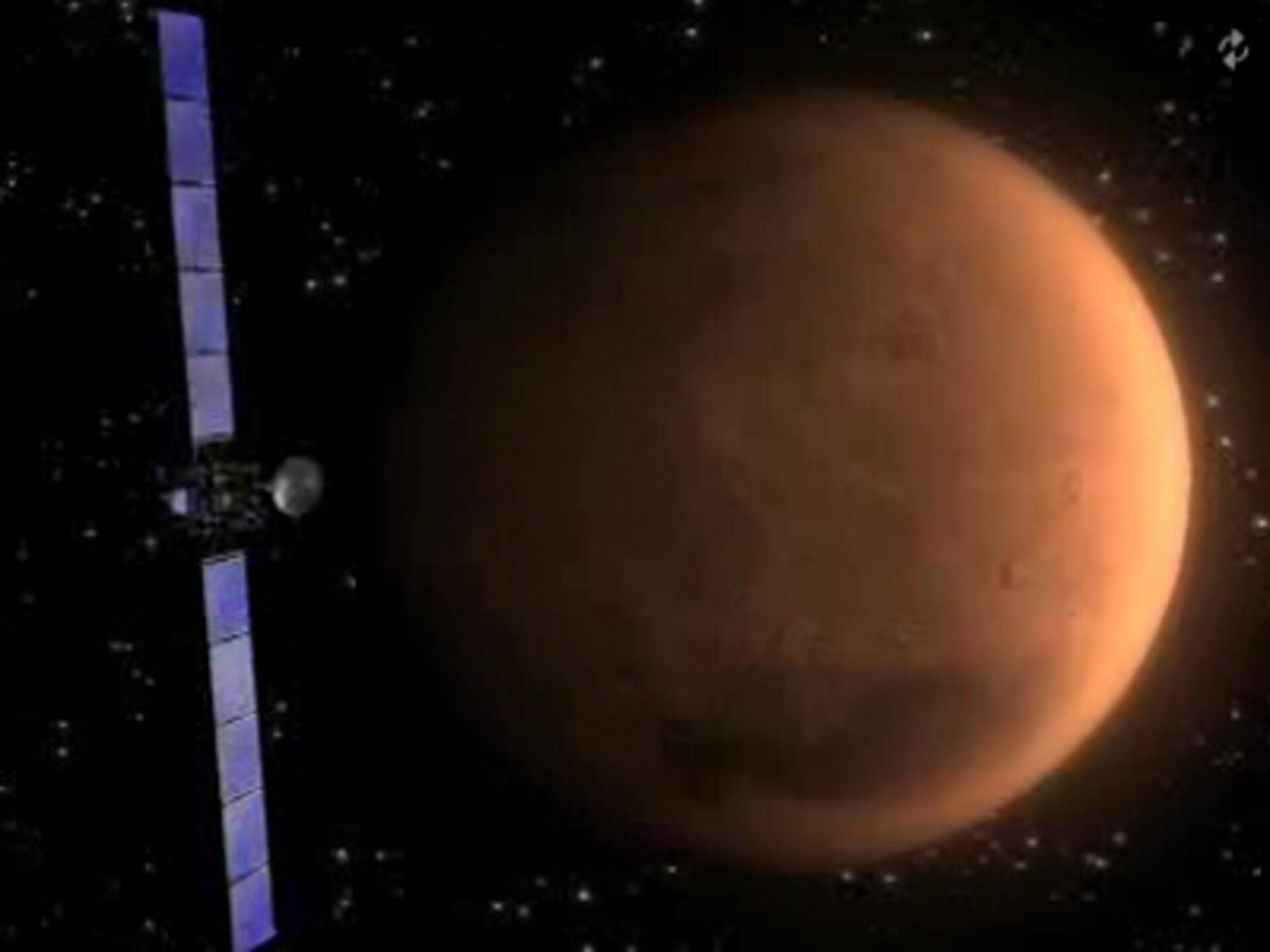 Between 03:13 and 03:40 CET, ESA's comet chaser, Rosetta, swung-by Mars at a distance of only 250 kilometres, changed direction and then sped away from the Red Planet on a brand new path, continuing on a journey that will ultimately take it beyond Jupiter's orbit.

Its final destination is comet Churyumov-Gerasimenko, which it will reach only in 2014, after travelling some 6000 million kilometres in 10 years (its epic voyage began on 2 March 2004 with a launch by an Ariane 5 rocket). Rosetta will next be heading for the Sun, and its journey will require two more swing-bys around the Earth, in November this year and November 2009.

Once at its destination, Rosetta will first deposit, from a height of about one kilometre, a small but very complex lander on the comet’s nucleus. This lander, a sort of miniature chemical laboratory packed with sophisticated instruments, will analyse the surface and provide information on the nucleus. The Rosetta probe will then chase the comet for one year and observe its nucleus as it continues on its trip towards the inner Solar System at a speed of 135,000 km per hour.

There is still a long way to go, but so far everything seems to be going exactly according to plan. ESA's Director of Science, David Southwood, witnessing the Mars swing-by at ESOC with scientists involved in the mission and the operations teams, said: "Interplanetary expeditions rely on very complex communication links. ESA’s mission operations centre here in Darmstadt is doing a great job. I and all the scientists involved in the mission are grateful to the experts who are taking such good care of 'our baby'. And this is only the beginning. The true excitement of targeting and releasing the lander on the comet’s nucleus is yet to come. Today we have reached another milestone on the way to finding an answer to questions such as whether life on Earth began with the help of comets."

During the approach to Mars, instruments onboard Rosetta - as well as on its lander - were switched on at predefined times to observe the environment and take imagery of the Red Planet. In September 2008 and July 2010, when it is deep inside the asteroid belt between Mars and Jupiter, Rosetta will also observe the asteroids Stein and Lutetia close up.