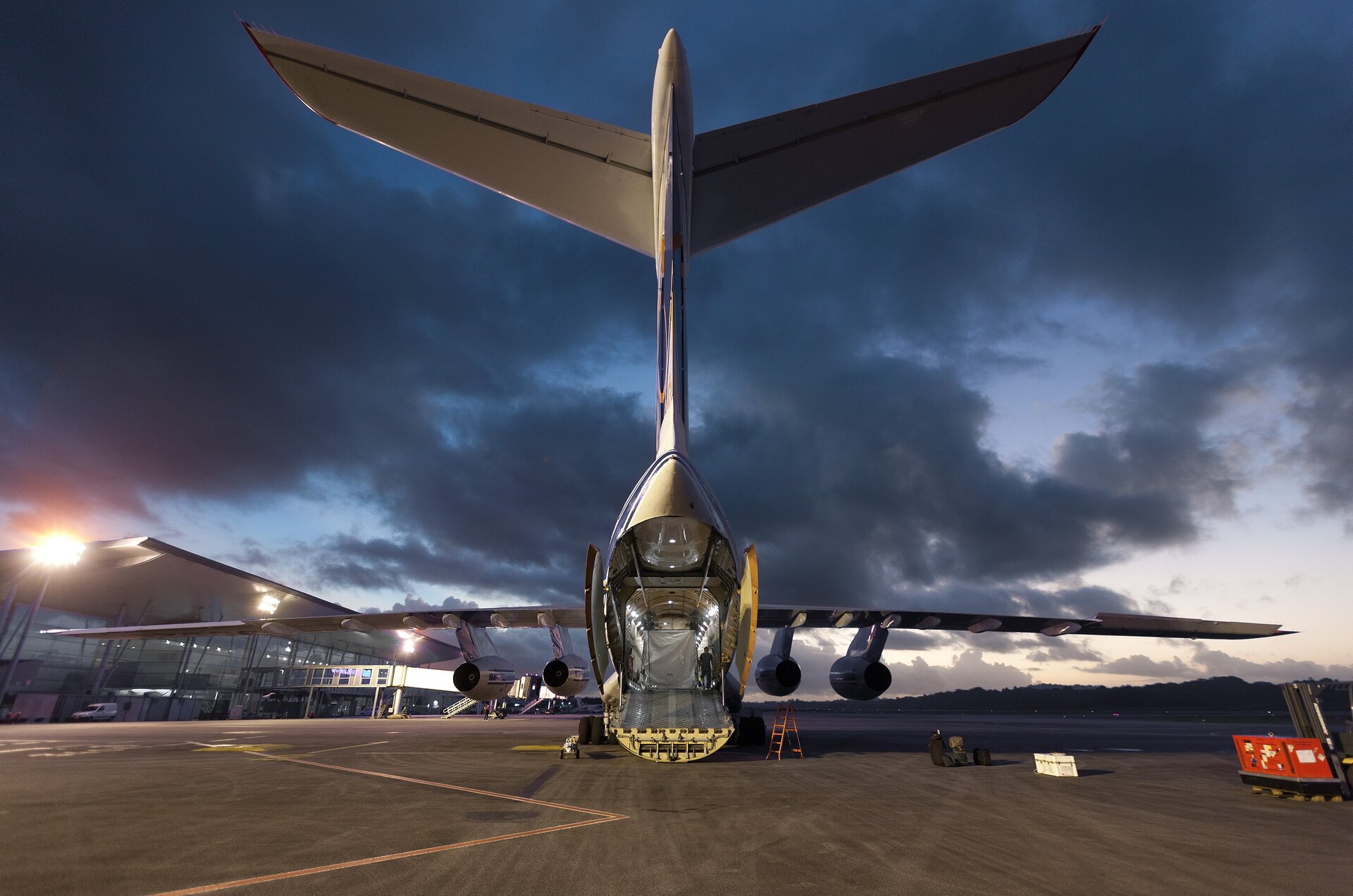 The next two Galileo satellites are now in place at Europe’s Spaceport in French Guiana, being prepared for their shared launch this autumn.

The fourth Galileo satellite flight model arrived at Cayenne Airport in French Guiana on Friday 17 August, flown from the Thales Alenia Space facility in Rome aboard an Ilyushin aircraft.

Cocooned inside a protective air-conditioned container, the satellite was then transported to the preparation facility at the Guiana Space Centre to join the third Galileo satellite, which arrived there 10 days earlier.

These third and fourth Galileo ‘In-Orbit Validation’ (IOV) satellites are due to be launched aboard a Soyuz ST-B vehicle in October. These new satellites will join the first two Galileo satellites – launched last year – in medium Earth orbit at 23 222 km.

This will mark a significant step in Europe’s programme because it will complete the deployment of infrastructure required for the IOV phase and will allow for the first time a computation of on-ground position based solely on Galileo satellites.

The IOV phase is being followed by the deployment of additional satellites and ground segment as required to achieve the ‘Full Operational Capability’, leading to provision of services.

The first 22 of these FOC satellites are currently being built by OHB in Germany, responsible for the platforms and final satellite integration, and UK-based Surrey Satellite Technology Ltd, producing the payloads.

The first four Galileo IOV satellites have been built by a consortium led by EADS Astrium, Germany, with Astrium producing the platforms and Astrium UK responsible for the payloads.