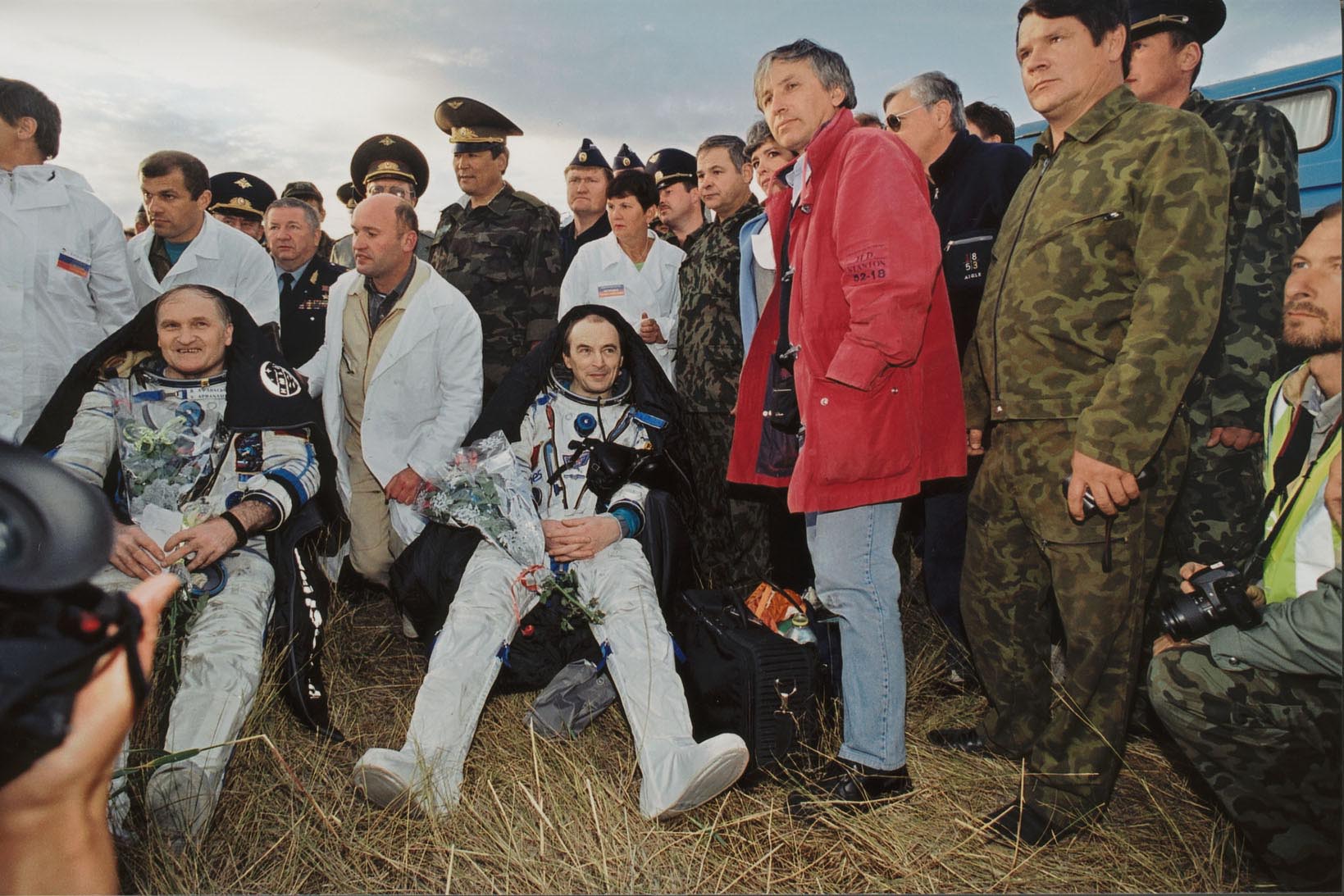 A space mission may last anything from a week to six months, but what happens when the crew returns to Earth? Within a few hours, they are transported from a weightless environment to normal gravity. Instead of living where everything tends to float, they come back to a planet where every movement is an effort.

Re-adapting to Earth’s gravity is hard because their muscles and bones have weakened, and the heart has to work much harder to pump blood around the body. Astronauts returning in Soyuz spacecraft have to be helped out by Russian rescue staff, and they are carried to waiting helicopters for the first part of their journey home.

Even those who fly back in the Shuttle often feel lightheaded. Some may faint. They also have trouble standing up, walking, turning corners and keeping a sense of balance. If they close their eyes, they are likely to fall over. Even sleeping can be difficult. Some cosmonauts have reported that, months after their flight, they sometimes let go of a cup or other object in mid-air - and are shocked when it crashes to the floor! It can take three to four days to readjust after short flights, but four weeks or more after a six-month stay on the International Space Station.

Other side-effects take much longer to overcome. The decrease in bone density results in a greater chance of broken bones. The weakened muscles make it harder to lift even light objects or perform everyday activities. However, the wonders of space travel are hard to resist. Eight people have flown at least six times in space. Russian Valeri Polyakov spent 240 days in orbit, then, a few years later, he went back up for another 437 days!