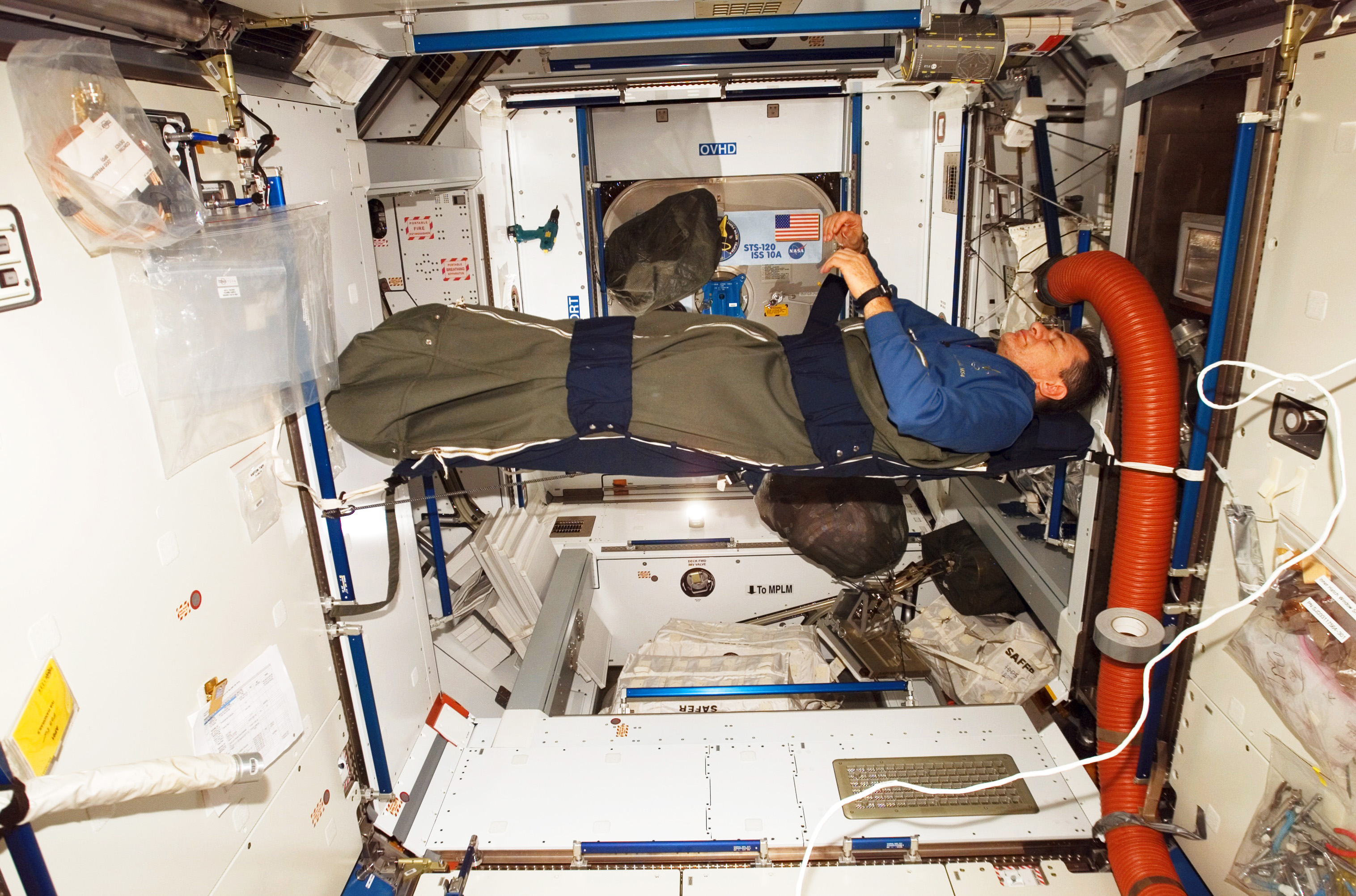 After a long day working in orbit, there is nothing like a good night’s sleep! However, sleeping is a little different in space. There is no up or down, and everything is weightless. Astronauts can attach their sleeping bags to a wall or a ceiling, and sleep anywhere as long as they don’t float around and bump into something.

On the International Space Station (ISS), most of the crew sleep in their own small cabins. If there are not enough of these for everyone on board, an astronaut can sleep in one of the ISS modules. The American quarters are private, soundproof booths where a crew member can also listen to music, use a laptop, and store personal effects in a large drawer or in nets attached to the cabin walls. The cabin also has a reading lamp, a shelf and a desktop.

It is important that sleeping quarters are well ventilated. Otherwise, astronauts can wake up deprived of oxygen and gasping for air, because a bubble of their own exhaled carbon dioxide has formed around their heads.

There are 16 sunsets and sunrises every 24 hours on the ISS, so it is not easy to know when it is time to sleep. Astronauts work and sleep according to a daily time plan. They are usually scheduled for eight hours of sleep at the end of each mission day. They may wear eyeshades or pull down shutters over the windows to keep out the sunlight while they are sleeping.

When it is time to wake up, the crew uses an alarm clock, or music broadcast by mission control back on Earth. The excitement of being in space and motion sickness can disrupt an astronaut’s sleep pattern. Some astronauts have reported having dreams and nightmares. Some have even reported snoring in space!