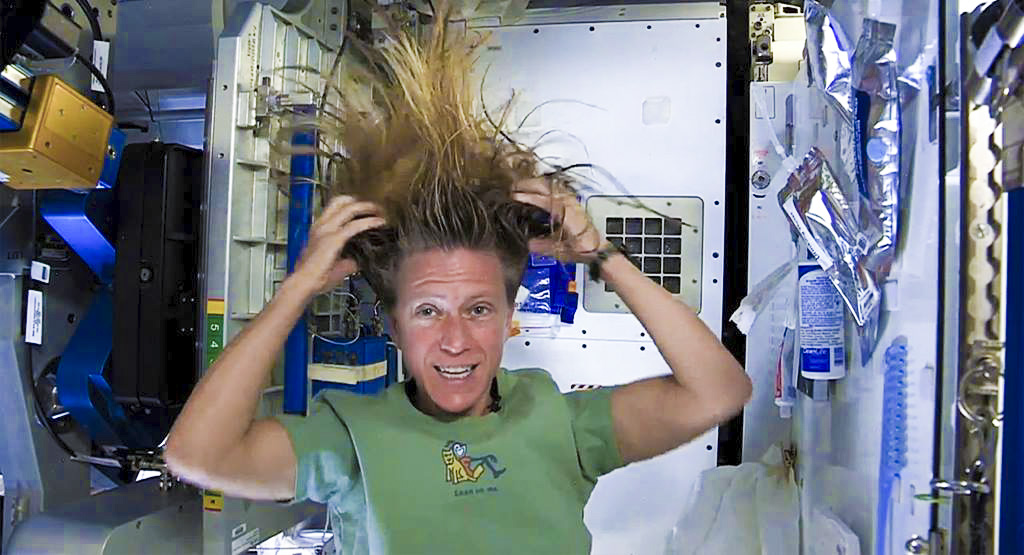 Living in a space station is rather like living in a desert. There is very little water available and every drop is precious.

The Space Shuttle has fuel cells that combine hydrogen and oxygen to make electricity. Large amounts of water are made as a by-product. But there are no fuel cells on the International Space Station (ISS).

Nearly all of the water used on the ISS has to be brought from Earth by the Shuttle or automated craft such as Russia's Progress or ESA's ATV. Astronauts use this for drinks and preparing food.

Some previous space stations were equipped with showers, but these are not fitted in the Shuttle or the ISS. Instead, astronauts use a damp, soapy cloth for washing. There is no washing of dirty dishes either. Used food containers are crushed and thrown away.

Some water on the ISS is taken from the air and recycled. A Russian unit can produce 24 kg of water per day in this way. This is purified and used for drinking or food preparation.

The toilet uses a flow of air instead of water to flush away the human waste. Urine produced when astronauts use the toilet is also purified and recycled.