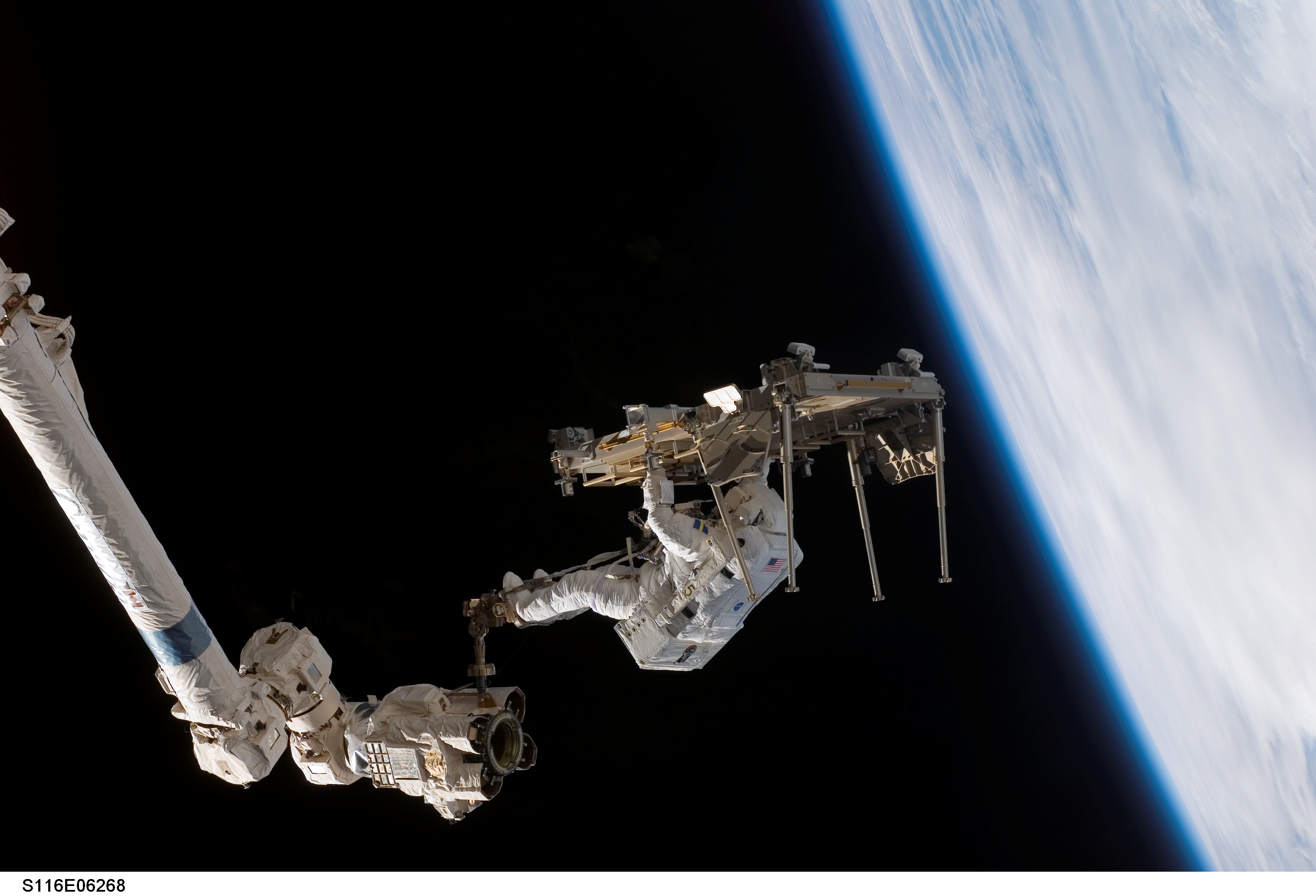 Imagine walking in space and flying around the Earth at more than 27,000 km/h! This is what hundreds of spacewalkers have experienced in the last 50 years. Spacewalks (officially known as Extravehicular Activity or EVA) are an essential part of working in space. They are used to install new equipment and experiments, and to carry out repairs. Almost 1,000 hours of spacewalks have been needed to build and maintain the International Space Station since 1998.

Spacewalkers wear protective suits when they enter the airless vacuum of space. These suits have many different layers which keep the wearers at the right temperature, enable them to breathe, and protect them from harmful radiation. The oxygen pressure inside the suits is lower than in the Space Station. As a result, astronauts have to spend about four hours breathing oxygen inside an airlock before they can step outside.

There are two different pressure suits stored on the ISS. The American suit has two sections: a hard upper torso and a flexible lower torso. These sections connect at the waist. The astronaut’s legs are pushed into the trousers, then the arms and upper body are placed in the upper section. The Russian suit has a hard upper section with a back door which also houses the life support system. This makes it easier to put on single-handed. Both suits have separate gloves and helmets.

Spacewalkers are often carried from place to place on the end of a robotic arm. There are also special hand rails to help them move around. To stop them floating away and being lost in space, they are connected to the Station by thin cords. Spacewalks can last for many hours. The record is held by Susan Helms and James Voss, who spent nearly 9 hours in space in March 2001.