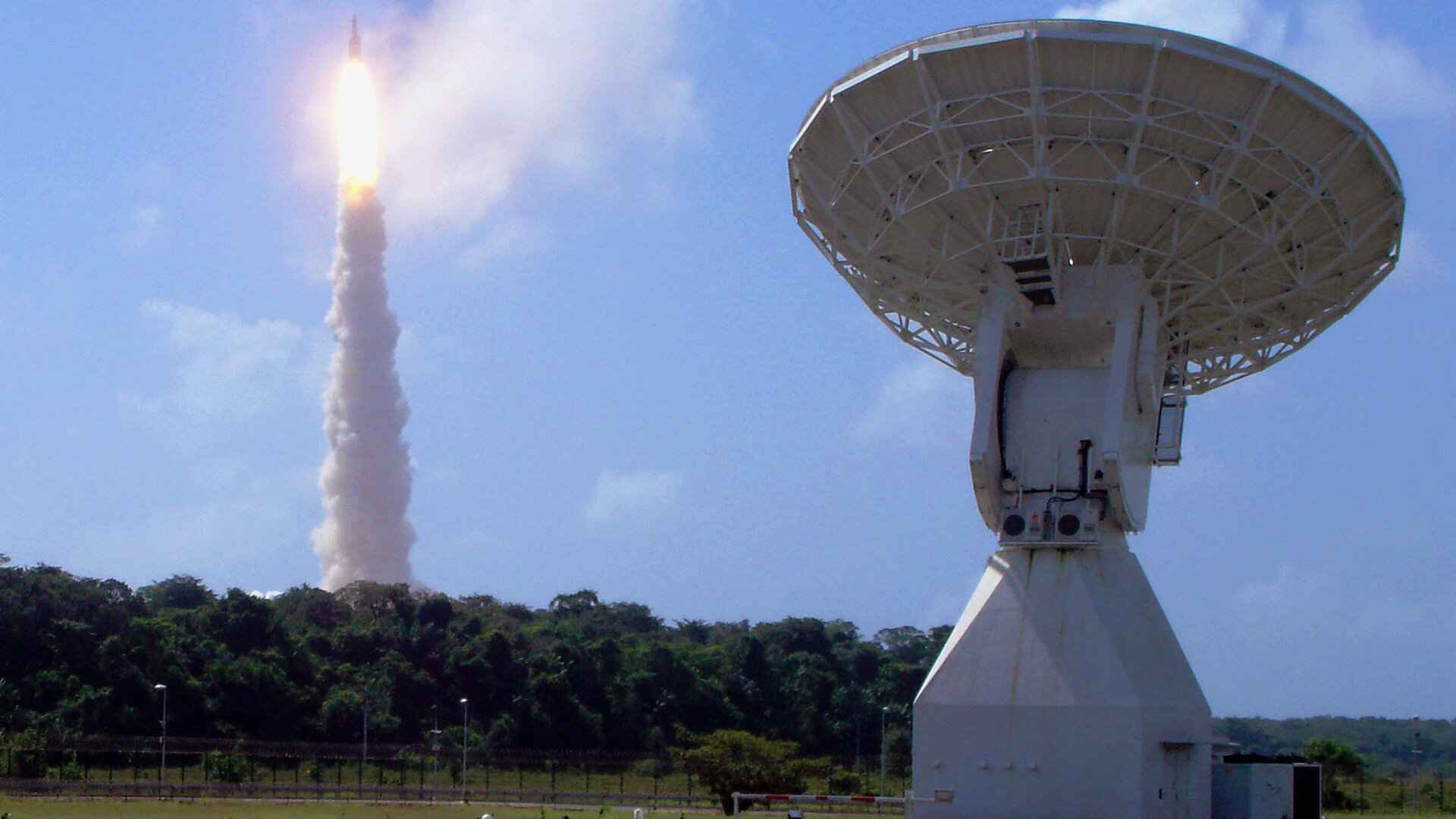 Shortly after China’s Chang’e-3 spacecraft departs Earth to land on the Moon, ESA’s network of tracking stations will swing into action, providing crucial support for the vessel’s five-day lunar cruise.

China’s Chang’e-3, named after the mythological goddess of the Moon, is scheduled for lift off on 1 December from the Xichang launch base in China’s Sichuan province on a journey to deposit a lander and a six-wheeled rover on the lunar surface.

Immediately after liftoff, ESA’s station in Kourou, French Guiana, will start receiving signals from the mission and uploading commands on behalf of the Chinese control centre.

The tracking will run daily throughout the voyage to the Moon. Then, during descent and after landing, ESA’s deep-space stations will pinpoint the craft’s path and touchdown.

“We are proud that the expertise of our ground station and flight dynamics teams and the sophisticated technologies of our worldwide Estrack network can assist China to deliver a scientifically important lander and rover to the Moon,” says ESA’s Thomas Reiter, Director for Human Spaceflight and Operations.

“Whether for human or robotic missions, international cooperation like this is necessary for the future exploration of planets, moons and asteroids, benefitting everyone.”

The effort is being run from the Estrack Control Centre in ESA’s European Space Operations Centre in Darmstadt, Germany.

Working with Chinese tracking stations, Kourou will support the mission through lunar orbit entry on 6 December continuing until just prior to its descent to the surface, expected around mid-day on 14 December.

The landing and rover operations on the Moon will be commanded via two Chinese tracking stations at Kashi, in the far west of China, and at Jiamusi, in the northeast.

“After the lander and rover are on the surface, we will use our 35 m-diameter deep-space antennas at Cebreros, Spain, and New Norcia, Australia, to provide ‘delta-DOR’ location measurement,” says Erik Soerensen, responsible for external mission tracking support at ESOC.

“Using this delta-DOR technique, you can compute locations with extreme accuracy, which will help our Chinese colleagues to determine the precise location of the lander.”

Together with Cebreros, New Norcia will record Chang’e-3’s radio signals during landing, which will help the Chinese space agency to reconstruct the trajectory for future reference.

A team of engineers from China will be on hand in Darmstadt. “While we’re very international at ESOC, hardly anyone speaks Mandarin, so having Chinese colleagues on site will really help in case of any unforeseen problems,” says Erik.

“Both sides are using international technical standards to enable our stations and ESOC to communicate with their mission and ground systems."