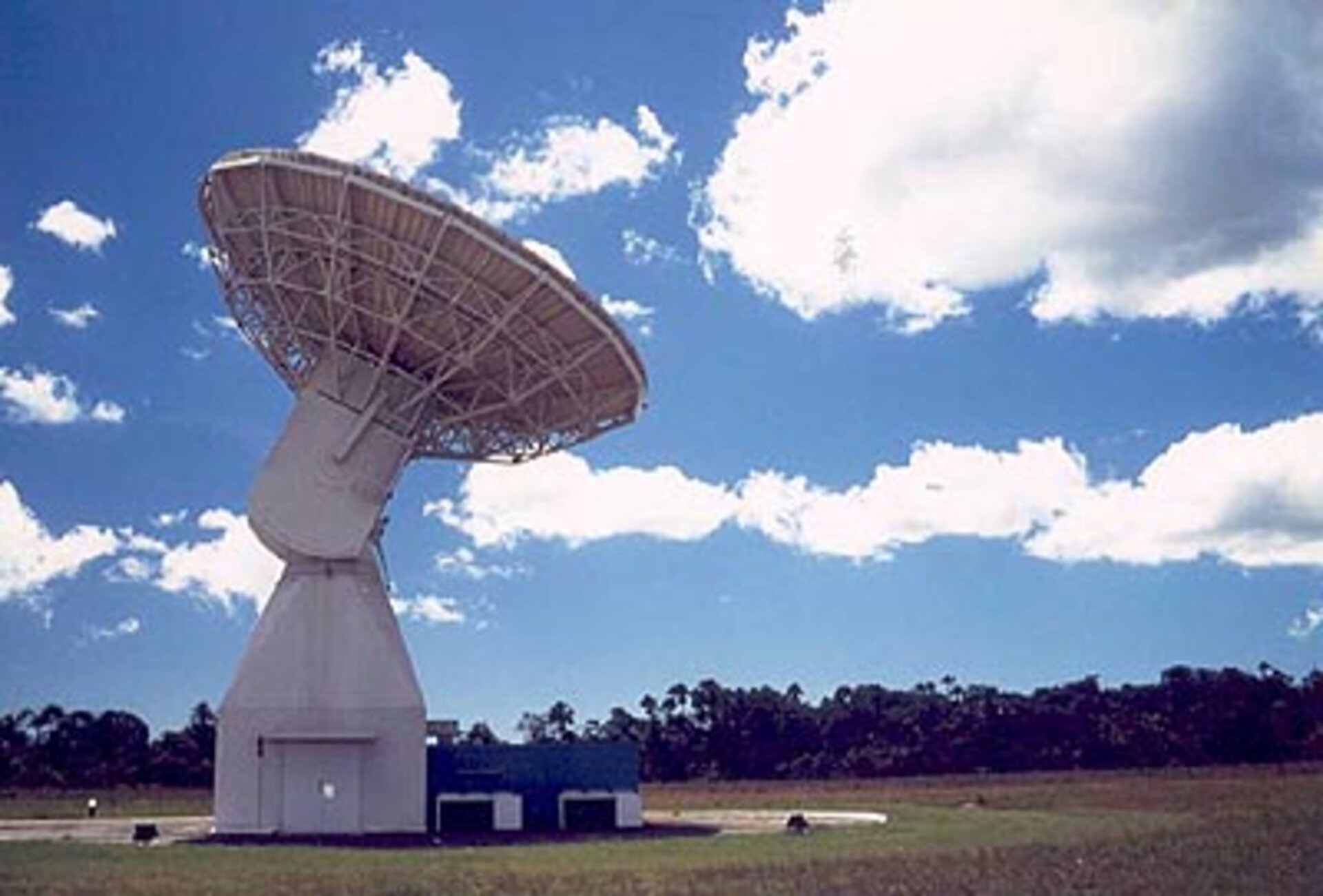 The ESA ground station network is being mobilised to provide direct support to China's Chang'e-1 Moon mission. Three ESTRACK stations will be used to track Chang'e-1 on the flight to the Moon and during the critical Moon orbit insertion.

The mission was launched on 24 October 2007 at 10:05 UTC (12:05 CEST) from Launch Pad 3 at the Xichang Satellite Launch Centre in south-west China's Sichuan Province.

Engineers at ESOC, the European Space Operations Centre, in Darmstadt, Germany, will be 'on the loop' - in voice communication - with Chinese mission controllers at BACC, the Beijing Aerospace Command and Control Centre, starting on 1 November.

These will be joined later by ESTRACK's DS1 - the giant 35m deep-space station at New Norcia, Australia.

The three will rotate tracking duties during Chang'e-1's cruise to the Moon, and will be in contact during the critical orbit insertion manoeuvres, scheduled for 5, 6 and 7 November.

At certain points, Chang'e-1 will not be visible from China's own tracking stations, making ESTRACK support essential for mission success.

"There has been a lot of preparation on the ESTRACK side, but we're ready to go," said John Reynolds, Operations Manager for ESTRACK in support to Chang'e-1.

ESA previously provided ESTRACK services to China for the Double Star mission, which conducted joint studies - together with ESA's Cluster - of the Sun's effects on the Earth's environment.

ESA stations are remotely controlled from the ESTRACK Control Centre (ECC) located at ESOC, and are normally unmanned for routine operations. For Chang'e-1, engineers will be on duty at the three stations involved to provide quick response in the event of any technical problems.

Scientists, engineers and ground control experts from ESOC have spent months working to ensure that Chang'e-1 support goes off without a glitch. Preparations included a series of joint meetings in Beijing and Darmstadt, use of ESOC's reference station for testing, and upgrading station software. ESTRACK controllers have also participated in simulations with their Chinese counterparts.

"ESA's expertise in tracking Chang'e-1 sets the stage for future cooperation with China. The Agency's ESTRACK network is a resource that benefits not only the Agency but also all space science through such international cooperation," said Erik Soerensen, Head of the System Requirements and Validation Section at ESOC.

In return for ESA's tracking services, China will share scientific data generated by the mission and the two agencies will also establish a visitors' programme so that researchers can learn from each other (see New mission to the Moon lifts off).

During ESA's SMART-1 mission, which ended in September 2006, the agency provided China with details of the spacecraft's position and transmission frequencies so that the Chinese could test their tracking stations and ground operation procedures by following it - a part of their preparation for Chang'e-1.

Chang'e-1 represents the first step in China's plans to land robotic explorers on the Moon before 2020. The spacecraft is large, weighing in at 2350 kg, and it will operate from a low, circular lunar orbit, just 200 km above the surface of the Moon. From here, it will perform its science mission for a full year.

Named after the Chinese goddess of the Moon, Chang'e-1 is the first phase in the China Lunar Exploration Program (CLEP).

This programme is expected to last until around 2020 and the next phase will include a lander and associated rover. Looking farther into the future, plans are being drawn up for a sample return mission to bring lunar rocks to Earth for analysis.