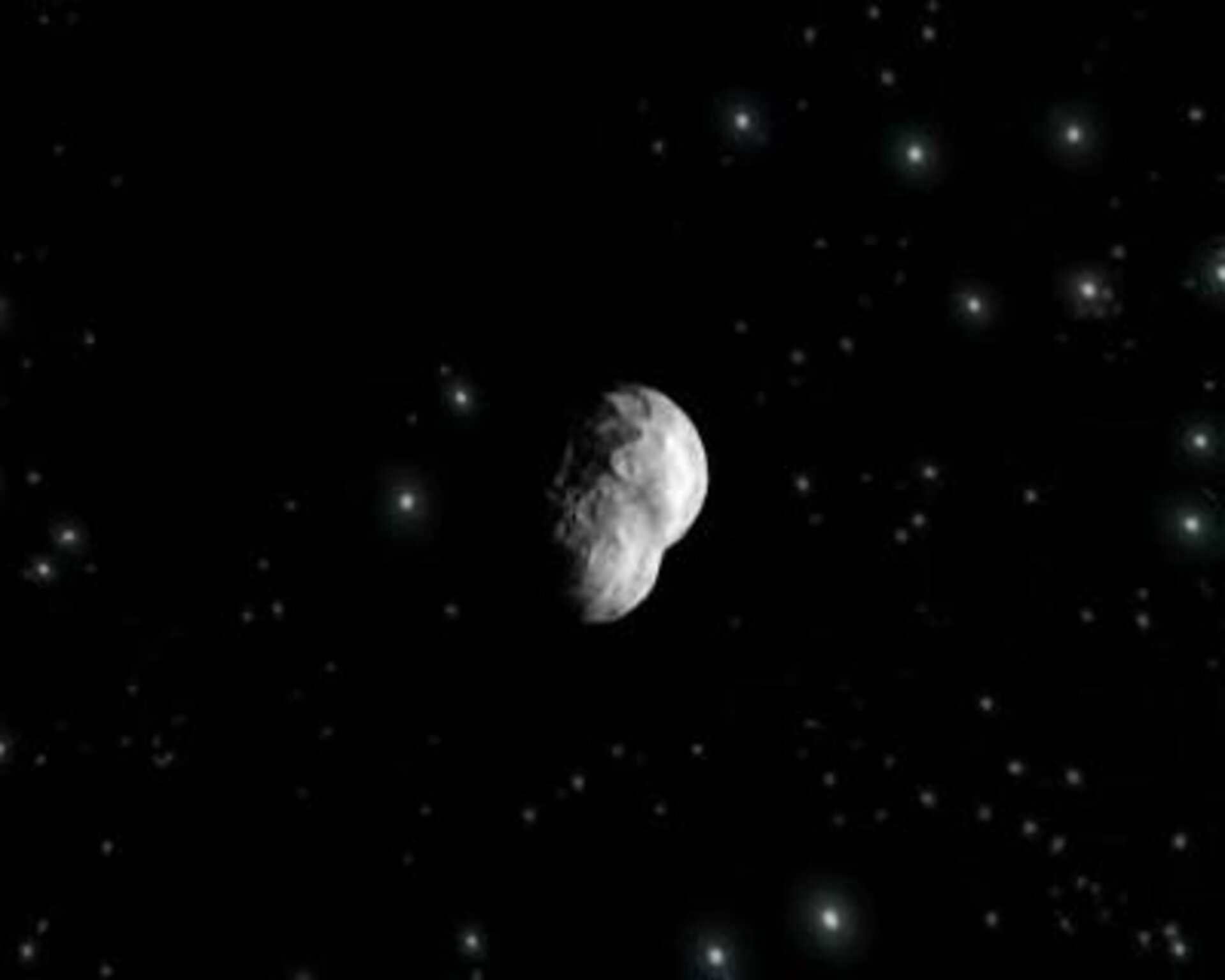 Heading toward its first target-asteroid, (2867) Steins, ESA's Rosetta spacecraft has started using its cameras to visually track the asteroid and eventually determine its orbit with more accuracy.

Rosetta started the optical navigation campaign on 4 August 2008, at a distance of about 24 million km from Steins; the campaign will continue until 4 September, when the spacecraft will be approximately 950 000 km from the asteroid.

"The orbit of Steins, with which Rosetta will rendezvous on 5 September, closing to a distance of 800 km, is only known thanks to ground observations, but not yet with the accuracy we would like for the close fly-by," said Gerhard Schwehm, Rosetta Mission Manager based at ESA's European Space Astronomy Centre (ESAC), near Madrid, Spain.

We will be able to use the first data set for the trajectory correction manoeuvre planned for mid-August.

The purpose of the tracking campaign is to reduce the error in our knowledge of Steins' orbit from about 100 km to only within 2 km (in the direction perpendicular to the flight direction of the asteroid, called 'cross-track'), so as to allow Rosetta an optimal approach to this celestial body.

Both Rosetta's navigation cameras and the OSIRIS (Optical, Spectroscopic, and Infrared Remote Imaging System) imaging system will be used to track Steins.

"For the first three weeks of the campaign, however, only the powerful eyes of OSIRIS will actually be able to spot the asteroid, which will look only like a dot in the sky," said Andrea Accomazzo, Rosetta Spacecraft Operations Manager at ESA's European Space Operations Centre (ESOC), Darmstadt, Germany.

"Starting 11 days before closest approach, as the distance with Steins decreases, the two Rosetta navigation cameras will finally be able to see and track the asteroid, too," he added.

For the first three weeks of the campaign, Rosetta will image Steins twice a week and then, starting on 25 August, it will take images daily until 4 September.

The Steins orbital information gathered during the tracking campaign will be used to adjust Rosetta's trajectory for the 5 September fly-by. "We will already be able to use the first data set for the trajectory correction manoeuvre planned for mid-August," said Sylvain Lodiot, from the Rosetta Flight Control Team at ESOC.

"As Rosetta's distance from Steins decreases, the precision of the measurements for Steins' orbit will increase even further, allowing us the best possible trajectory corrections later on before closest approach, especially in early September."

Rita Schulz, Rosetta Project Scientist based at ESA's European Space Research and Technology Centre (ESTEC), Noordwijk, the Netherlands, explained that this is the first time in the Rosetta mission that the OSIRIS scientific instrument is being used for tracking purposes.

"But OSIRIS will also take this opportunity to obtain 'light curves' of Steins. Light curves tell us how the asteroid brightness varies with time, providing us with additional preparatory information about the asteroid, such as better knowledge of its shape and rotation characteristics," she said.

The optical navigation campaign follows a series of active check-outs of Rosetta's scientific instrumentation, which lasted from 5 July to 3 August this year. A mission milestone for Rosetta, these activities also verified the instruments' readiness for the fly-by observations, and allowed on-board software modifications to be implemented for several of them.