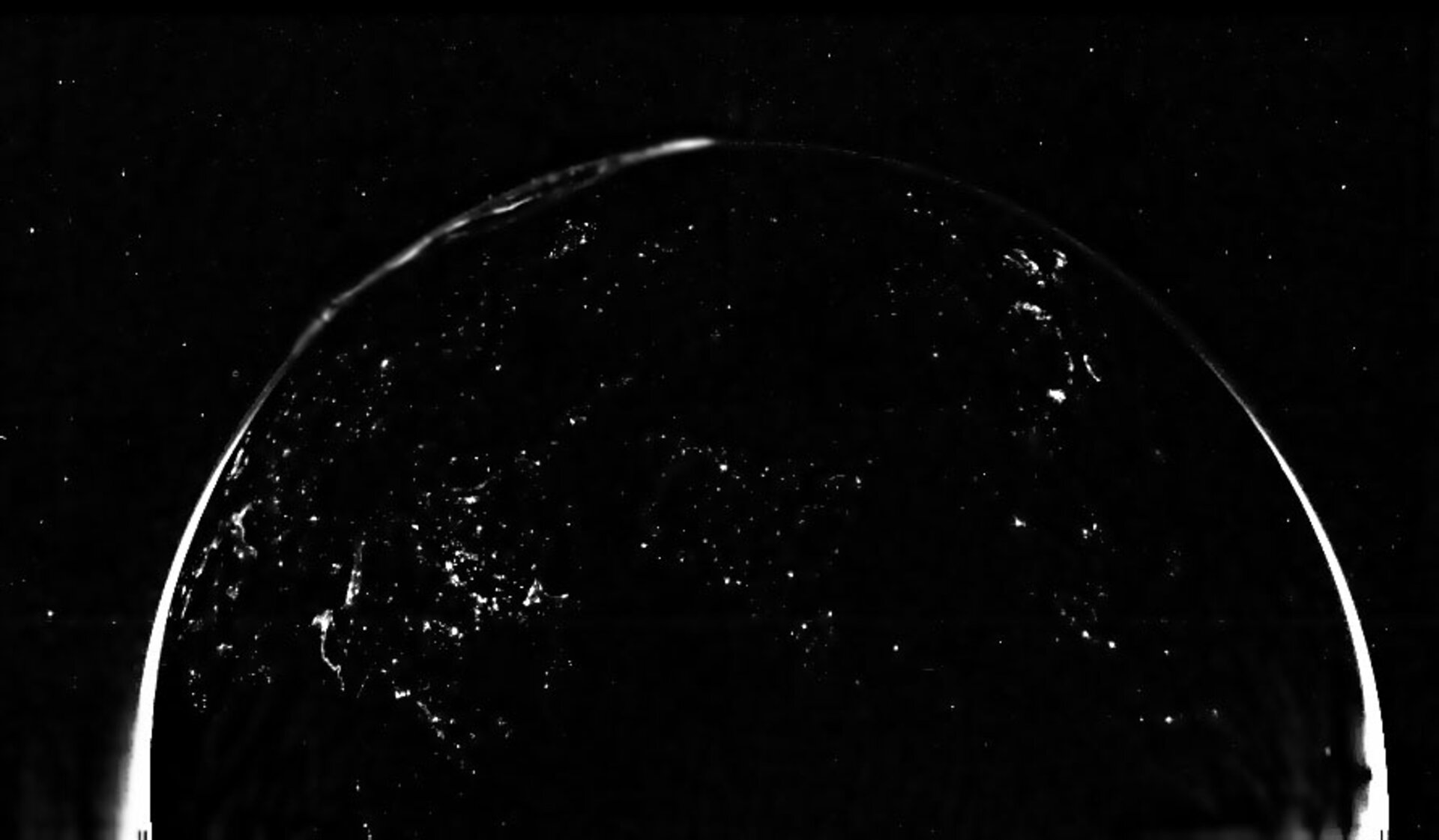 The first image was taken with the OSIRIS Wide Angle Camera (WAC) at 19:45 CET, about 2 hours before the closest approach of the spacecraft to Earth. At the time, Rosetta was about 80 000 km above the Indian Ocean where the local time approached midnight (the angle between Sun, Earth and Rosetta was about 160°).

Islands of artificial lights created by human habitation are sparsely distributed over the part of the globe seen in the picture.

Scroll down for an annotated version.

This image was taken with the Wide Angle Camera (WAC) at 20:05 CET, about 2 hours before the closest approach of the spacecraft to Earth. At the time Rosetta was about 75000 km from Earth. A sun-illuminated crescent can be seen around Antarctica. The image is a colour composite combining images obtained at various wavelengths.

This is an annotated version of the first image, showing various geographical and population features.

The images were captured between 19:45 and 20:05 CET, about two hours prior to Rosetta's gravity-assist passage past Earth, as the spacecraft flew to km over Earth's surface.

The image series was captured by the spacecraft's OSIRIS (Optical, Spectroscopic, and Infrared Remote Imaging System) instrument, which includes a wide-angle camera and a narrow-angle camera to obtain high-resolution images of the destination comet's nucleus and the asteroids that Rosetta passes on its voyage to Comet 67P/Churyumov-Gerasimenko.

OSIRIS will also help in identifying the best landing sites for the on-board lander. The Principal Investigator is H.U. Keller, of the Max Planck Institute for Solar System Research, Katlenburg-Lindau, Germany.