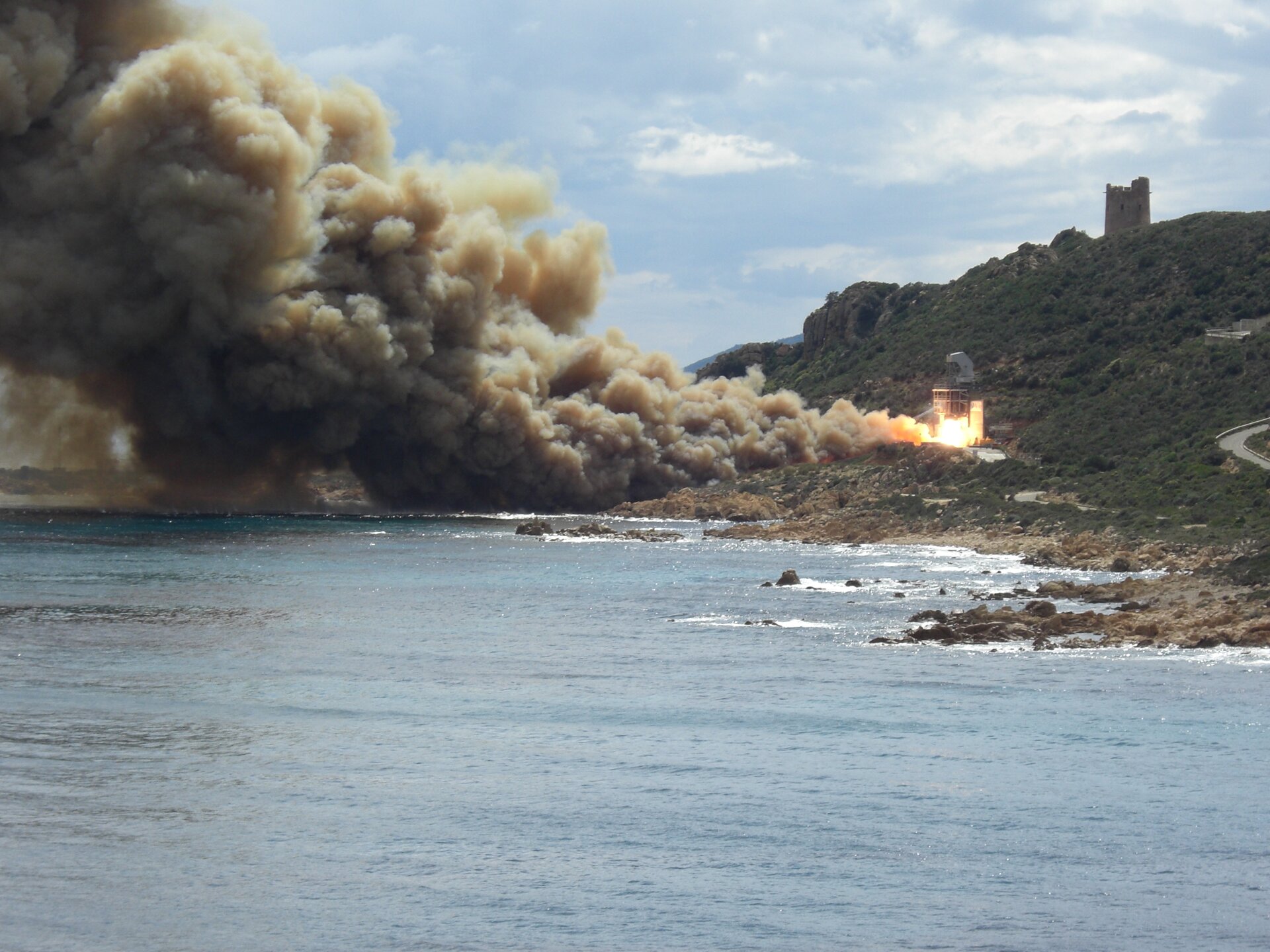 Ignition of the qualification model of the Zefiro 23 solid-propellant rocket motor occurred at 13:15 CET. In just 14 seconds, the thrust reached 930 kN, equivalent to nearly 95 tonnes of force.

This was the second and final firing test for the Zefiro 23, in which over 24 tonnes of propellant was consumed with a flame temperature of over 3000 K. The burn lasted approximately 75 seconds and initial results show the test to be a success.

The combustion chamber pressure and motor thrust were well within the test prediction. Large amplitude movements of the thrust vector control system were executed - simulating worst-case manoeuvres - and the performance was very satisfactory. Additionally, modifications implemented in the nozzle design following the anomaly experienced during the previous Zefiro 9 test were proven to be effective.

“The success of this test demonstrates the soundness of the design and rewards the enormous efforts of the team that has worked on the project,” stated Francesco Betti, Head of the Design Department at Avio's Space Division.

The motor will now be transported back to Avio's facility at Colleferro (Italy) for a thorough inspection of all its components and the data obtained from the 400 sensors deployed during the test will be analysed in more detail.

In the past 27 months, four Vega test firings have taken place at Salto Di Quirra, each one a milestone in the development of the Vega launcher. The Zefiro 23 is the second Vega solid rocket motor to achieve qualification, following the P80 first stage motor, which completed qualification testing in December 2007.

“The teams of Avio, ELV, SABCA APP and of the Integrated Programme Team of ESA, CNES and ASI did a great job. This success paves the way for the Vega maiden flight,” said Stefano Bianchi, Head of the Vega Programme at ESA.

Vega is a single body launcher composed of three solid-propellant stages and a liquid-propellant upper module. It is approximately 30 metres high, and weighs a total of 137 tonnes at lift off. Vega's reference launch capacity is to carry a 1500 kg payload into a 700 km-altitude polar orbit, but the launcher is also designed to serve a wide range of scientific and Earth observation missions.