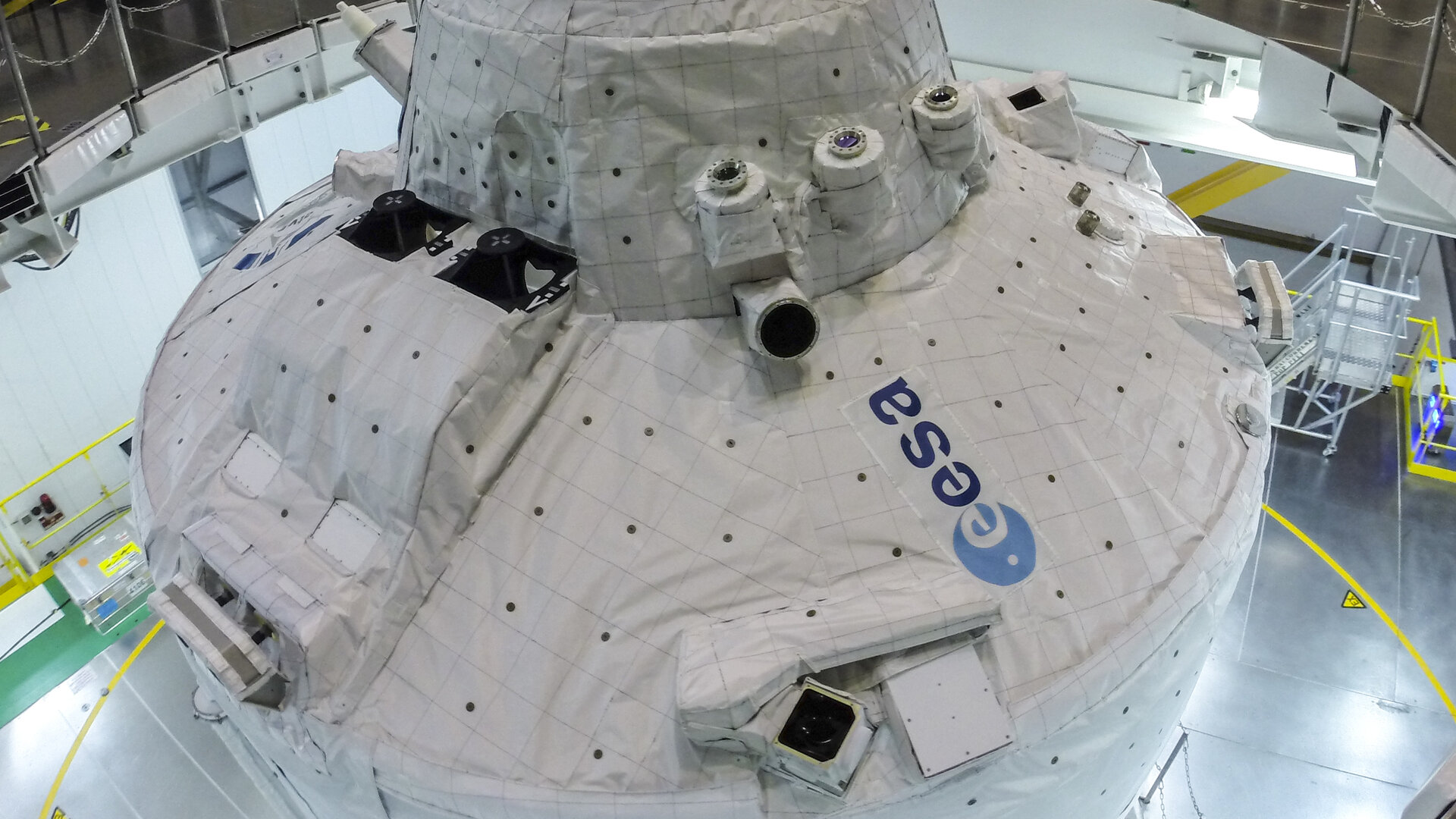 ESA’s fifth Automated Transfer Vehicle is now scheduled for launch to the International Space Station at 23:44 GMT on 29 July (01:44 CEST 30 July) on an Ariane 5 rocket from Europe’s Spaceport in Kourou, French Guiana.

ATV-5 will deliver more than six tonnes of cargo to the Station, again breaking the record for the heaviest spacecraft launched on Ariane. Everything has been loaded and the ferry is now sealed until it reaches the orbital outpost.

ESA astronaut Alexander Gerst will be the first to open the hatch of ATV Georges Lemaître in space when he takes responsibility for the cargo as ‘loadmaster’.

Alexander will manage the unloading of 6.6 tonnes of experiments, spare parts, clothing, food, fuel, air, oxygen and water for the six astronauts living in the weightless laboratory.

The star of the manifest is ESA’s Electromagnetic Levitator, which will study metals suspended in weightlessness as it heats them to 1600°C and then allows them to cool. The 400 kg unit was carefully loaded into ATV-5 in Kourou before the vessel’s propulsion module was attached.

ATV’s two main sections were then mated, leaving access to the cargo hold only through the forward hatch used by the astronauts. A special lift allowed technicians to enter the hold from above through this hatch, weeks before final closing time. Fifty-seven bags were loaded this way, including last-minute spare parts such as a pump to help recycle water on the Station.

Since the Station does not have a washing machine, cargo ships often bring fresh changes of clothes for the crews. This time, ATV-5 is also carrying high-tech ESA Spacetex t-shirts that promise to stay fresher for longer.

Also aboard is the Haptics-1 touchy-feely joystick, which will investigate how people feel tactile feedback in space, preparing for remote robotic operations from orbit.

Georges Lemaître is carrying many more experiments from Station partners in Japan and USA, from Zebrafish muscles to body-motion analysers, and even the mundane equipment any self-respecting laboratory stocks such as gloves, wipes, blood tubes and sample kits.

ATV-5 will also deliver more drinking water than ever before, as well as replenishing the astronauts’ food store.

Alexander and his crewmates will spend many hours unloading the cargo, but there is no rush – Georges Lemaître will stay attached to the Station for around six months.