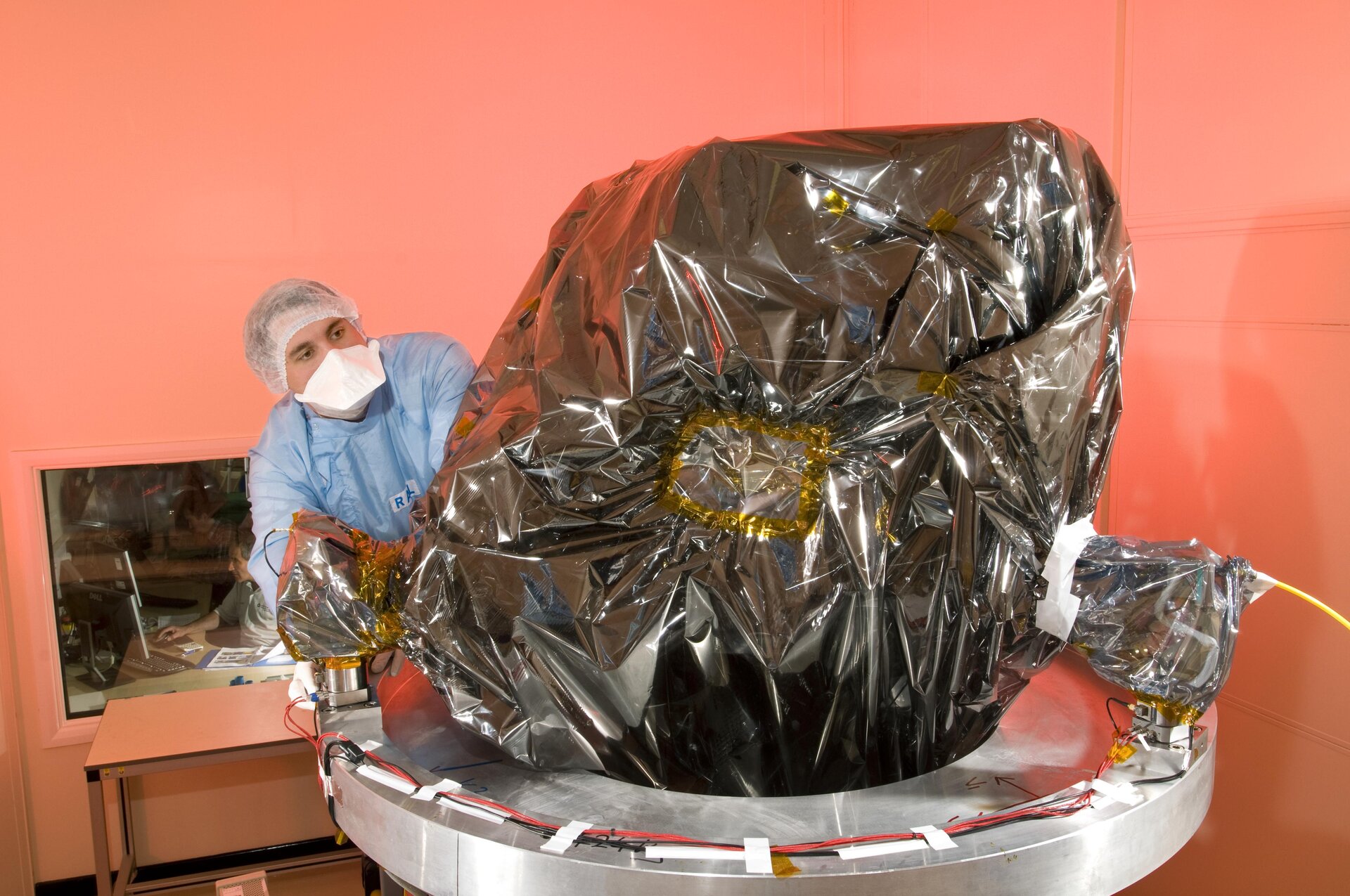 The first instrument to be completed for the James Webb Space Telescope, MIRI, was handed over by the European consortium that built it to ESA at a ceremony held in London today, and will now be delivered to NASA aiming for launch in 2018.

The delivery of MIRI, the Mid InfraRed Instrument, marks an important milestone for JWST, an infrared space observatory with a collecting area more than two and a half times larger than ESA’s Herschel Space Observatory – the largest infrared scientific telescope so far flown to space.

The handover comes at the end of a rigorous testing and calibration phase during which MIRI proved it can deliver cutting-edge science.

“The whole team is delighted that our hard work and dedication has resulted in a MIRI instrument that will meet all our scientific expectations,” says Dr Gillian Wright, the European Principal Investigator for MIRI.

“It is wonderful to be the first to achieve this major milestone for the JWST project. We can now look forward to significant scientific discoveries when it is launched.”

Once in space on JWST, MIRI, which comprises a camera and spectrometer, will operate at infrared wavelengths and at an extremely low temperature of -266°C – just 7°C above absolute zero.

The low temperatures are required to keep the instrument’s own infrared emission from overwhelming the faint signals from astronomical targets of interest in the distant Universe.

MIRI will be capable of penetrating thick layers of dust obscuring regions of intense star birth, it will see galaxies near the beginning of the Universe, and it will study sites of new planet formation and the composition of the interstellar medium.

“It is an immensely challenging project, but together with our US and Canadian colleagues, European scientists and engineers have successfully risen to the challenge and are now delivering key parts of JWST to NASA,” said Prof Mark McCaughrean, head of ESA’s Research and Scientific Support Department.

“The delivery of MIRI will mark the start of ISIM integration, a major milestone for NASA on the way to completion of JWST by 2018.”

ESA is also leading the development of another of JWST’s four instruments: NIRSpec, the Near-Infrared Spectrograph, will obtain spectra of more than 100 galaxies or stars simultaneously to study star formation and chemical abundances of young distant galaxies.

JWST is scheduled for launch in 2018 on an Ariane 5 rocket from Europe’s spaceport in Kourou, French Guiana.

It will be positioned about four times further from Earth than the Moon, 1.5 million kilometres beyond Earth’s orbit around the Sun, around the gravitationally stable point known as L2.