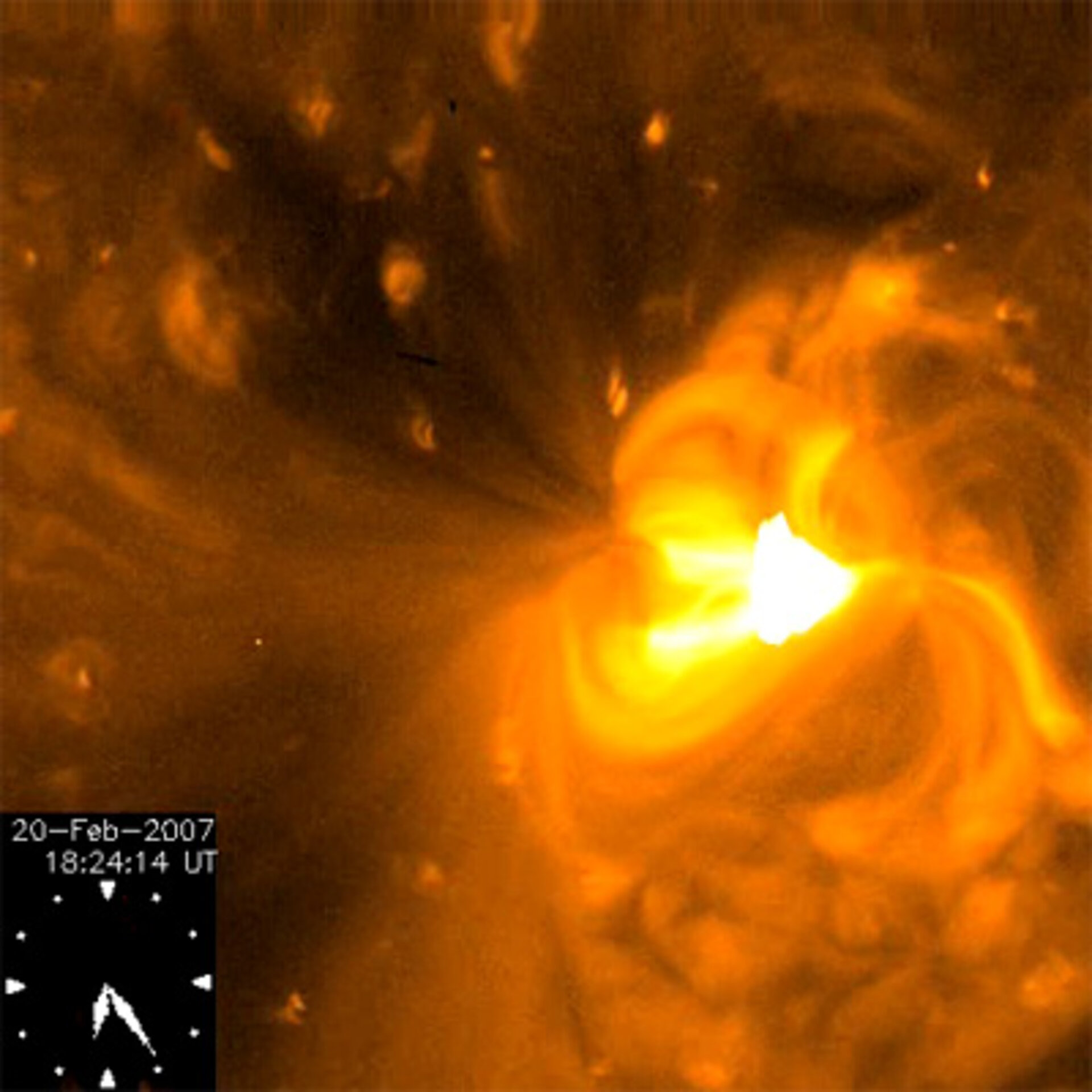 A plethora of latest results from the Hinode solar observatory contains a wealth of new discoveries. This includes the discovery of a source of the slow solar wind and the observation of a superhot micro flare.

Source of the slow solar wind

An international team of scientists, led by Prof. Louise Harra, University College London, Mullard Space Science Laboratory, has found a source of the stream of particles that make up the slow solar wind using data from Hinode and SOHO.

The solar wind can have low or high speeds. The low-speed or slow solar wind moves at only 1.5 million km/h. The high-speed wind is even faster, moving at speeds as high as 3 million km/h. As it flows past Earth, the solar wind changes the shape and structure of Earth's magnetic field.

ESA’ s SOHO and Hinode Project Scientist, Bernhard Fleck says, “In the past, apart from creating beautiful auroral displays, the solar wind didn’t affect us directly. But as we’ve become increasingly dependent on technology, we are more susceptible to its effects. We’re learning that variations in its flow can dramatically change the shape of Earth's magnetic field, which can damage satellites, disrupt communications and electrical power systems.”

The Sun is a cauldron of hot gas shaped by magnetic fields which create bright regions of activity on the solar surface. Using Hinode’s Extreme Ultraviolet Imaging Spectrometer (EIS), which measures the speed at which material flows out from the Sun, the scientists found that at the edges of these bright regions hot gas spurts out at high speeds.

Magnetic fields, as measured with the Michelson Doppler Imager (MDI) onboard SOHO, connect the regions together, even when they are widely separated. In one of the images, it can be seen that magnetic fields link two regions almost 500 000 km apart – a distance equivalent to 40 Earths placed side by side in space. When magnetic fields from two regions collide they allow hot gas to escape from the Sun – this material flows out as the solar wind.

Prof. Harra says, “It is fantastic to finally be able to pinpoint the source of the solar wind – it has been debated for many years and now we have the final piece of the jigsaw. In the future we want to be able to work out how the wind is transported through the solar system”.

Solar flares are explosions in the solar atmosphere caused by the sudden release of magnetic energy.

Using data from the Hinode and Reuven Ramaty High Energy Solar Spectroscopic Imager (RHESSI) solar observatories, astronomers led by Dr Ryan Milligan of Oak Ridge Association of Universities, Tennessee, USA, have observed a micro flare which reached a temperature of 15 million degrees Celsius - some 5 million degrees hotter than expected for a flare of this size.

"A flare typically divides its energy between directly heating the solar atmosphere and accelerating particles," said Dr Milligan. "This flare seems to focus on one task, devoting all its energy to heating. This allows it to become millions of degrees hotter than its multitasking cousins."