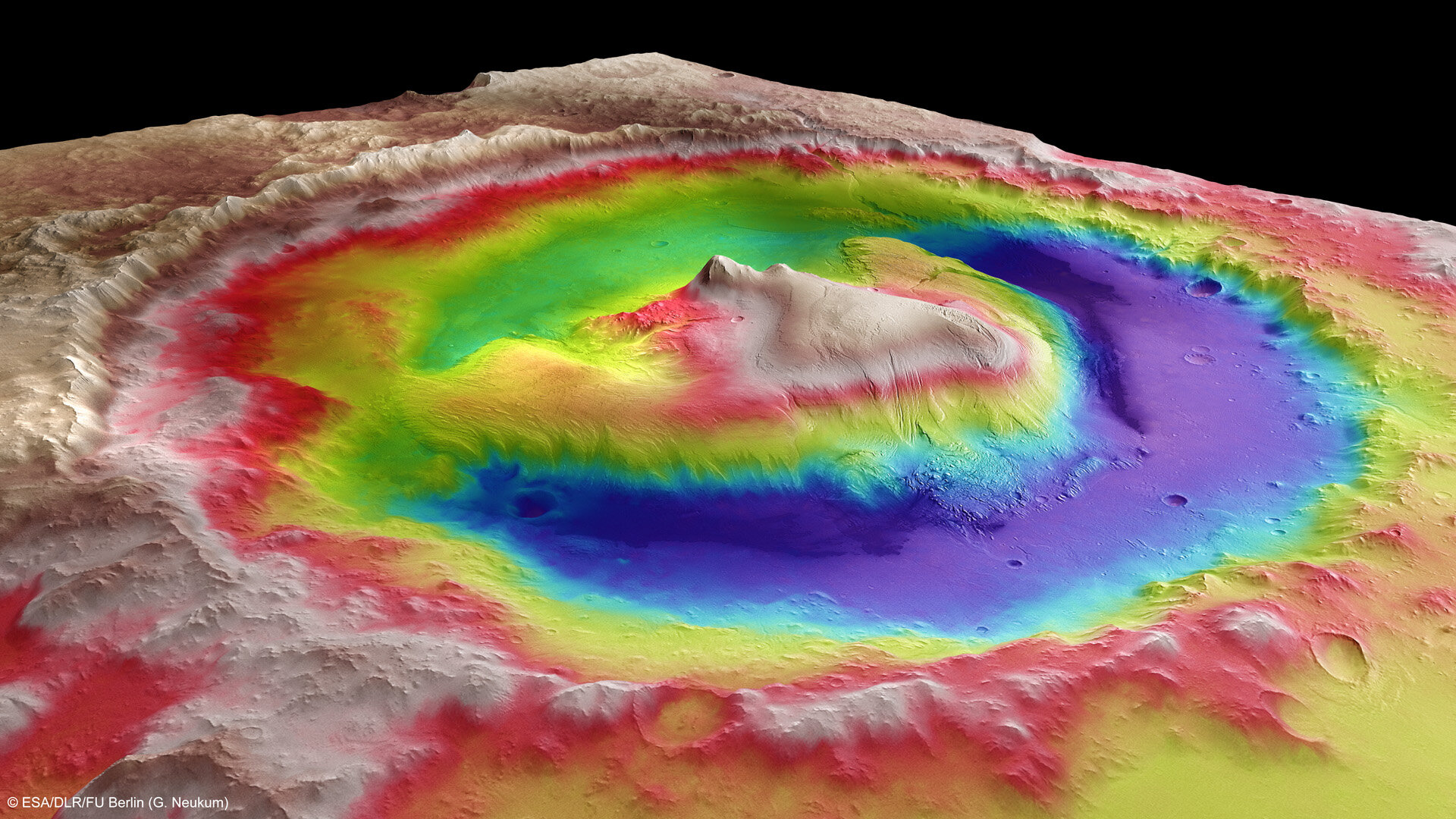 Much like a treasure map branded with an ‘X’ to mark the site of buried bounty, NASA’s rover Curiosity will be targeting its very own ‘X’ inside Gale Crater, to seek out the signs of past water – and maybe even life – on the Red Planet.

Mars Express will play an important role in monitoring the spectacular delivery of Curiosity to the martian surface during the ‘seven minutes of terror’ that describe the entry, descent and landing of the car-sized rover.

But the ESA spacecraft has already provided information that led to refinements of the rover’s landing ellipse last month.

Part of NASA’s Mars Science Laboratory (MSL) mission, Curiosity was initially aiming for a 20 x 25 km landing ellipse, already much smaller than the landing target area for any previous Mars mission thanks to MSL’s techniques for improved landing precision.

By combining elevation data from the High Resolution Stereo Camera on Mars Express, image data from the Context Camera on NASA's Mars Reconnaissance Orbiter, and colour information from Viking Orbiter imagery, the target ellipse was adjusted to just 20 x 7 km.

This shifts the centre of the ellipse closer to the mountain inside the 154 km-wide Gale Crater.

The central mound – known informally as Mount Sharp – rises 5.5 km above the crater floor and is the prime destination of Curiosity.

Orbiting spacecraft have already identified minerals and clays there that suggest water may have once filled the area, and as Curiosity slowly makes its ascent, it will analyse samples of these materials with its onboard laboratory in search of its own treasure: the building blocks of life.

The highlight of ESA’s support for NASA’s Curiosity landing happens at 06:29 on Monday, 6 August, when the Mars Express Lander Communication (MELACOM) system is switched on.

Recording of the radio signals transmitted by the Mars Science Laboratory (MSL) is planned to begin at 07:09 and end at 07:37 (all times shown as ground event time in CEST).

ESA’s ground tracking station in New Norcia, Australia, will also listen and record signals from the NASA mission at the same time.

At 08:15, Mars Express will contact Earth via ESA’s 35 m deep space station at New Norcia, and begin transmitting the recorded information, which should take about 11 minutes to download; signals will take nearly 14 minutes to cover the 248 million km distance to Earth.

The transfer will be complete by about 08:26; the data will be transferred in real time to ESOC, and made immediately available to NASA’s MSL mission team at the Jet Propulsion Lab in California. 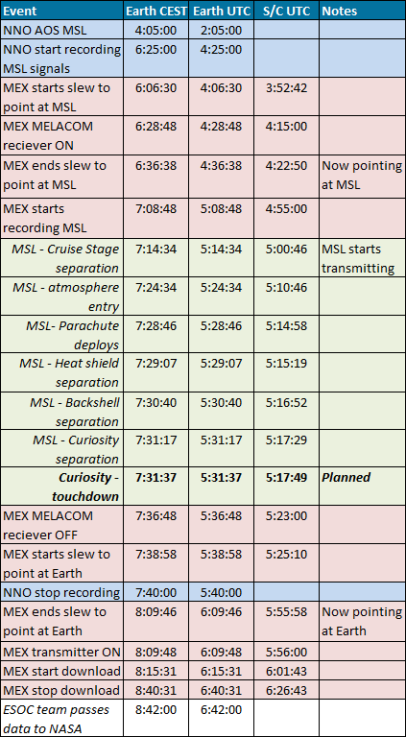