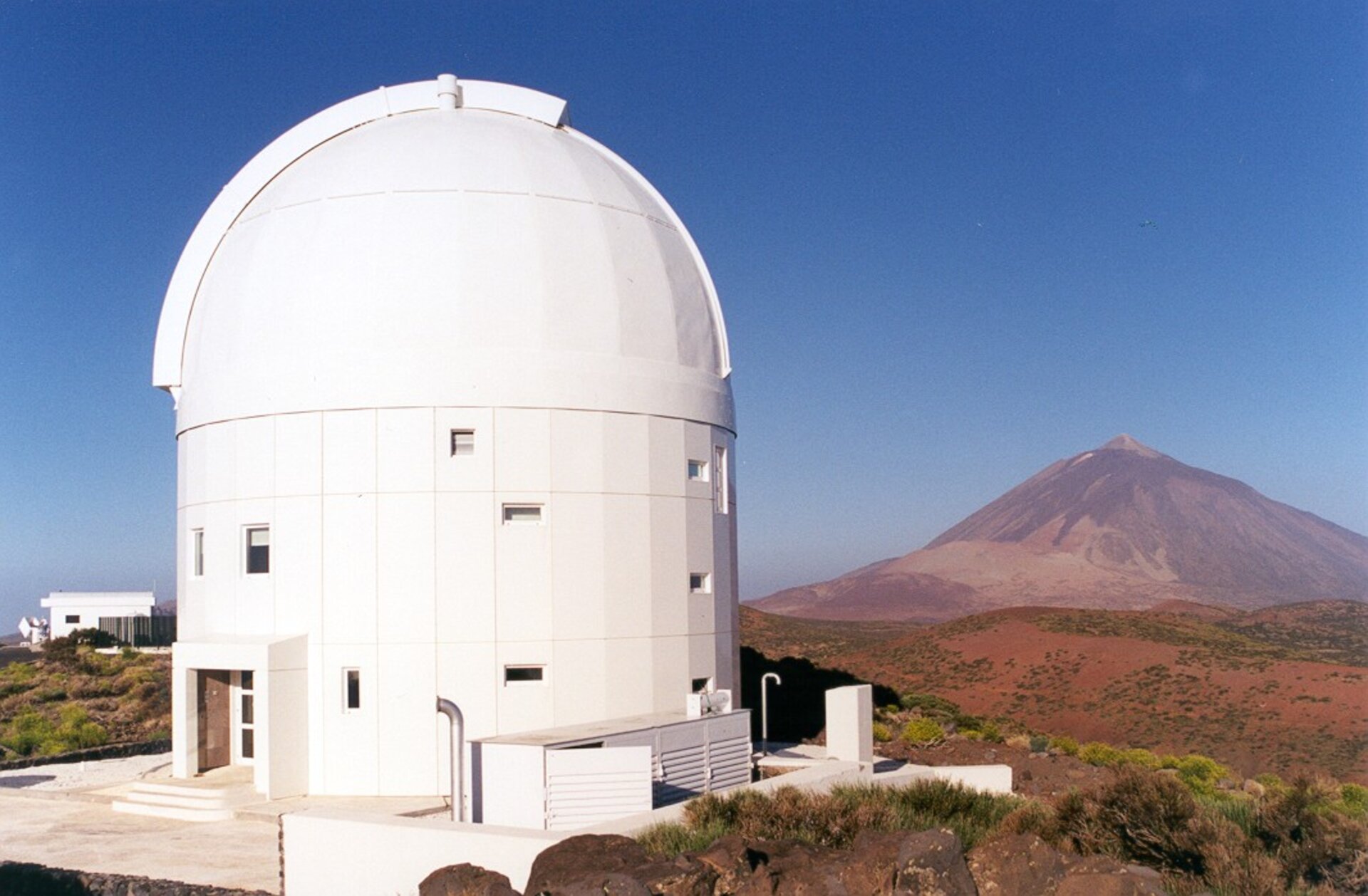 On 4 July, NASA’s Deep Impact mission will send a 370 kg copper projectile to impact on the nucleus of Comet 9P/Tempel 1. Tempel 1 is a short-period comet of the Jupiter family, whose orbit reaches a maximum distance out from the Sun to near that of Jupiter.

There is scientific interest in comets because their composition carries important information about the origin of the Solar System, as they have remained basically unchanged since then.

ESA’s OGS is located at the Observatorio del Teide on Tenerife, and is situated at an altitude of 2393 metres. This telescope was originally built by ESA for tests with laser links, such as on SMART-1, and for space debris observations.

It was also used for the commissioning and later for periodic check-outs of the laser communication terminal on board Artemis, ESA’s new data relay communication satellite.

The Tenerife site offers optimal conditions for Earth-to-space optical communications links, because to perform laser communication from ground to space, the sky must be perfectly clear, without any clouds. The path through the atmosphere must also be as short as possible.

Both conditions are satisfied at the Observatorio del Teide, which is situated above cloud level and is the closest point to the equator in an ESA member state.

ESA is also using the telescope for tests of newly developed camera systems and providing ground-based support for ESA missions. The current ‘charged coupled device’ (CCD) camera and long-split spectrograph mounted on the telescope are being used for monitoring of asteroids and comets in support of the Rosetta mission.

As the ices of a comet nucleus evaporate, they expand rapidly into a large cloud around the central part of the comet. This is the ‘coma’, or the atmosphere, of the comet and can extend for millions of miles. The cloud is very thin, however, up to 10 000 times thinner than a cloud in Earth’s atmosphere!

The comparison before and after the outburst provides information about the properties of cometary material coming from the interior of the nucleus, which is normally not accessible for any type of measurements.

The coma brightness and morphology provides information of properties of the outburst. The compositional analysis and the coma colours will prove information on whether the interior of the comet nucleus has a different composition and dust-size distribution than the near-surface material.