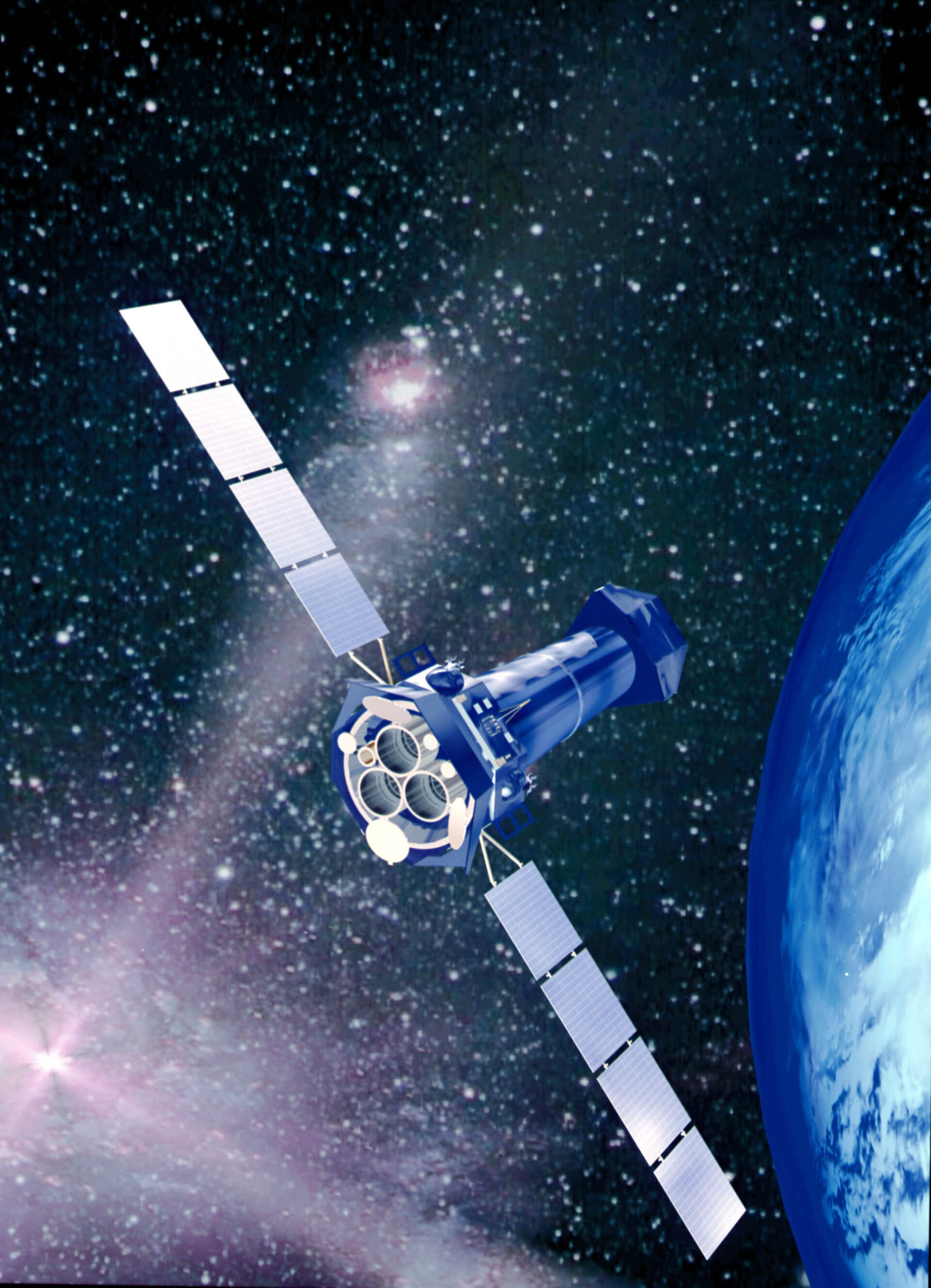 On 4 July, NASA’s Deep Impact mission will send a 370 kg copper projectile ('impactor') to impact on Comet 9P/Tempel 1, to dig into the secrets of its nucleus.

Comets are very interesting celestial objects. In fact, their composition carries important information about the origin of the Solar System, as they have remained virtually unchanged since then.

X-ray observations obtained by chance during a natural outburst from Comet Hale-Bopp showed a strong increase in X-ray intensity related to the dust-rich cloud that emerged on that event.

It was decided to commission ESA’s XMM-Newton X-ray observatory, one of the biggest science satellites ever built in Europe, to make X-ray spectroscopic measurements of this upcoming impact, and contribute to the rare knowledge about the properties of comets.

Spectroscopy - the spreading of light into a spectrum – is at the heart of the XMM-Newton observations and allows astronomers to measure a source’s composition.

In the same way the colour of a lamp indicates what gas is used in street lighting, the three scientific instruments on board XMM-Newton will reveal the deepest secrets of this comet, including its chemical composition and temperature.

Because the interior of a comet nucleus has been much less modified by solar radiation and cosmic rays, it is believed to be different from the surface crust and the material that sublimates there to form the comet tail. As a result of the impact, it is expected that a vast amount of this material will be released from the interior into space.

This induced outburst of the comet's nucleus and the expected X-ray emission will be observed by XMM-Newton’s three instruments. The X-ray spectrometer (RGS), the three X-ray cameras (EPIC) and its optical and ultraviolet monitor (OM) will collect information about the comet’s materials that is not usually accessible to observations.

All instruments used will operate simultaneously for a total of just over 24 hours. It is planned to observe for about 6 hours before the event and for 18 hours after it, which will allow XMM-Newton to observe changes in the composition of the ejected material.

When not observing Comet Tempel 1, XMM-Newton’s actual mission is to help solve many cosmic mysteries of the violent Universe, from what happens in and around black holes to the formation of galaxies in the early Universe. XMM-Newton has detected more X-ray sources than any previous satellite.

Its telescope mirrors are some of the most optically efficient ever developed and, with its highly sensitive detectors, XMM-Newton sees much more than any previous X-ray satellite. XMM-Newton’s high-technology design uses over 170 wafer-thin cylindrical mirrors spread over three telescopes.