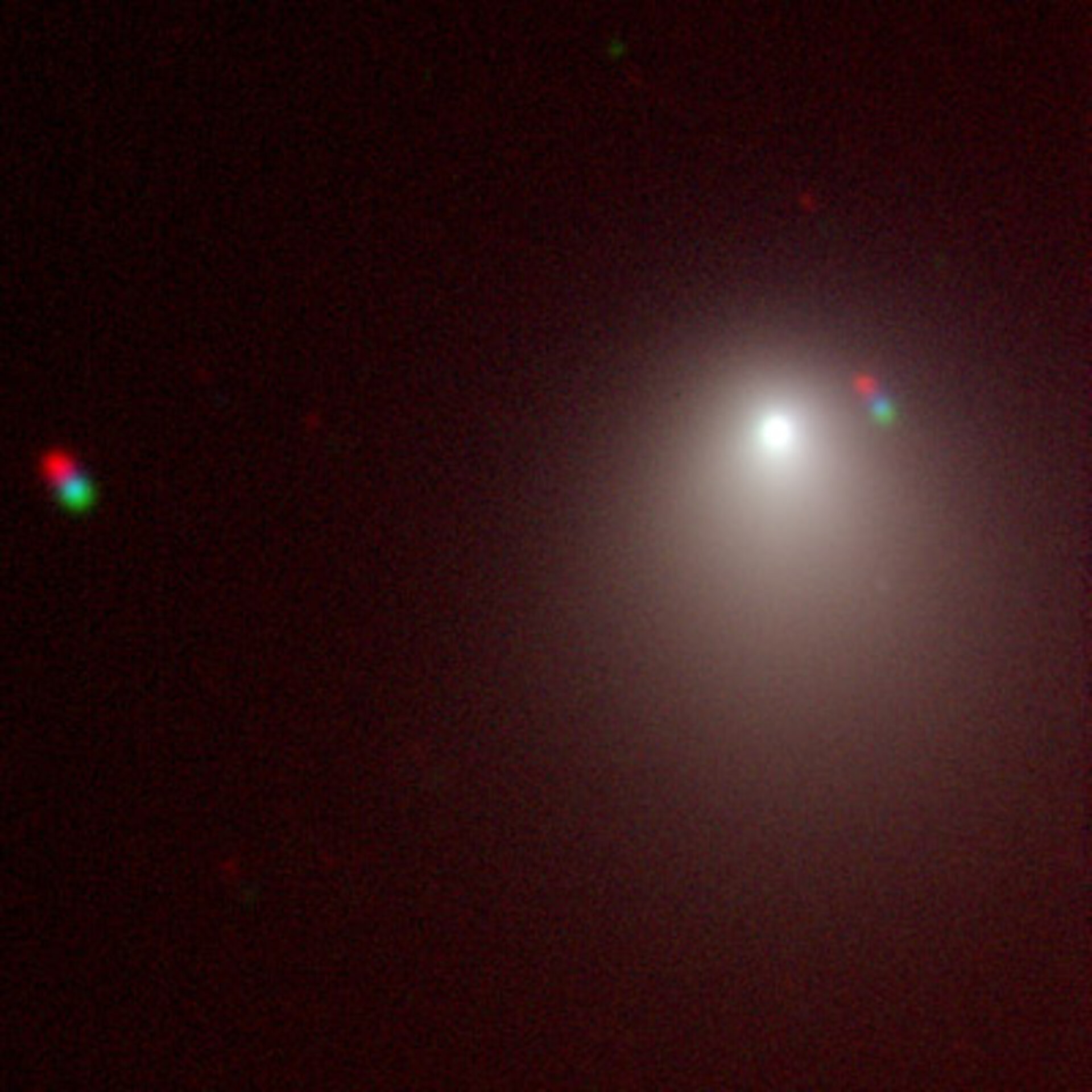 On 4 July 2005, the NASA Deep Impact spacecraft will visit Comet 9P/Tempel 1. It will launch a 370 kg impactor probe that should produce a crater on the surface of the comet and a plume of gas, dust and ejected material.

Although dramatic images of the impact may be sent to Earth in near-real time by the Deep Impact spacecraft and its impactor, the spacecraft themselves have limited remote sensing capability.

The parent spacecraft will observe the impact from 500 kilometres distance, and then turn to look at the other side of the nucleus, but most of the observations of the event will be carried out by other spacecraft and from Earth.

For this reason, a worldwide network of observers, both professional and amateur, is part of the Deep Impact project. Within the global network of space and Earth telescopes for this unprecedented astronomical event, Europe plays a significant role.

Two ESA spacecraft, ESA’s Rosetta comet-chaser and its XMM-Newton space observatory, together with the NASA/ESA Hubble Space Telescope, will monitor the comet before impact, and then watch the impact and its aftermath.

ESO’s Very Large Telescope (VLT) facilities in Chile will observe the event in a big observation campaign. ESA’s optical ground station at Tenerife, Spain, will also look at the impact.

Rosetta is in the most privileged position in space to watch this unique event, and will be able to monitor the comet continuously over an extended period.

Rosetta is likely to be one of the key observatories of this event because of its set of powerful remote-sensing instruments.

The Deep Impact experiment will be the first opportunity in time to study the crust and the interior of a comet. As the material inside the comet’s nucleus is pristine, it will reveal new information on the early phases of the Solar System.

It will also provide scientists with new insight on the physics of craters formation, and thereby give a better understanding on the crater record on comets and other bodies in the Solar System.

The scientific outcome of the experiment depends crucially on pre-impact and follow-up observations. Before the impact, it is necessary to find out as much about the comet as possible, such as size, albedo (reflectivity) and rotation period.

It is essential to have a good set of observations before the impact to unambiguously distinguish the effects of the impact from the natural activity of the comet.

Due to the currently limited understanding of the structure of these dirty ‘snowballs,’ it is not known what the effect of the impact will be. Some scientists predict the ejection of a plume and the creation of a football stadium sized crater. Others think that the comet could simply swallow the impactor with hardly any visible effect, or that it may eventually break up.

To prepare for the Deep Impact event, two teams of astronomers have already used ESO’s telescopes over several months to do pre-impact monitoring, taking images and spectra of the comet both in the visible and mid-infrared wavebands.

These teams make observations typically once per month, using either the 3.6m or the 3.5m New Technology Telescope (NTT) telescopes at La Silla.

ESO’s telescopes will also be used in the post-impact observations. As soon as the comet is visible after the impact from Chile, all major ESO telescopes – the four Unit Telescopes of the Very Large Telescope Array at Paranal, as well as the 3.6m, 3.5m NTT and the 2.2m ESO/MPG telescopes at La Silla – will be observing Tempel 1, in very close collaboration with ESA and the space mission’s scientific team.