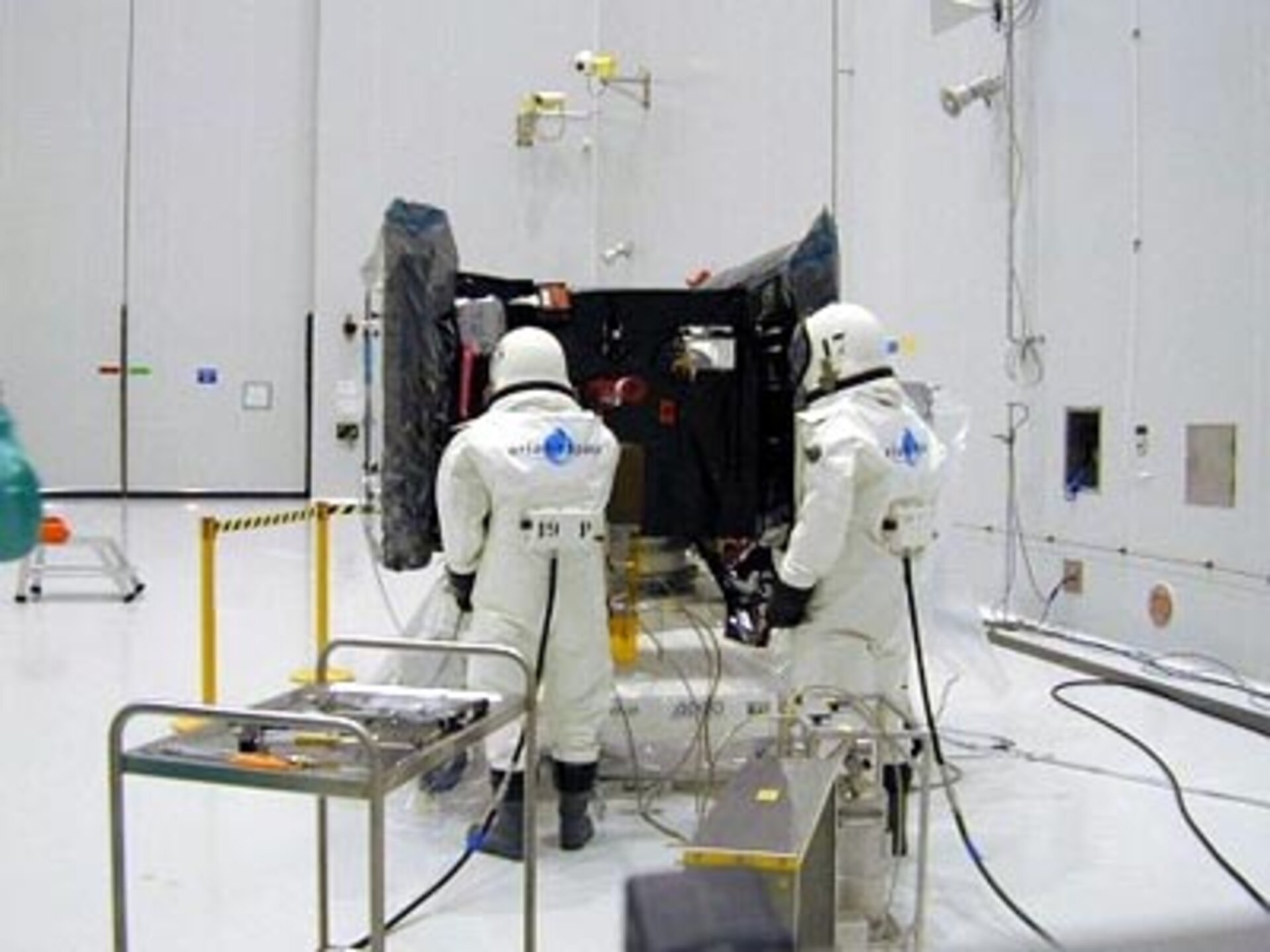 Hydrazine, which serves as the propellant for the attitude control system, is a highly toxic fuel and the loading procedure requires a high degree of care and attention. This is the last fuelling stage for the spacecraft. The 82 kg of Xenon, necessary to fuel the electric propulsion engine, was loaded at ESTEC, before shipment to Kourou.

SMART-1 requires a small amount of hydrazine, about 8 kg, but the toxicity of the fuel and the complexity of the operation mean technicians must apply the same precautions as for fuelling large spacecraft. The picture shows two technicians from Alcatel Space Cannes busy with the fuelling operations in the hazardous facility S5B at the Spaceport.

There were no problems and the hydrazine was successfully loaded. Subsequently the spacecraft was weighed and its flight mass confirmed as 366.5 kg.

After fuelling SMART-1 was powered up to verify proper electrical functioning and then mated on the launcher adapter, the interface with the launch vehicle. Everything has to checked with great care because, in case of malfunction of the separation system, SMART-1 would not be able to activate its systems. From now on SMART-1 remains mated with the adapter until separation in orbit.

With all checks complete the spacecraft was handed over to Arianespace, who will transport it inside a special container (the CCU) to the final assembly facility (BAF), where the V162 launcher will be finally assembled.