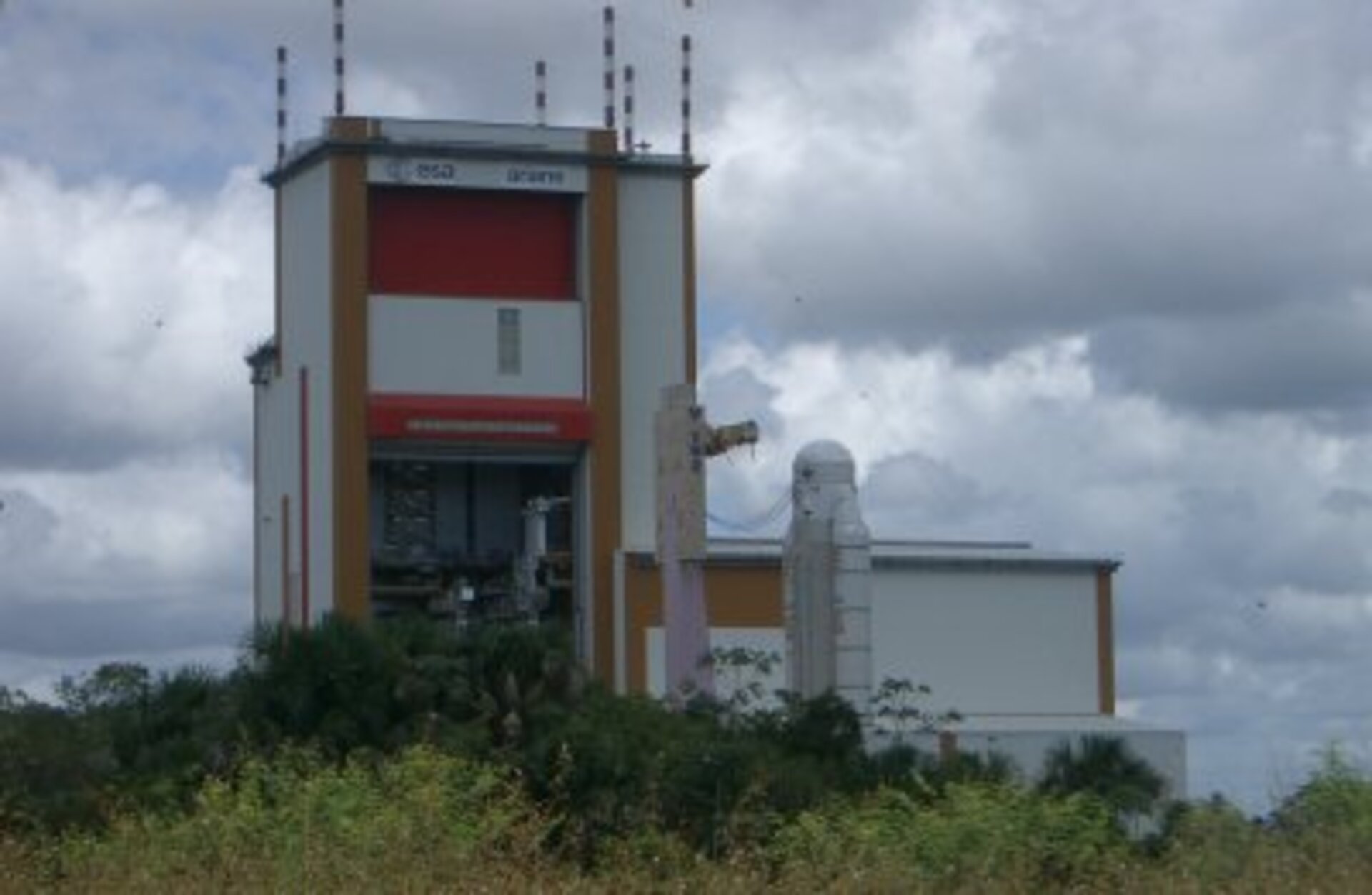 The lower part of the launcher comprises the cryogenic main core stage (with the vulcain main engine, oxygen and hydrogen tanks), two solid rocket boosters and the upper stage, including the vehicle equipment bay where the SMART-1 adapter will be installed.