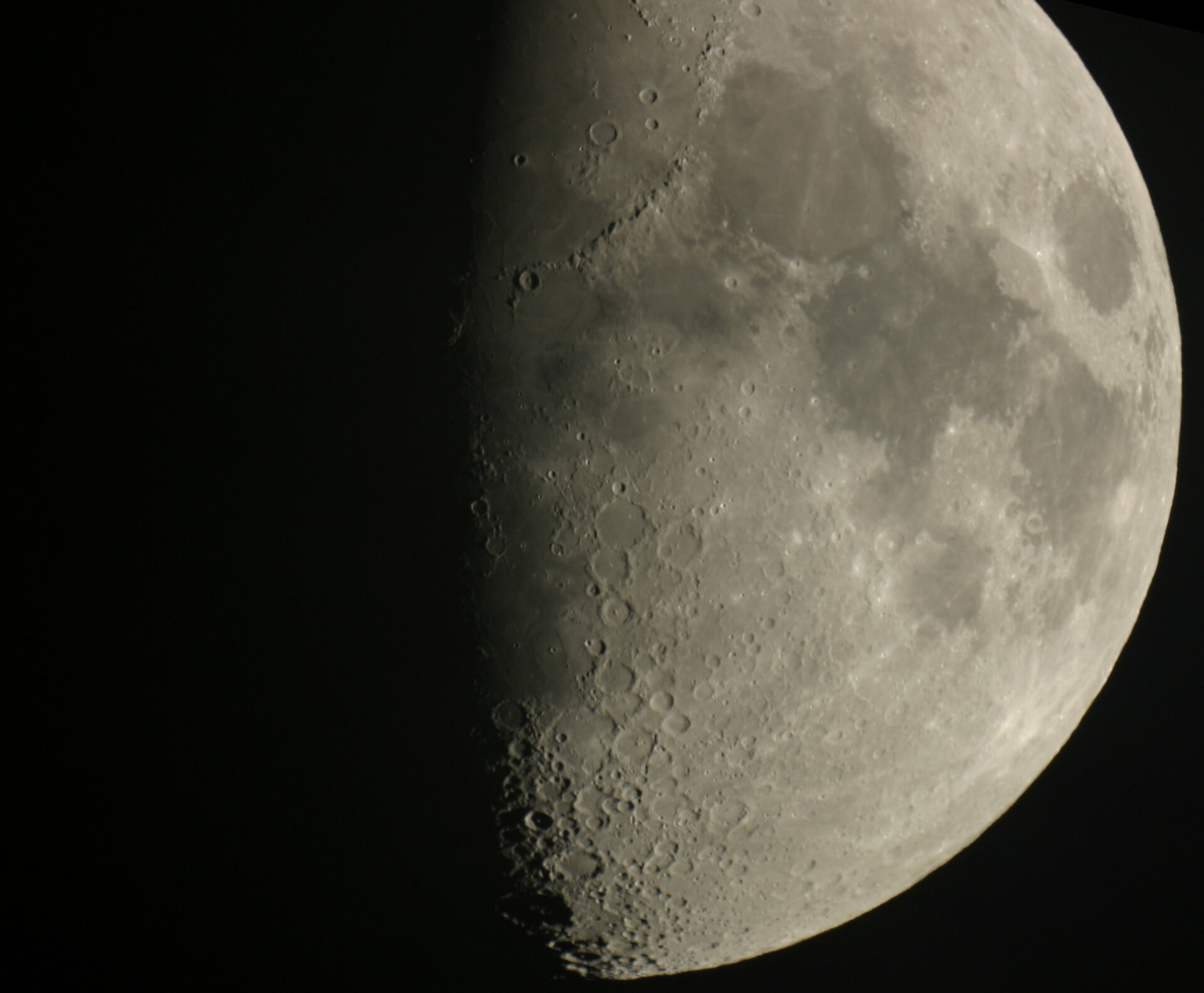 Preparing to watch the impact by ESA's SMART-1 spacecraft, amateur astronomers worldwide are keeping a close eye on the Moon in an observation campaign coordinated with SMART-1 scientists.

At the beginning of July this year, the lunar phase was similar to the one that observers on Earth will see at the expected time SMART-1's impact, now expected on 3 September 2006 at 07:42 CEST. As a result, during the month of July, several amateur astronomers started imaging the impact site.

The Moon as seen in these images shows a slightly earlier phase than on 3 September, when it will be a bit more illuminated, but when the impact site will still be in the dark.

The first image, taken by German amateur astronomers Christian Bauer and Silvia Kowollik, shows a lunar phase very similar to that visible at the expected time of the SMART-1 impact. The impact site is situated in the dark area at the bottom left of the picture (North is up, East is left).

The impact is expected to occur in the Lake of Excellence, an area just south of Mare Humorum, at 34.2º South and 46.2º West. This area is a cratered highland terrain, as shown in this other image taken by Silvia Kowollik on 8 July 2006 at 23:17 CEST.

Other groups have been using spectrometers to observe the impact site and some of the targets observed by SMART-1.

Spectral data obtained in the visible and infrared can give information on the mineral composition and weathering of the surface.

“It is great to share the SMART-1 adventure with amateur observers,” says Bernard Foing SMART-1 Project Scientist. “Actually, once you have navigated with your eyes and telescopes over the lunar landscape that SMART-1 has also over flown, you just would like to be there and explore.”

"The SMART-1 amateur observation campaign is a good opportunity to rediscover the Moon from our backyard and to make it accessible to everybody," added Detlef Koschny, ESA planetary scientist and coordinator of the amateur campaign.