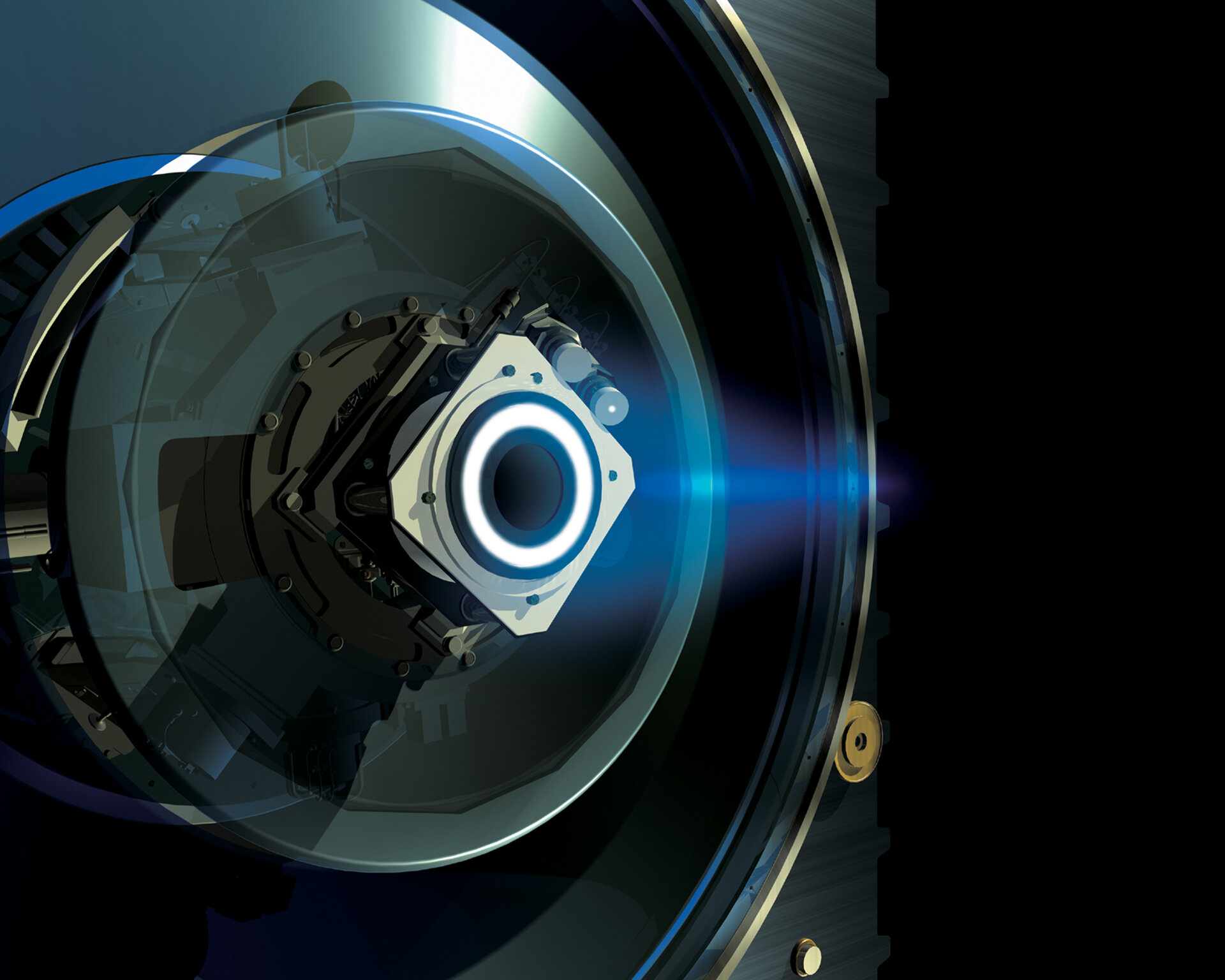 On 25 October 2004, ESA's SMART-1 fired its solar-electric propulsion system, or 'ion engine', for the last time on its way to the Moon.

This small correction manoeuvre lasting about four hours was necessary to correct the slight over-performance of the engine during the last long burn of 100 hours between 10-14 October.

The ion engine firing will be resumed only in lunar orbit on 15 November for a 4.5-day burn, to reduce the lunar orbit. But from now on the spacecraft will proceed unpowered in its journey towards the Moon - where it will arrive on 15 November.

In the meantime, SMART-1 will perform another two orbits around Earth. The last time SMART-1 will approach Earth, or the lat time at the lowest point of its orbit, will be on 2 November 2004 and, finally, the last part of this Earth orbit will lead to the capture by the Moon on 15 November.

After that it will continue orbiting around the Moon in smaller loops until it reaches its final operational orbit (spanning between 3000 and 300 kilometres over the Moon’s poles) in mid-January 2005.

From then on, SMART-1 will start a six-month comprehensive survey of key chemical elements on the lunar surface and will investigate the theory of how the Moon was formed.

Up to 26 October, and the 289th engine pulse, the SMART-1 solar-electric propulsion system has accumulated a total 'on' time of nearly 3648 hours, consumed about 58.8 kilograms of xenon fuel and gave the spacecraft a speed of about 2737 metres per second (nearly 10 000 kilometres an hour!)