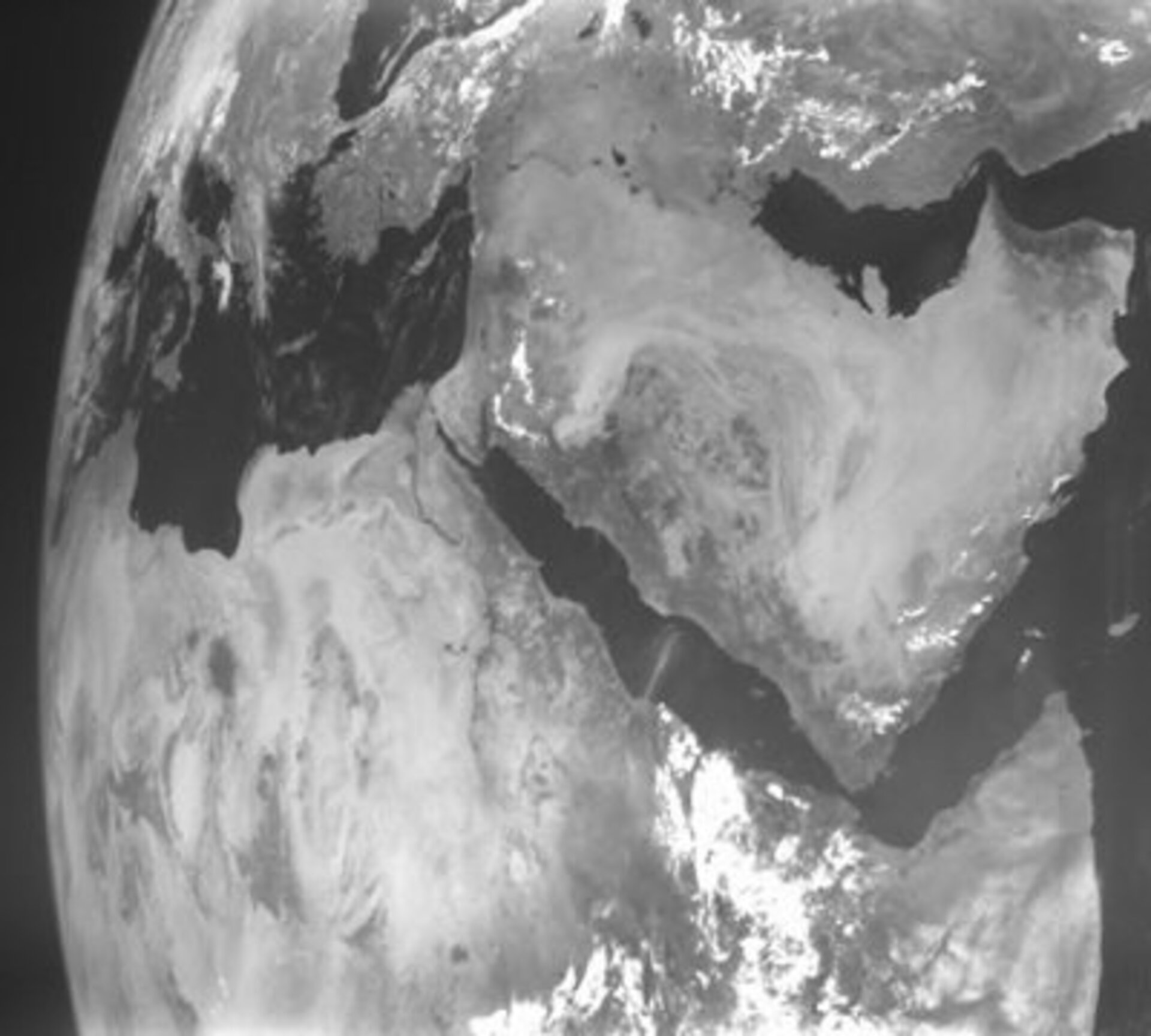 Now more than 100 000 kilometres away from Earth, ESA's Moon-bound spacecraft SMART-1 looked back at Earth and returned this planetary perspective of the Middle East and Mediterranean Sea.

'Smart' usage of the solar-electric propulsion system (the ion engine) has saved a lot of fuel and the spacecraft will get to the Moon earlier than expected.

Almost 20 kilograms of the xenon fuel could be saved out of the original 84 kilograms, which could then be used to get closer to the Moon than planned, to within distances of between 300 and 3000 kilometres. This will give a coverage of the lunar surface at higher resolution and sensitivity.